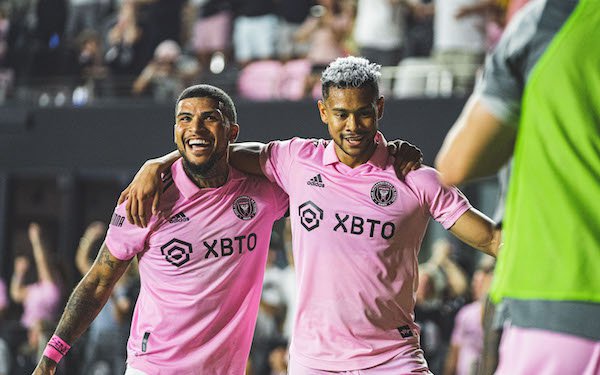 Surging Inter Miami clinched a berth in the 2022 MLS playoffs with a 4-1 win over Orlando City.

Retiring Gonzalo Higuaín scored twice to give him 14 goals in his last 15 matches. The Herons have won four straight games to return to the playoffs for the second time in three years.

This season's playoff berth is quite an accomplishment because Inter Miami was handcuffed due to MLS-mandated spending restrictions and it started the season with one point in its first five games.

The Florida derby at DRV PNK Stadium was one of two Eastern Conference games played on Wednesday.

The Columbus Crew blew another late lead when it had to settle for a 2-2 tie at Charlotte FC after conceding a tying goal by Andre Shinyashiki in the fourth minute of stoppage time.

The result moved the Crew into sixth place though it didn't significantly change its clinching scenarios. It will need a win or tie at Orlando City in their final match of the season to advance to the playoffs. If it had beaten Charlotte FC, a FC Cincinnati loss at D.C. United on Sunday would have also been enough to send Columbus to the postseason.

FC Cincinnati will clinch a playoff berth for the first time unless it loses at D.C. United and Columbus and Orlando City tie.