Leicester -- the unlikely birthplace of the mass-produced replica shirt 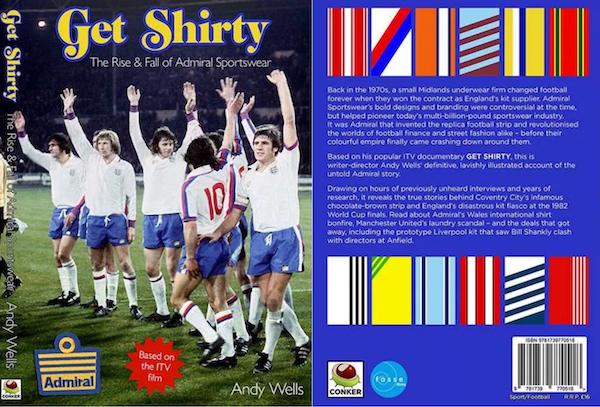 The other day I was perusing the online shop of my childhood team, Lincoln City, which plays in England's third tier. The home version of their usual red and white striped shirt comes in a broader version this season. The away model is mostly black, with red pinstripes. There's a third shirt too, which is white, but daubed with turquoise streaks. What for? To make cash out of you and me, of course. The worst thing — even with that awareness, I was seized by the realization that I genuinely wanted to own all three.

I can remember the first Lincoln City shirt I ever wore, back in the 1970s. It was made by Umbro and had to be ordered a long time in advance of whatever birthday or Christmas it was to be my yearned-for gift. There was no walking down to your sports shop and picking it off the rack. The shirt was a rarity, even among boys at my school, and I wore it until I grew out of it, and then some more. Once that had happened, though, there was no larger size to replace it, because there was no adult market. Grown men or women were yet to start showing their support by dressing up as a player. Hero worship and fantasy aspirations were the preserve of youth.

What's changed? In this wonderfully researched chronicle, writer Andy Wells tells the unlikely story of upstart UK sportswear firm Admiral, which was based in Wells' home city of Leicester in the English Midlands. At a time when replica shirts were of generic design, and without club badges, Admiral revolutionized the landscape in the early 1970s by persuading (and paying) clubs for the right to re-design their jerseys, and then to re-produce them for that most energetic, eager and relentlessly pleading market of them all — young boys obsessed with soccer.

Get Shirty interviews the men and women who made it happen, including Lindsay Jelley, who'd just left college with a fashion degree when she answered Admiral's ad in a local paper for a sportswear designer. Although she had no interest in soccer, "right from walking in the front door [at Admiral], it felt buoyant and innovative," she tells the author. Without any prejudices on what a soccer uniform should look like, and with all previous templates "ordinary and very plain," Jelley and her team set about adding stripes and adjusting sleeves and collars in a way that still cleaved to tradition, but also woke up teams and pundits alike to the idea of changes in color, texture, material and design. 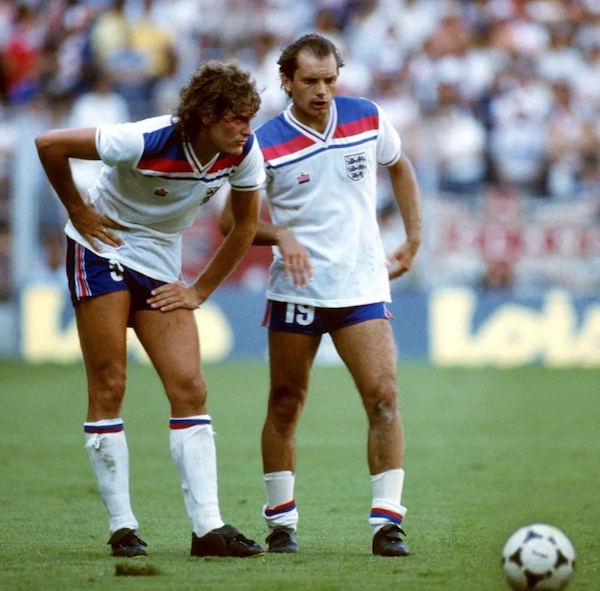 We trace the history of Admiral's predecessor company Cook & Hurst as a maker of underwear both for the British Navy and the country's nuns ("the ecclesiastical undies," recalls managing director John Griffin. "A very difficult garment to make"), but the book really hits its stride when Admiral's leading lights spread across the country and start turning up at first division soccer clubs to make their pitch to the top managers of the day — Don Revie at Leeds, Tommy Docherty at Manchester United ('The Doc' was very pushy about getting a cut), and Bill Shankly at Liverpool. At the latter club, Admiral's owner Bert Patrick takes up the story:

"We met the players in the players' lounge, they were all there: [Kevin] Keegan, [John] Toshack, Tommy Smith, Steve Heighway. And I showed them the samples and they thought they were fantastic. And then they said, 'The boss is coming to come in soon ... Shankly.' We put Steve in the kit. A few minutes later, Shankly comes in, sees Steve Heighway, and he said, 'It's nae a bloody circus, Stevie. What's all this?' And the players just crowded round him and said, 'Look, boss, we want a change of kit. It's good, let's go with Admiral.'"

The players weren't just interested in looking good — they'd heard that at other clubs, such as Leeds, players were getting most or all of the money that Admiral was paying for the benefit of being the supplier. The sports establishment, in the form of the English Football Association and the gerontocratic, all-male media, thought it was all terribly crude and commercial. When two Admiral-kitted teams — Southampton and Manchester United — met in the 1976 FA Cup final, the BBC told the company that they could not film the players coming out of the tunnel with the firm's name in huge letters across their warm-up tops. That was akin to free advertising. Fine, said Admiral, we'll put it on the back instead, fully aware that the cameras would also be filming the teams from that angle too.

By this time, rival Umbro had cottoned on to the potential of replica shirts and, in the words of Wells, "a replica kit 'arms race' was hotting up." Also involved was Bukta, and the German giant adidas, who managed to snuff out Admiral's expensive and ill-advised attempt to tread on their territory in the Bundesliga (only Eintracht Frankfurt signed a contract with Admiral, and it lasted just one season). 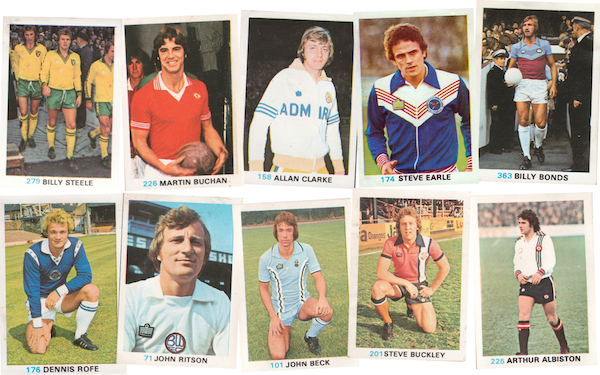 It was this kind of cavalier management decision — in tandem with the decline of the UK textile industry, as well as even more competition muscling in on a limited number of teams in the shape of companies like Le Coq Sportif and Patrick from France — that helped to usher in Admiral's eventual decline, leaving us only with a scrapbook of sportswear classics. To name but a few: Manchester United's white away shirt with thin black stripes down the left side; the 'tramline' kits of Coventry City and the Welsh national team; West Ham United's home shirt boldly reimagined; and the England top for the 1982 World Cup, shocking the purists for no longer being in plain white. Oh, and no doubt shocking those purists even more, several kits for the North American Soccer League too.

Conker Editions has a knack for books like this, balancing just enough text with bright and sometimes blurry nostalgia-hewn pictures for the wondering eye, while outlining in entertaining detail how we've moved from soccer's burgeoning commercialism of the 1970s to the cash-saturated business of today. Not that a savvy punter like myself would ever be taken in by childish gimmickries like louder colors, slightly adjusted stripes and a novelty collar. Now, if you'll excuse me, I have other things to do. I'm a busy middle-aged man with an online account at the merchandising section of an English third division soccer team ...

(Ian Plenderleith’s new book "Reffing Hell: Stuck in the Middle of a Game Gone Wrong" is available on Amazon Kindle in the USA, or as a good old-fashioned print book directly from its UK publisher, Halcyon.)