Ref Watch: Model behavior and the coaches who disgrace themselves and their clubs 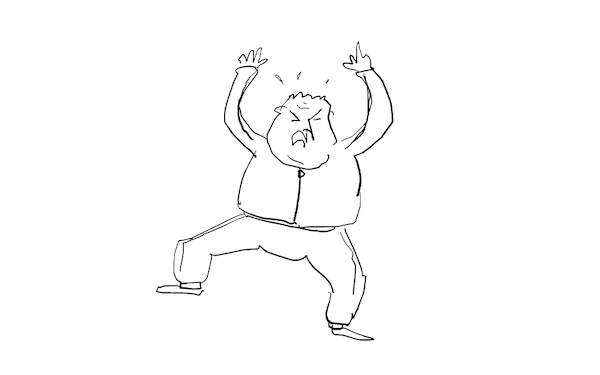 The first half of this boys’ U-15 game is one of the most peaceful I’ve refereed all season. There are only two fouls, and a mild query from the away team about a possible offside on the home team’s first goal. As is often the case, the defenders have turned around to see that a player with the ball has outsmarted them. I tell them that he wasn’t offside when the ball was played, and we get ready for the restart without any further discussion. Their coach is much more vociferous. I ignore him.

At halftime, with his team 3-0 down, he walks over to me and starts complaining about the offside decision, and not in a civilized way.

“It’s because I’m a shit ref,” I reply mildly. He hesitates for a second, then starts to moan about something else, but I interrupt him and say, “I told you already. It’s because I’m just a shit ref. What can you do about it?”

Then I walk away to my changing room (broken into during the first half, but nothing taken because I hide my phone well and never take my wallet with me when I ref). 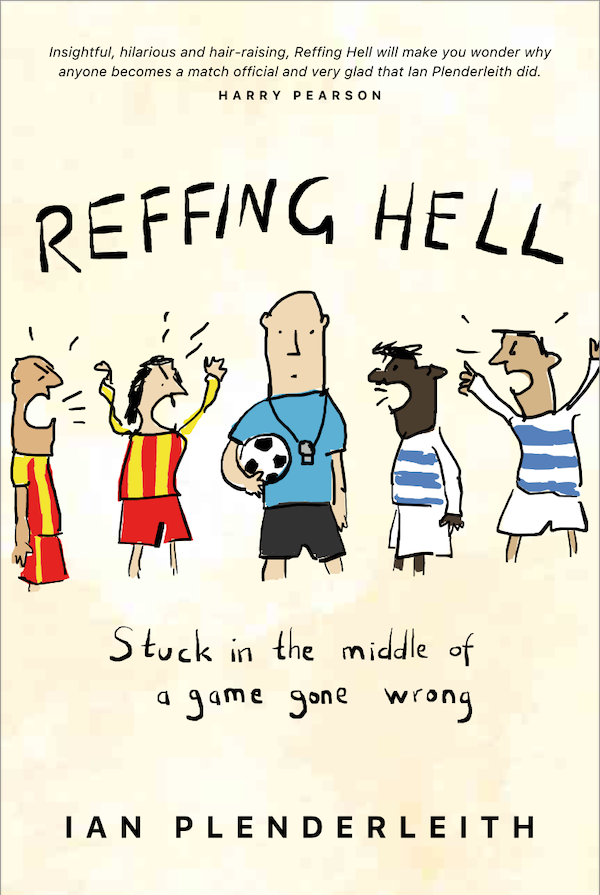 In the second half, the angry coach’s previously polite and well-behaved team decides to follow the adult’s example and, the more goals they concede, the more disrespectful and insolent they become, especially the captain. He goes in the book, and later — after a clear and deliberate handball from a teammate — gets a five-minute time penalty for sarcastic applause, an offense I’m always particularly happy to punish. There’s also a yellow for another teammate, for angrily belting the ball away after he’s called up for a foul.

Meanwhile, the coach starts up again. After coming on to treat a player for an injury — during which he chunters on at me about something or other — the gentleman remains on the same side of the field as the two home coaches, and they get into a verbal fight before squaring up to each other.

I go over, separate them, warn them officially for irresponsible behavior, and order the away coach back to his side of the field. He keeps on at me about a phantom yellow card I should have given to the home team at some already-forgotten point in time. I give him a second and final warning, to which he responds, “I could already tell before the game what kind of a referee you were.” For his extra-sensory mental powers, he’s dismissed for good.

All this in a one-sided game without a single controversial decision. At the end of the game (8-0), the away team’s goalkeeper comes running up to me, incensed, and squeaks that he’s going to report me to the state FA. I’m tempted to tell him that his time would be better spent watching a video called ‘The Absolute Basics of Goalkeeping.’ Instead, I revert to one of my old favorites. “Are you a referee?” I ask him. He looks confused. “No. Why?” he responds. “Because we always need top experts like yourself to become match officials. You should join our next training course.” Although I’m also looking forward to his doubtless enlightening dossier to the state FA on my shameful performance.

In the disciplinary report I write: “This was a classic example of a coach serving as a poor role model by having a pernicious effect on the young men he should be influencing in a positive manner. He disgraced himself and his club either because he was unable or unwilling to accept the heavy defeat, or because he is incapable of supervising, in a responsible and sporting manner, a group of adolescent boys.” And next season he’ll be back there standing on the touchline, waving his arms around and shooting his ignorant gob off.

1. Can soccer back up the claim that its rules contribute to the safety and welfare of players? By Paul Gardner

2. Bodycams for referees: Is there no better solution? By Ian Plenderleith

referees, youth
9 comments about "Ref Watch: Model behavior and the coaches who disgrace themselves and their clubs".
Read more comments >
Next story loading