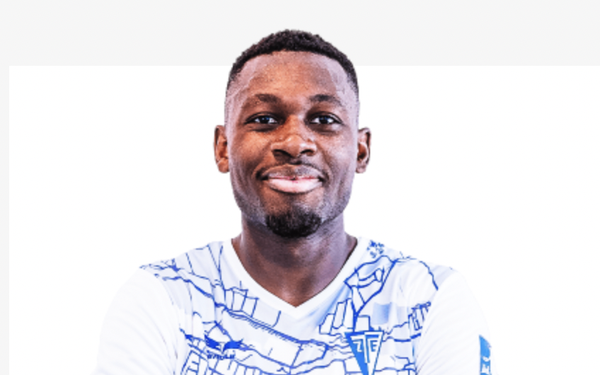 In American soccer, there are numerous ways for players to develop and find their ways to the top.

The MLS homegrown route is the most typical for top American players in the current era, but there are also some who play in USL or go straight to European academies.

The college soccer route was far more common in earlier eras, but it still produces very good players. UVA’s Daryl Dike and the Syracuse duo of Tajon Buchanan and Miles Robinson are some of the best examples over the past five years and each of these players has had impressive international accomplishments recently.

Eduvie Ikoba, who will turn 25 on Wednesday, is a player not readily familiar to American fans but is a player off to a terrific start in Hungary’s top tier, the NB 1.

The Bettendorf, Iowa, native is currently tied for the scoring lead in the NB 1 with Zalaegerszegi TE (commonly known as ZTE) with seven goals from eight appearances and just 523 minutes. The 6-foot-4 center forward is currently on a run of seven goals in six games. Six of his goals have come via a header.

He’s been the breakout star of the NB I, where fifth-place ZTE hosts 10th place Honved on Saturday.

“I feel really good right now,” Ikoba told Soccer America. “I came back here to ZTE with the idea that I wanted to have the best season possible. I felt like I had the capacity to play like this, but for one reason or another, I haven’t been able to show that in previous seasons. I'm glad that my hard work has been showing off and I hope that more goals are going to come and more success for myself and for our team.”

It is easy to see why Ikoba has been overlooked. College soccer is not often seen as a springboard for professional players, and it is exceedingly rare to see top professionals stay in the college game for four years. But Ikoba crafted his trade in the Ivy League with Dartmouth College and had a priority on education.

“I was very thankful that I was able to pursue my dreams of playing as a professional while also getting a quality education,” Ikoba said. “It was difficult for me balancing the two, but I think it benefited me greatly because by the time I graduated and came to Europe, I felt like I was very capable of adapting to different environments. I also had confidence in my own ability and the fact that a lot can be accomplished just through hard work and staying disciplined.”

During his senior season, however, he struggled with hamstring injuries. His goal for the year was to impress at the MLS Combine, get drafted, and start a career. But the recurring injuries set him back, and he had three separate hamstring injuries in the six months leading up to the combine – including one two weeks before the combine.  He didn’t perform as well as he wanted at the combine and was selected with the 63rd overall pick by FC Dallas in the 2019 SuperDraft.

Ikoba reported to preseason, but he left without earning a contract. He appreciated that FC Dallas still wanted to help him, but he elected to start abroad.

“I was lucky enough to get drafted by FC Dallas and even there I still had issues with the hamstring, and I didn't play or I couldn't train the last week that I was with them,” Ikoba recalled. “They released me and said, okay, maybe it's best for you to go back to university to finish your degree… They were very respectful to me. And I know that if I had been healthy, I could have shown a lot more than I was able to.  They were willing to help me maybe find a team in USL or somewhere else. But I was set on going to Europe at that time.”

Ikoba has continued to follow the game closely back at home – especially as his younger brother, Tega Ikoba, 19, is also a center forward and on a professional homegrown contract with Portland Timbers, where made his MLS debut this season. The two brothers speak often, and Eduvie often serves as Tega's mentor.

“At this time, the big goal for me was to play in Europe and I want to see what exactly I'm capable of doing as a professional,” Ikoba said. “I knew that this was the best option for me. But things have changed in a positive way in the U.S. I see players that are going directly from MLS to having success in Europe. Also players that are coming from Europe or South America and are very talented and regarded highly in their countries, and they're choosing the MLS because they recognize the quality of the league. They see that it's improving and that it is popular not just there, but also internationally now.  I don't think that the league is the same as when I was growing up.” 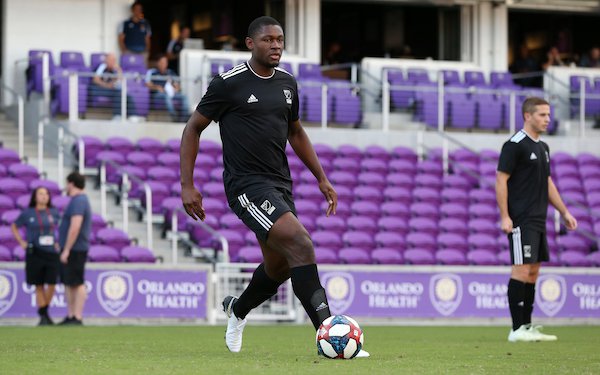 Getting to Europe after the FC Dallas preseason took a bit of good fortune for Ikoba. At the time, his girlfriend was a Hungarian basketball player and through a contact in her family, he was able to secure a trial with ZTE – where he impressed to earn a professional contract.

Now amid a breakout season, it has pushed him to believe that more is possible for him than he even expected.

“I feel more and more of a belief that I can play at a higher level and in bigger leagues, for sure,” Ikoba said. “The good thing about my time in Slovakia was that although I wasn't necessarily able to show improvement through statistics, I feel like all my mental strength grew significantly in this time. I had a lot of difficulties, whether it was injuries, with the coach, or just a lot of different problems -- I had to go through them and I think each of them made me stronger. Even before I came back to Hungary. I was a different person than when I left.”

Ikoba grew up in Iowa with three brothers and two sisters and it was a tough place to develop as a player. Watching games was tough -- his family didn’t have cable -- but he became inspired while watching the weekly Premier League games and U.S. national team games where he drew inspiration from Landon Donovan and Clint Dempsey. The 2006 World Cup was especially influential on Ikoba.

In a few weeks that feeling will return.

Ikoba will be on a break for the World Cup, and he looks forward to watching all the U.S. team’s games and he dreams of getting his chance with the team in the years ahead.

“My first goal when I saw professional soccer was to play national team,” Ikoba said. “And later I started to learn about clubs in the Champions League, for example, and all the other clubs. But for me, I feel like it would be great to have the pride of representing your country on an international level... I don't focus on it too much. I'm sure that if I'm able to continue in a positive way, then at some point there's going to be a possibility to experience that dream of mine.”