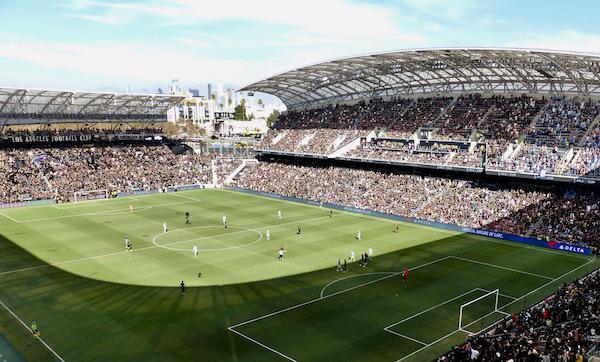 Much of the uncritical, almost hysterical praise that got piled on to MLS Cup 2022 — the game, I mean, just what happened on the field — sounds pretty silly when you listen to it 24 hours later (which I’ve just finished doing).

Which is a pity, because this really was a damn good final - and heaven knows we (not just MLS, the whole of soccer) have had to put up with a series of miserably rotten finals in recent years.

I’m not saying the game lived up to its billing. It didn’t, thank heavens. These days one should really talk about a game living down to the hype - which gets more and more inane as the years gallop on.

No, forget all that crap. Difficult, I know, when the TV voices — particularly those garrulous panel guys — insist on prolonging it. So the expert opinion, instead of being a reasoned and intelligent description of what’s going on, becomes nothing more than a breathlessly hyped table-banging yell. Again, another pity — this game deserved better.

To look at the soccer on view: no, it wasn’t the best you’ll ever see. But it came over to a massive degree as tremendous entertainment. MLS Cup gave us a bit of everything that soccer has to offer, and served it up with gusto amid an electrically charged atmosphere.

And I’m talking about how it came over on television. The video part. Yes, the game of soccer. Skillfully played by both teams. Made the more intriguing because of a clash of playing styles. Philadelphia being, unarguably, proponents of a physical approach. LAFC being more skill-oriented.

I’m not saying Philadelphia plays dirty. Not at all (well, there was one exception which I’ll deal with shortly). But from Philadelphia you get things like hard work, speedy, forceful running, a relentless intensity to possess the ball and what I shall have to call “bravery” (can’t think of another appropriate word) - a sturdy determination not to back down.

That’s a pretty worthy assembly of athletic — sporting, that is — talents. But obviously we get more — we get good soccer, because all those skills make soccer sense only when they are marshaled to serve the sport.

In that sense, I thought Philadelphia played brilliantly. Better than LAFC? No. This was an almost perfectly balanced game, with neither team showing clear superiority. And this I must insist on: there was no loser here. The game, after many an up and many a down, ended at 3-3. It needed the shootout to pry these two teams apart.

That should have been damagingly anti-climactic to the occasion, but the rampant euphoria proved so overpowering that it seemed to be barely noticed.

So be it. We’d had plenty of excitement — not least because we got goals — six of ‘em. Late goals, too, with two of them beautifully taken headers from defenders - LAFC’s Jesus Murillo, and Philadelphia’s Jack Elliott - two late goals that sent the game into overtime at 2-2. Two more late (and therefore excitingly dramatic) goals - ensured a 3-3 tie at 120 minutes. And these were ridiculously late - scored in the time added to the 30-minutes of overtime. Elliott scrambled the ball in for his second, putting Philadelphia ahead 3-2.

Five minutes later — now in the seventh minute of 9-minutes of added time - up pops LAFC’s Welshman Gareth Bale, to head home and make it 3-3. Yes, LAFC’s star signing who had seen very little playing time since joining the club four months ago. But this was the goal they’ll all remember, the goal that kept LAFC’s hopes alive, the goal that brought on the shootout.

I have never liked the shootout, regarding it as a totally synthetic addition to the real game and certainly not an authentic way of deciding a game. So, yes, I did find the climax of this terrific game a letdown. And, in fact, this particular shootout lacked suspense. LAFC went ahead, and stayed ahead. Philadelphia’s shots were, sad to tell, awful. Non-existent really - they registered a glaring 0 in the scoring column.

So LAFC took the shootout almost unopposed. With it came the MLS Cup trophy. LAFC had certainly done enough during the real game to warrant the title. They played the better soccer with, inevitably, Carlos Vela shining as the masterful cool mind in a game of red hot excitement. 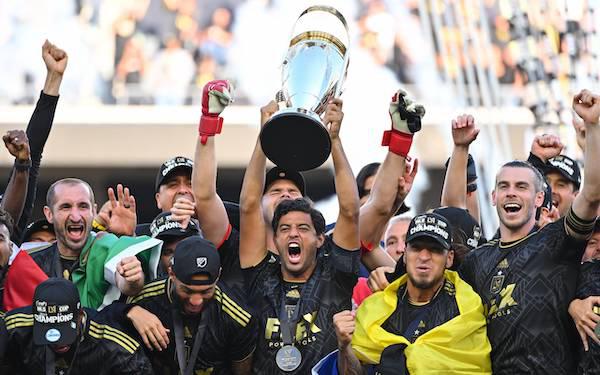 But it would have been quite in order for Philadelphia to have run out winners. And they had a star performer for the occasion. A defender of all people - Elliott, who scored two goals.

Elliott, though, was a lucky man. It didn’t take him long (just 13 minutes) to get himself yellow-carded for a super-late and very physical challenge on Ryan Hollingshead. Six minutes into the second half Elliott was again in trouble — this time for a flagrant elbow to the face of Cristian Arango. A clear yellow-card foul. Referee Ismail Elfath called the foul but — amazingly — did not give the card. Maybe even more amazingly, the VAR did not jump in. Had the yellow been given, Elliott (already cautioned) would have been sent to the showers, reducing Philadelphia to 10 men.

No ifs or buts here. Elliott should have been ejected. Yet I was glad he was spared. I find games of 10 vs. 11 an unbearable distortion of soccer, almost unnatural. My suggestion has been for some time now, that while red-carded players should be thrown out, they should be replaced. For a real game of soccer you need 22 players.

The ramifications of having to play with 10 men, none of them good, are greatly magnified when the game, as here, is a final — and no referee would want to face the accusation of “ruining the game.”

Certainly it would have taken something as drastic as an ejection to ruin this game. We were learning, during its progress, that the more physical play of Philadelphia was not carrying the day; they ran up 21 fouls during the 90-minutes of regular time. But LAFC was coping nicely on a meager output of 12 fouls.

We did get a red card. Like so much in this hectic game, it came late, and carried two surprises. It was, perversely, LAFC, not Philadelphia, who got it, and it was LAFC’s goalkeeper who was ejected. Red-carding goalkeepers is not a common happening.

With defeat looming large, LAFC had to play the final 15 minutes with 10 men. Desperation time — and the perfect scenario for Bale to arrive, the deus ex machina to put the soccer world in order.

Maybe he did that. Anyway that’s what they’ll tell you in Los Angeles. In Philadelphia they’ll have a different idea about how the soccer world ought to look.

Just one thing is for sure. LAFC and the Philadelphia Union gave us a game to be remembered. And frankly, I find myself wondering whether the World Cup final that’s coming up shortly in Qatar will be better. I rather doubt it.

mls
7 comments about "MLS Cup 2022: At Last -- a final to be remembered".
Read more comments >
Next story loading