Will Qatar 2022 be a Qatarstrophe? 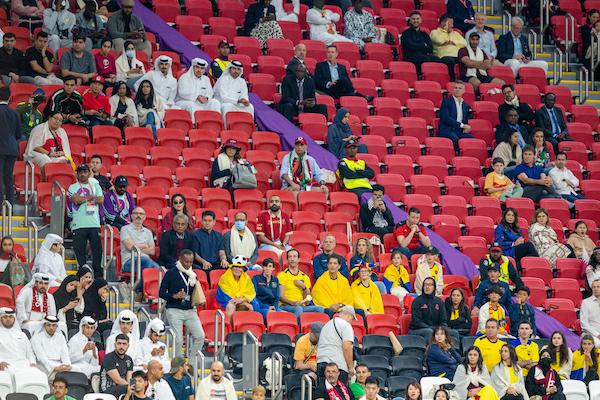 We’ve grown accustomed, over many years, to hearing the organizers of each World Cup claim that theirs will be the best ever. There’s always some truth in that — the four-year gap between tournaments gives technology plenty of time to come up with wondrous improvements in all manner of things — from greater comfort for spectators to more sophisticated wizardry from VAR.

But not this time. Qatar 2022 is a problem child that doesn’t fit the usual patterns. If you’re listening to the publicity, you’ll know that Qatar 2022 seems to be turning into a Qatarstrophe.

The place is too damn hot, for a start. Those who believed that FIFA could order whatever weather it wanted whenever it wanted were stunned. The hot weather could not be shifted, so they’re playing in November-December, with the final just one week before Christmas day.

Not a popular move. But that was merely the beginning. The criticism of Qatar has just grown and grown. Lack of hotels looms large — now somewhat eased, they say, by parking a huge tour liner off shore. And the criticism of Qatar’s human rights record has been prolonged and bitter.

You might have expected the criticism to lessen as the excitement of the tournament grew. Maybe that would have happened — had it not been for a weird outburst from FIFA President Gianni Infantino. Suddenly, just one day before tournament kicked off, Infantino launched an hour long tirade, in which he defended just about every aspect of Qatar’s behavior, and criticized just about every one else.

He revealed that he knew what it felt like to be discriminated against, because he’d been bullied as a child for having red hair and freckles. Which seemed almost callously insulting to the LGBTQ community: Homosexuality is illegal in Qatar and punishable by up to three years in prison.

Sounding more and more like a thoroughly embattled man, Infantino launched into an attack on Western critics of Qatar, accusing them of hypocrisy and racism: “We are taught many lessons from Europeans, from the Western world,” he said, “What we Europeans have been doing for the last 3,000 years, we should be apologizing for the next 3,000 years before starting to give moral lessons.”

Nothing as bitter and accusatory has ever marked the opening of any previous World Cup. Certainly, it does not sound like a fitting start to the biggest tournament of the world’s most popular sport — a sport that frequently represents itself as an activity that brings people together.

Can Qatar survive the battering it has been taking and produce a tournament that might be considered “the best yet”? Or are we about to witness a Qatarstrophe?

The atmosphere may now have changed. The players will take over for the next four weeks. If what they produce on the field features the best that the sport can offer, then all the other issues and disputes will fade away.

And how likely is it that the soccer played in Qatar will sparkle? If Sunday’s opening game is anything to go by, not very likely. Here was the host team unable to score a goal, not even managing a single shot on goal in an apathetic performance during which they managed to pick up 4 yellow cards. The excitement of red-hot fan support for the host team is not likely to be a feature of this World Cup.

Ecuador really didn’t need to exert itself to win this game. So a verdict on them will have to wait until they play Senegal and the Netherlands. In the meantime, the comparative youth of the Ecuadoran squad was pleasing to see ... but the hard reality about World Cup winning teams is that their average age is usually between 25 and 29.

I certainly do not want to see a Qatarstrophe. What I would like to see is this: A World Cup that features, at last, the genius of Lionel Messi. A World Cup, taken over by Messi, in the way that Diego Maradona took over the 1986 World Cup and led Argentina to victory.

Much as I want to see that, I’m not that hopeful. Messi seems not to shine in the World Cup. Yet, he did, once, do just that.

In 2005. The U-20 World Cup. With Messi coming on only as a late sub, Argentina lost its first game to the USA. After that, Messi started every game. Argentina won all of them, largely thanks to Messi’s goals. In the final he scored twice to give Argentina the title. He was voted the tournament MVP.

Surely it’s not too much to hope for a repeat of such dominance? Watching Messi lead Argentina to victory would banish any thoughts of a Qatarstrophe. It would mark Qatar 2022 as one of the great tournaments.

world cup
3 comments about "Will Qatar 2022 be a Qatarstrophe?".
Read more comments >
Next story loading