Optimism for how the USA could fare at this World Cup swelled during its first-half performance. It evaporated substantially by the time the final whistle blew. The USA controlled most of the first 45 minutes, struck a well-crafted goal, and limited the Welsh to a pair of shots far from target. Wales improved in the second half but hardly looked formidable. Walker Zimmerman's foolish foul in the 80th minute gifted Wales a penalty kick and a 1-1 tie. Taking only one point, instead of three, into its final two Group B games creates a significantly steeper climb into the knockout stage. 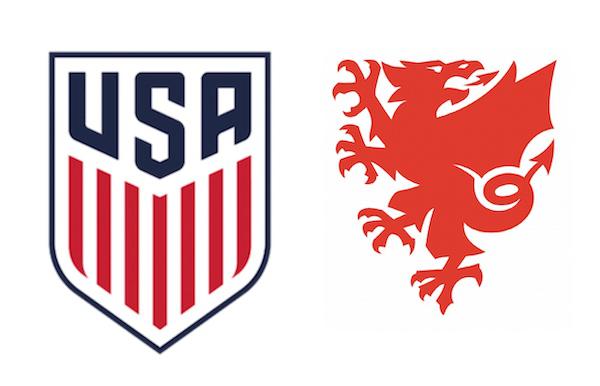 Matt Turner tipped over the crossbar a header down the middle by a stooping Ben Davies. On the ensuing corner kick, Turner allowed Kieffer Moore a header from inside the goal area, which went high. He also bobbled an earlier corner kick but succeeded in punching the rebound away. His distribution included an accurate ball to Haji Wright in Welsh territory, and a stoppage-time boot that went all the way to his Welsh counterpart, Wayne Hennessey.

Walker Zimmerman, once hailed for bringing experience to a young squad, ruined the night for the USA by fouling with a tackle that was not only unnecessary — Gareth Bale had his back to the goal — but clumsy and reckless. Perhaps Qatari referee Abdulrahman Al Jassim was too occupied calling the penalty kick he forgot to caution Zimmerman, leaving two U.S. backline starters not carrying yellow cards. Zimmerman's central partner Tim Ream, who hit some clever passes, won balls and lots of headers, got himself yellow-carded for pulling down Bale 15 yards inside the Welsh half. Right back Sergino Dest was cautioned for a foolish, mis-timed tackle on Neco Williams on the sideline, inside the Welsh half, in the 11th minute. Dest had a few highlights, such as superb lofted pass down the wing to Tim Weah. Poise under pressure wasn't a strong suit among the U.S. defenders. Antonee Robinson fouled deep in the Welsh half in the 87th minute and then wasted more time by arguing with Al Jassim. Robinson's best moment came with a cross that Josh Sargent hit onto the post in the first half. Robinson and Dest also get credit for keeping the Welsh on their heels in the first half, but delivery from the U.S. outside backs was generally ineffective.

Weston McKennie matched his output of smart passes with failed ones and was also inconsistent in how he linked up with the frontline. Getting cautioned 13 minutes into the tournament — for a foul wide in midfield while Williams posed no danger — doesn't bode well for a player who often relies on brawn. McKennie committed four fouls in his 66-minute appearance. Tyler Adams' contribution to possession came mainly with backward and lateral passes, but defensively he provided cover for his adventurous teammates and he intervened at times when Wales looked capable of scoring from the run of play. Yunus Musah was most effective at bringing the ball forward swiftly, but the USA lacked central midfield creativity.

Christian Pulisic, who matched Bale's game-high four fouls-suffered while delivering a far more dynamic performance, sprinted away from Welshmen while setting up Tim Weah's goal with a perfectly placed pass. Weah played balls deftly and the USA's first big threat came when his half-volleyed cross nearly created an own goal. Josh Sargent's only appearance in front of the Welsh goal came with his header from Robinson's cross. Though dramatic at first viewing, it came from a position, on the wide side of the goal area, that made beating Hennessey near impossible even if it arrived inside the post. Sargent did lay the ball off to Pulisic on the buildup to the opening goal. After scoring with a swift sequence down the middle that also included a Pulisic-Musah combo at the halfway line, the USA went back to the predictable wing attacks that the Welsh could squelch by blocking crosses and crowding the penalty area. Pulisic, who ended the day with 14 crosses, failed to unleash a shot.

Kellyn Acosta surged into the areas the Welsh left open but couldn't help penetrate their final barriers. DeAndre Yedlin lofted balls into the penalty area that Hennessey punched away with no problem. Brenden Aaronson won a ball in midfield shortly after entering and a couple more, but wasn't secure enough on the ball to translate his hustle into the scoring chances the USA needed.

WALES TRIVIA: Eight of Wales' players who saw action against the USA were born in England.