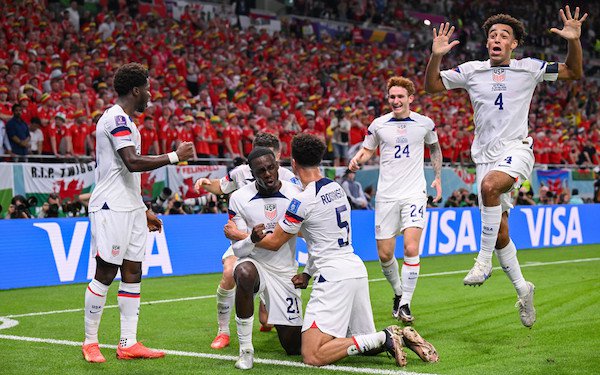 The match was their first broadcast involving the USMNT at the World Cup. It did not qualify for the 2018 World Cup, the first men's tournament for which Fox and Telemundo had the English- and Spanish-language media rights.

U.S. audiences for the 2014 tournament in Brazil were boosted by more favorable kickoff times. The USA's second group match against Portugal averaged 18.2 million viewers on ESPN.

The match was also broadcast in Spanish on Peacock, NBC's digital network that carries many Premier League games.