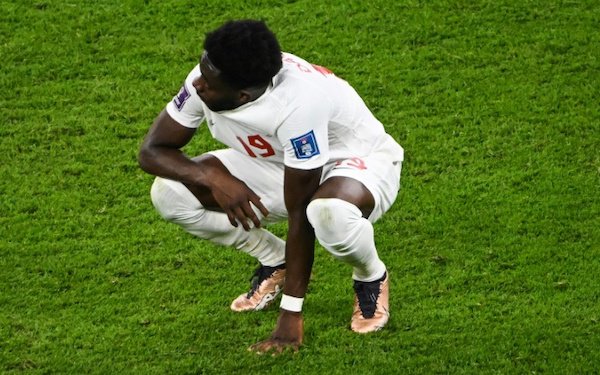 Of the five confederations represented at the 2022 World Cup in Qatar, Concacaf, is the only one whose entrants have all played their opening matches after Wednesday night's action.

The two losses both came on Wednesday.

Costa Rica's 7-0 defeat to Spain was a humiliating setback for the Ticos, who failed to muster a single shot. The seven goals Keylor Navas conceded equaled the combined total of goals he allowed in eight games over the last two World Cups.

Canada fell to Belgium, 1-0, extending its streak of having never scored in the World Cup. Belgian goalkeeper Thibaut Courtois was the difference, making three big saves, including an early stop on Alphonso Davies' penalty kick.

Canada could have had at least two other penalties awarded in their favor in the first half but got no love from Zambian referee Janny Sikazwe and his VAR crew.

“It’s not easy to score goals at this World Cup, as you can see," Canada coach John Herdman said.

This or any World Cup.

Scorelines can often be deceiving, and certainly this one was. In defeat, Canada showed the way for other Concacaf teams, putting the disappointing Belgians on the defensive from the start and never relenting.

The Canadians attacked down the right wing with Tajon Buchanan and Richie Laryea — both raised in the U.S. college and MLS ranks — and the unstoppable Davies, who started his pro career in MLS, on the left. They dominated midfield, giving Kevin De Bruyne little time on the ball. But they were ultimately undone by their poor finishing, putting just three of their 21 shots on target.

You'd have figured after Canada fell behind right before the end of the first half that it would be unable to continue its assault into the second half. But the attacks continued.

You could not help but to contrast the Canadian approach with that of the USA on Monday night. The Canadians were enterprising and they were fearless.

No, the USA did not play with fear against Wales. It was the better team for the first half against the Dragons, but with a chance to put them away, it didn't.

Tactics? Personnel? Execution? All those issues are debatable. I'd argue they don't get to the essential point.

All I want is for the USA is to go out and show the relentless spirit the Canadians displayed on Wednesday night. Its game will take care of the rest. After that, the final result won't matter.