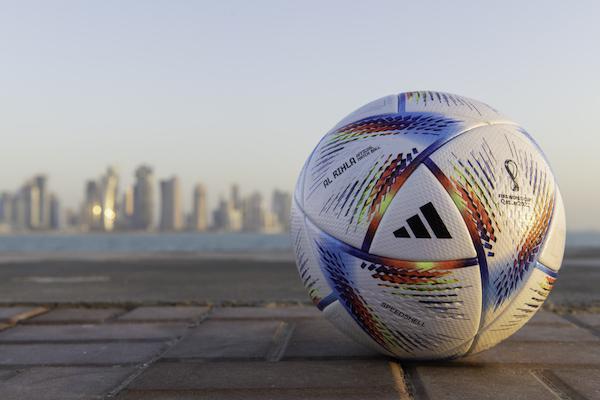 VAR! What is it good for?

It took all of three minutes for the Video Assistant Referee (VAR) to start spoiling this World Cup. As if it needed any further dampeners after years of discussions about the way millions of migrant workers have been – and continue to be — exploited and mistreated in Qatar. But here we finally were, with the host nation taking on Ecuador in front of a world not especially excited to be watching a November tournament, and the first action was snuffed out for half a limb apparently gaining an unfair but very marginal advantage.

Yes, technically the offside decision was correct, but in previous times not even television replays would have picked up on it, let alone the AR. Remember those days, when commentators would mention “a hint of offside” in a goal’s buildup, but nobody cared, not even fans of the team who’d conceded. A hint of offside is factored into the acceptable spectrum of human error. It was always part of the game, and irrelevant to considerations of fair play or attempts to cheat. It simply did not matter if a toe or a shin or a calf muscle or a shoulder was offside (see also: Argentina vs. Saudi Arabia).

What else has the VAR given us during the opening round of games? Penalty decisions for ‘handballs’ that used to pass us by because it was accepted that players could not remove themselves from shots or crosses played in at point-blank range. Holding at corner kicks that’s been ignored for years because usually both players are at it. And then, best of all, judging that a blatant double foul (a push and a trip) by Belgium’s Axel Witsel on Canada’s Richie Laryea was not a foul at all.

“VAR! What is it good for?” to misquote a hit of the 80s. Yet another FIFA creation to suffocate what we once enjoyed as soccer.

Directives to refs: this week only!

FIFA will often use World Cups to try out new applications of existing rules. That’s not necessarily a bad idea, given that the world is watching. In practice, though, the new directives are applied without any consistency, or just don’t make sense.

So tournaments often start with flurries of yellow cards for what would normally be considered run-of-the-mill fouls. FIFA is, via the referees, Making a Statement. Fouling’s bad, people! Qatar-Ecuador and USA-Wales — neither game especially rough — each saw six yellow cards, which is fine if that’s the message you want to send, but after just three or four days, the referees were back to verbal warnings for fouls that in the above-mentioned games would have drawn yellows. Soccer above all sports is a game of inconsistencies, we all know that, but the rules — and their alternatively over-exuberant or lax implementation — play a huge part in that.

Then there’s the eternal stoppage time. FIFA has decided that we’re not seeing enough soccer. True, a lot of time is lost to goal celebrations, faked injuries, VAR indecisions, free kicks with a wall setup, and the now obligatory 10 subs per game. But there are other ways to curb this — clamp down on all the fake theater, time-wasting and gamesmanship, say. Abolish the VAR. Properly sanction players who stand over a ball as soon as a free kick’s awarded to stop it being taken quickly (it’s already in the laws). Punish dissent to curb the ‘discussions’ (also in the "Laws of the Game"). Stipulate that a team who’s just conceded can kickoff straightaway —why should we have to witness the drawn-out amateur dramatics of the goal celebrations? Let the fans celebrate and the players play on.

Already by the end of the first-round of games, though, this stoppage time fetish seemed to be ebbing. Why? Because a soccer game lasts 90 minutes, and it’s one of the few certainties we have left in this world besides death, taxes, greed and the obnoxious stupidity of Gianni Infantino. Which brings us to ...

It’s been reported that Denmark and possibly other European soccer federations are considering a move to leave FIFA after the governing body’s laughable threat to sanction any countries who went through with their plans to wear the innocuous One Love captain’s armband. That those countries buckled under pressure is a shame. That FIFA reacted with such craven consideration to the openly homophobic host country is a disgrace, but not a surprise. The threat not only defies FIFA’s own statutes on human rights and equality (and all their token poster campaigns too), but it also reflects the weakness and moral vacuum at the heart of FIFA’s power-grabbing, self-interested, demonstrably corrupt leadership.

FIFA President Gianni Infantino has long been one of the least respected leaders with a global profile. ‘He’s good at shaking hands’ is about the only kind thing you can say in his favor. As though wanting to test just how low he could sink, he spent the Saturday before the tournament giving a bizarre press conference where he compared himself with the downtrodden migrant workers of Qatar, and the LGBTQI+ community. Why? Because he was teased about having freckles and red hair at school. Gianni knows oppression, oh yes.

This witless lickspittle is the worst person alive to take the global game forward, and has become a chronic embarrassment lacking a single gram of credibility. So who’s challenging him for the FIFA presidency next March? No one. Not a single candidate from the world’s regional confederations or national soccer associations will be opposing Infantino, despite the criminal investigations in Switzerland regarding the mediocre opportunist’s dubious past conduct at both UEFA and FIFA. That says it all. The global game’s administration is broken beyond repair. Scrap FIFA, start anew.

Oh, there’s soccer on too?

If you feel I’m being overly down on this World Cup, go to the top of the class. It’s been very hard to conjure up enthusiasm for a tournament in a country clearly unfit to host on several levels. Plus, the World Cup belongs to June and July just like Thanksgiving belongs to late November.

Still, applause for the exciting play of England, Spain and France. Also, for the inspirational courage of the Iranian players who abstained from singing their national anthem to support protests back home against their tyrannical, murderous government. Oh, there we go again already. Politics. You just can’t get away from it right now. Why can’t we just get on with the sport and enjoy the games? Maybe you can. Even the many low-scoring games. Normally, I’d be jumping off the sofa and whooping loudly at the best moves. The family and the neighbors are used to it. Like ‘a hint of offside,' they’ve factored it in to my game. This time, they probably think I’m part of the boycott. It’s always been a very tempting alternative.