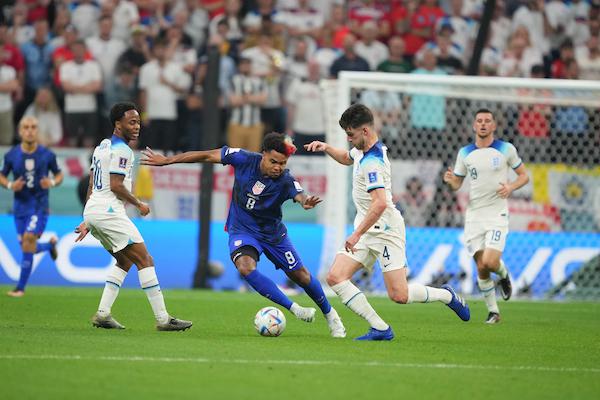 The United States played England to a 0-0 draw on Friday in Qatar to set up a pivotal final group stage game against Iran where a win, and only a win, will secure a berth in the knockout stages of the World Cup. The result against England told one story but the far more revealing story was how the team played.

This was not the case of a 0-0 draw where a smaller team managed to bunker its way to a result against a superior team. Instead, this was a result of two teams who went toe-to-toe with each other. In the end, both teams had chances, but most of the best opportunities were for the Americans. After all, the U.S. hit the crossbar once and had a wide edge in corners

There is a lot to take away from this game for Gregg Berhalter’s side and here are my thoughts.

One of the biggest stories regarding the U.S. team that emerged from the England game is that there was a huge step up in maturity from the Wales game. It is not a question of talent for the U.S. team right now, rather, it is putting it all together. Against Wales, the U.S. team showed some naivety in the second half. After a very good first half where the U.S. controlled the game, the team looked lost when Wales was able to find another gear. The team struggled to find a way to respond until Wales found its goal.

Against England, the U.S. found a way to respond and stay even with the Group B top seed. After a solid first half where the U.S. team had the better of chances followed by a strong start to the second half (evidenced by a wave of corners), England found a way to start taking control of the game. When Gareth Southgate subbed Jack Grealish and Jordan Henderson into the game in the 68th minute, England had their most consistent run.

But unlike the Wales game, the U.S. team found a way to push back and get off its backfoot. A long stretch of minutes without a whistle prevented the U.S. team from making subs but when Brenden Aaronson entered the game in the 77th minute, it was important to giving the U.S. team more explosiveness on the counterattack.

For the final 15 minutes, the U.S. team was back on even terms. It was a huge departure from the Wales game where the U.S. team was hanging on to dear life for 30 minutes before caving in and conceding the equalizer. The U.S. regained composure in this one and that is a big testament to the maturity of this group to regain control.

One of the biggest stories for the U.S. team so far at the World Cup has been a commitment to defense among the team’s midfielders. Yes, Tyler Adams, Weston McKennie, Yunus Musah and Aaronson off the bench (along with Kellyn Acosta in the Wales game) have been impressive in their passing and helping the U.S. team have longer spells of possession, but the defense in the midfield has been outstanding. 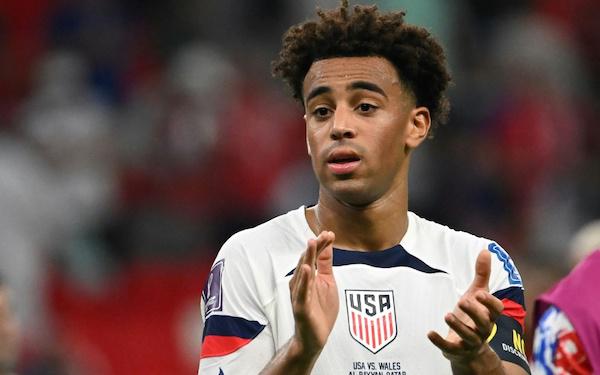 Part of it has been in duel winning and applying pressure, but a lot of it has been straight up hustle to get back into defensive position after an attacking possession has been lost. It has greatly eased pressure on the backline.

Adams has been instrumental in the group stage and is making a big name for himself in Qatar. But against England, the biggest improvement between the first and second game was McKennie. While there have been questions over his health and fitness, he had a much better outing against England. It was a big risk to start him against England while playing on a yellow card. McKennie gave England problems for about 70 minutes before fading and being subbed out.

The one concern in the midfield is Musah, who needs to get on the ball more. His defense for the U.S. team is at its highest level since committing his international future to the Stars and Stripes, but he was only able to get on the ball 46 times against England over 90 minutes and that was the least active out of all the midfielders. Getting him more involved is probably the biggest source of unlocked potential for the U.S. team.

As everyone knows, the United States needs to score and defeat Iran to advance. That means big concerns over the team’s offense to find the back of the net. These concerns are well founded. The team has just one goal over 180 minutes in Qatar. The team did not score in its two friendlies against Japan and Saudi Arabia in September. So right now, it is one goal in 360 minutes.

Iran only needs a draw to advance to the knockouts so there are good chances that they are going to play more conservatively with a compact formation and a low block. It should be far different than how England and Wales played the United States.

The U.S. team should have plenty of the ball but will have limited chances with open field in front of it.

Berhalter had a lot of concerns for the U.S. team heading into Qatar. Some, like central defense, have resolved themselves sufficiently. But center forward continues to be a big concern. Haji Wright got the start against England and generally was lackluster. He had just 18 touches over his 83 minutes, completed six passes, and didn’t force a save in either of his two shots (the first was a header missed wide and the second was a blocked shot).

Against Iran, there is a decent chance Berhalter goes with either Jesus Ferreira or reverts back to Sargent. Ferreira doesn’t give the size or strength, but he will get on the ball more and connect with the wingers. Sargent, however, could give the U.S. team more of a presence in the box at a time when Iran sits deeper.

But that brings us to another point in that set pieces have still not produced shots or chances for the U.S. team. Christian Pulisic’s deliveries into the box were improved than against Wales, but they still could be better.

Against Iran, it could be even more important. If Iran sits back and the U.S. team has the ball, they could have more set pieces than in their previous two games. They are certainly due for good shots off set pieces and if Pulisic can hit his corners as he was hitting his best against England, they’ll be in good shape.

In terms of who is on the other end of the corners, Walker Zimmerman and McKennie remain the best targets. It also might be Sargent’s best case to start given that he can be a physical presence in the box as well.

The backline remains a big positive for the U.S. team and Berhalter should continue with the Tim Ream-Zimmerman pairing in the middle with Sergino Dest and Antonee Robinson on the outside. There is talent but there is also a surprising degree of chemistry developing. All four played well against England even if Robinson’s crossing was still a little off.

The Ream-Zimmerman partnership is especially encouraging given that the two have rarely played together. Ream, at 35, has been one of the most positive and surprising stories on the U.S. team despite being away from the team for 15 months before arriving in Qatar. He is playing at a very high level and you can sense the maturity he brings defensively. He’s been calm on the ball and in this game, he was wise in his decision making to get forward and how to the ball forward. What he lacks in speed, he makes up for in intelligence.

As for Zimmerman, he made a big mistake against Wales on the penalty but aside from that, played well leading up to that point. In the England game, he was much better defensively. His block on Harry Kane in the 10th minute denied England one of its two best chances in the game. He missed on some of his attempts to pass the ball into advanced positions and that needs to get better but defensively, he was important.

As far as the fullbacks, Robinson’s chemistry with Ream has helped him on both sides of the ball. He is stretching defenses and has an incredible motor to get back on the defensive side. If he can deliver quality crosses against Iran, it could prove to be the difference because the chances will be there. Dest, meanwhile, is very active offensively and while he has had some shaky moments defending 1v1 situations, his quality is there.

Holding England scoreless at the World Cup is no small accomplishment and no one in the back can be poor to pull that off. Against Iran, expect the team to try to play a higher line and that will put Ream and Zimmerman into different situations where they might not be comfortable. But overall, the backline is where Berhalter wants it to be heading into the pivotal game.