USA-Iran: 'This game isn't being played in a bubble' 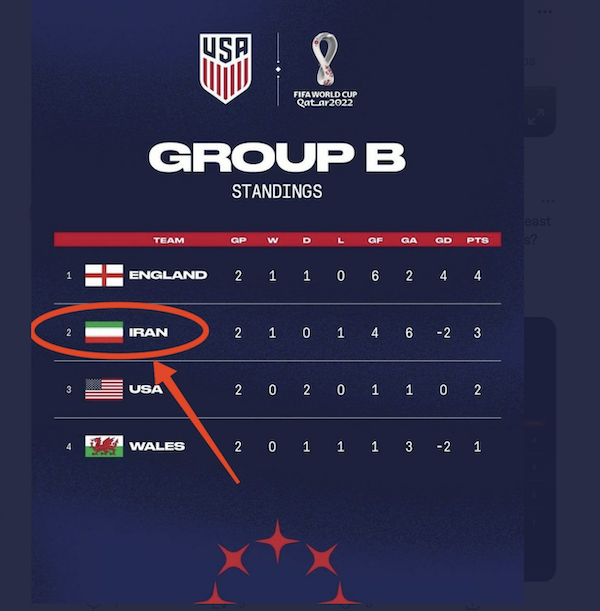 As much as organizers -- especially the 2022 organizers here in Qatar -- would like, you can't separate soccer from politics at the World Cup.

U.S. central defenders Walker Zimmerman and Tim Ream found that out on Sunday night at the team's first media availability ahead of Tuesday's high-stakes match against Iran

Unbeknownst to them, U.S. Soccer had posted images of the Iranian flag without the emblem of the Islamic Republic on some of its social media channels displaying the Group B standings. Minutes before the press conference, a U.S. Soccer spokesperson confirmed the decision to post the altered flag was intended to show support for the women in Iran, but that it was being taken down.

Protests erupted across Iran 10 weeks ago after the death of Mahsa Amini, who had been arrested by the morality police for allegedly violating the country’s conservative dress code.

The stance of Iranian players in support of or against the protestors has been scrutinized since Amini's death, which came shortly before the Iran national team traveled to Austria for its September training camp.

Before the opening game of the World Cup against England, their silence when the national anthem was played was seen as a sign of solidarity with the protests. When they sung the anthem before Friday's match against Wales, the U-turn was viewed as capitulation to the government of ultra-conservative President Ebrahim Raisi.

The Iranian government did not take kindly to U.S. Soccer's use of graphics on social media. Tasnim News Agency, an Iran state-affiliated media, reported that the Iranian Football Federation would file a complaint against U.S. Soccer with FIFA "after the US Men's National Soccer Team disrespected the national flag of Islamic Republic of Iran."

The U.S. Soccer spokesperson confirmed the decision to display the Group B standings without the official flag was made by the federation to show "support for the women in Iran fighting for basic human rights" but also that USMNT players were not consulted. The show of support was simply intended to be a "moment."

Five of the first six questions were soccer questions, the sixth was to confirm the players were unaware of the flag flap.

Zimmerman: "That's correct. We didn't know about it until now."

After that, eight more questions were asked, all but one about the Iranian situation or the 1998 game, beginning with the obvious one ...

Could the controversy pose a distraction and how you feel about the message, which was intended as a show of support for Iranian women fighting for rights?

The USA more or less treated the 1998 World Cup meeting with Iran as another soccer game, while Iran treated the game as a national cause against the Great Satan. Looking back on the 2-1 loss, some of the U.S. players said they did not play at the same emotional level as the Iranians did. How do you guard against that? Is that a factor you have to consider?

Ream: "The emotional side of having to win to get to the next round is enough to be up for it. I don't think we have to worry about anything else. In terms of what the game means and what is on the line, it is advancing into the knockout stages and if that's not enough to get our guys up, then I think we have issues, but I don't think that's going be a problem in getting up and understanding what this game means to the team." 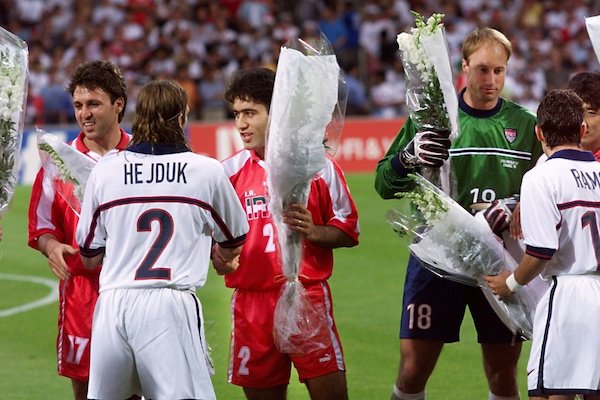 What was your reaction to seeing the Iranian players not singing the national anthem before their first game.

Zimmerman: "We can't speak for them and their message. We know that they're all emotional, they're going through things right now, but they're human. And again, we empathize with that human emotion."

Does "Team USA" have a plan to take a stand on the field for human rights, like other teams have done?

Ream: "Like we said, we support women's rights. We always have. We always will. That message will remain consistent. And what we're doing as a team is supporting that while also trying to prepare for the biggest game that the squad has had to [play]."

Does you have anything to say to the Iranian people?

Zimmerman: "We empathize a 100 percent, and we do support women's rights and we know that there's a lot of difficulties, a lot of heartbreak and it's a very disturbing time. We're empathizing and supporting them. That's kind of what we're doing. And again, like Tim said, we are focused so much on Tuesday but that doesn't mean that we aren't in support of them."

What are the conversations that are happening between you and your teammates and between you and the coaching staff about the unique nature of the game and the pressure that you guys find yourself under?

Ream: "It is unique. It is something different. At the same time, we're all human. We understand that there are things going on that are out of our control. So that's where we find ourselves. We understand and empathize with the Iranian people and at the end of the day, we are still having to focus on what is our job, what we've been preparing to do, what we've been focused on for many, many years. This game isn't being played in a bubble. There are a lot of things that happen around the world and people want our opinions, but our opinion is that we want to play the game and the game is for everyone and that's what we're focused on."

How old were you, an Iranian journalist asked, in 1998 when Iran beat the USA?

Ream: "I believe I would've been 9 years old. I don't remember much about that game or the outcome or anything to do with that World Cup. I've done a few too many headers to remember a lot of things that happened last year."

Zimmerman: "I was 5 years old and definitely don't remember it."

A bit of trivia to end: Nine of the 15 U.S. players who played against England were not yet born when the USA played Iran in 1998.

men's national team
6 comments about "USA-Iran: 'This game isn't being played in a bubble'".
Read more comments >
Next story loading