U.S. U-16 boys beat England and Wales at Spain tourney

In its first competition under new head coach Michael Nsien, the USA beat England, 2-1, and Wales, 4-1, after opening with a shootout loss to host Spain (after a 2-2 tie), at the U-16 Football Federations Cup in Albir, Spain. 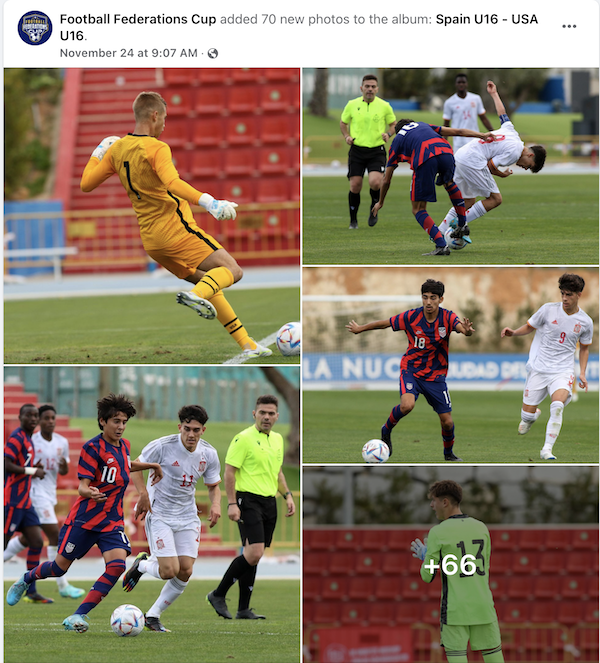 Real Salt Lake academy forward Zavier Gozo scored the winning goal over England and the opening goal in the victory over Wales. Montrell Culbreath, of Germany's Kaiserslautern, scored the equalizer against Spain and the USA's fourth goal against Wales.