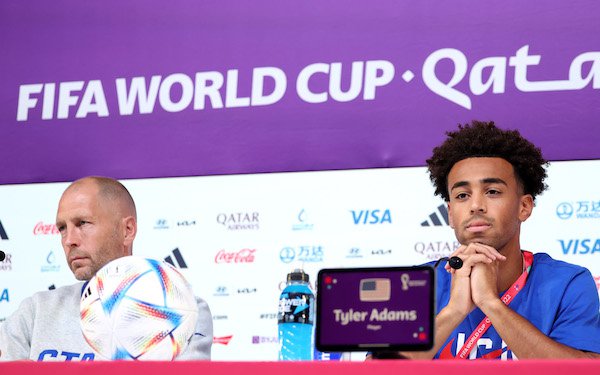 Gregg Berhalter was 24 when the USA played Iran in Lyon, France, at the 1998 World Cup.

He had just finished his fourth pro season in the Netherlands and had already been capped four times for the United States, but a problem with his Achilles' tendon kept him off the USA's final World Cup roster.

"I was disappointed at the time," he recently told SA's Mike Woitalla, "but I understand from a coaching standpoint, if you have a guy who's been injured, it's difficult to trust that he would get fit for the World Cup."

At Monday's tense press conference ahead of the USA-Iran to conclude Group B at the World Cup in Qatar, Berhalter was asked about watching the match at the stade de Gerland.

He says he was doing commentary on Dutch television.

"The first and only game doing commentary," he joked.

More seriously, he said the game sticks in his mind.

Minutes later, he was asked again.

"I talked about the commitment of Iran in that game, a great performance by them, very solid," he said. "I didn't think we were up to it on that night. The United States wasn't, and it just showed what type of commitment you need to win a game in the World Cup."

Sitting next to Berhalter was his captain, Tyler Adams.

"I wasn't born yet," the U.S. midfielder joked, "so I don't remember anything."

USA-Iran in 1998 was a different time. The Iranian Revolution had taken place less than 20 years earlier, and the USA was the Great Satan.

In a barrage of questions of Berhalter on Monday, there's no doubt contempt for the USA, at least among state-backed media outlets, lingers in Iran:

• What percentage of the world's population will be happy if Iran wins, and what percentage world will be happy if the USA wins?
• Why hasn’t he asked the U.S. government to remove the U.S. military fleet from the Persian Gulf?
• Why can Americans travel to Iran but people with an Iranian passport can’t travel to the United States?
• Why was there no support for the USMNT back home amid the high rate of inflation?

(These were actual questions.)

And he was asked about the flag flap: “If you take away the very sacred word of Allah from the country, it's an insult.”

• Would the controversy be an advantage or disadvantage for the USA?

“The players and the staff knew nothing about what was being posted,” said Berhalter. “Sometimes things are out of our control. We believe that it's going to be a match [where] the result will depend on who puts more effort in, who executes better on the field, and we're not focused on those outside things. And all we can do is apologize on behalf of the players and the staff.”

The pressure to win (or not to lose) will be far greater on Iran — which will have the greater support at Al Thumama Stadium — than the United States, but that doesn't mean no one cares if Adams and his American teammates advance or not.

There might not be the 20 million American viewers, like for the USA-England game, but there will be millions of Americans who will watch USA-Iran so I don't think Fox or Telemundo executives are cursing themselves about the latest inflation numbers.

Berhalter said the USA doesn't want to make the same mistakes it made in 1998. He can't show his players how to get up for a game, but he can show them what happens if they don't.

Scouting Iran. "This is the culmination of basically eight years of work by Iran and getting this group together," said Berhalter. "There's probably seven starters that started in the last group phase of the last World Cup, so they have continuity, a very good counter-attacking team, very good attacking pieces."

Iran has a reputation for taking a defensive approach and playing with a low block, but Adams says that's not how it played in its 2-0 win over Wales.

"I would not expect them to do that because they went after the game and they were looking for three points," he said, "You could tell from the mentality of the group they were attacking, counter-attacking, doing everything they needed to do, fighting in every single dual, tackles. Every single moment of the game looked like it could be their moment to score a goal."

The USA won its midfield dual with England thanks to the play of Weston McKennie, Yunus Musah, Christian Pulisic and Adams but it was with an emphasis on frustrating the favored English. The task against Iran will be to attack.

Striker question. The USA has scored just two goals in its last five games and hasn't gotten a goal from one of its center forwards since Jesus Ferreira scored four goals against Grenada in June.

Josh Sargent and Haji Wright started the first two World Cup matches and each came on for the other in the match he didn't start. Berhalter said they "have done a decent job for us," noting Sargent's early chance off the post against Wales and Wright's "lively" runs into the channel. (Ferreira has yet to play.)

"It's up to the rest of the group to give them quality service so they can finish off some of these opportunities," he added. "Hopefully in this Iran game, we can get some good balls into the box and help these guys out a little bit."

Berhalter seemed to dismiss the idea of starting someone else at center forward, like Gio Reyna, who has not yet started. 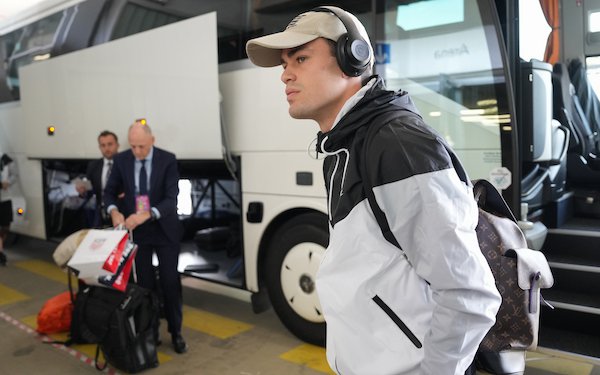