The USA celebrated its first victory of the 2022 World Cup and is headed to the knockout stage thanks to Tuesday's 1-0 win over Iran. Coach Gregg Berhalter's team scored only two goals in five hours (including stoppage time) of Group B soccer, but its second goal, Christian Pulisic's 38th minute strike, was enough to earn a round of 16 date with the Netherlands on Saturday. Defensively, the USA, which didn't allow Iran a shot on target, moves on having conceded only once, a penalty kick goal in the 1-1 tie with Wales. 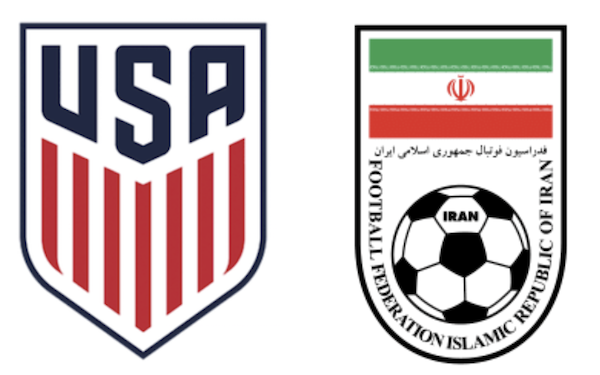 No saves were required of Matt Turner but he distributed well under pressure, including some accurate long-range passes that sparked U.S. attacks -- most notably, the sequence that led to Christian Pulisic's goal.

Central defender Tim Ream intercepted through balls in midfield, passes in the U.S. penalty area, won headers, and also covered for the outside backs. Ream himself passed well and his cross-field chips to right back Sergino Dest got flank attacks going. Ream and his powerful partner Cameron Carter-Vickers squelched attacks down the middle and cleared balls from the wing as Iranians failed to unleash a shot until Saman Ghoddos' over-the-bar header in the 52nd minute. Carter-Vickers' body check and grabs didn't meet the officials' criteria for a foul but he could be more careful in the penalty area. Dest, who defended with clean tackles, was a thorn in the Iran's left side from the get-go. His prep work included the assist on Christian Pulisic's goal. On the left side, Antonee Robinson also surged frequently, but with less precision and more turnovers. Like Dest, Robinson also retreated swiftly when defensive duties called.

Within the first five minutes, Tyler Adams headed to safety an Iranian free kick and intercepted a pass in the U.S. penalty area. His ball-winning continued throughout the game and the only blemishes on his performance were a yellow card for an unnecessary midfield foul and a turnover late in stoppage time that led to one more futile Hail Mary attack by the Iranians. Adams, who enables the outside backs to attack aggressively, also distributed crisply and brought the ball forward. On the U.S. goal, Adams dribbled upfield from his own half before combining with Robinson and dishing the ball to Weston McKennie. A nicely lofted pass by McKennie floated for Dest to run to behind the Iranian backline and head to Pulisic. Yunus Musah won balls and the large amount of field he covered contributed to Iran's failure to maintain midfield possession. Musah took the USA's first shot, a much too high volley from 18 yards, and set up its first shot on target, delivering the cross for Pulisic's header to keeper Alireza Beiranvand. Late in the first half, Musah won a ball that Adams then passed perfectly to Josh Sargent for a promising attack.

Christian Pulisic went off injured at halftime — but first he scored a historic goal for the USA. He anticipated Dest's header across the goal area, beat two defenders to the ball, and half-volleyed into the net from close range for the goal that earned the USA passage into the knockout stage. Pulisic was injured on the play and his absence was felt in the second half. He had in the first half kept the Iranians wary whenever he was on the ball and at times kept position deep in their half. Josh Sargent did some of that in the second half, coming into the midfield to make himself available. Late in the first half, Sargent had taken an Adams pass and stormed toward goal with Tim Weah, who anti-climactically ended the foray with a pass to an Iranian in the penalty area. In the 28th minute, Weah couldn't figure out how to take advantage when Sargent's shot (after a pass from Pulisic) deflected high and from eight yards headed the ball weakly to the keeper. Seven minutes later, Sargent controlled a Dest cross and laid the ball off for Weah to shoot unmarked from 12 yards. Weah's shot went way high. Weah started the eight-player sequence on Pulisic's goal minutes later by plucking Turner's ball out of the air and laying it off to Musah. But his day got more frustrating in first-half stoppage time. McKennie relayed a pass from Turner that Weah met with a well-timed run and stroked the ball into the net. But Weah wasn't level enough with defender Majid Hosseini for FIFA's "semi-automated offside technology."

The USA's ability to keep possession in the Iranian half decreased with the haphazard Brenden Aaronson on the left wing. Kellyn Acosta's arrival didn't stabilize a tiring midfield.  Shaq Moore looked dangerously unsure of himself. Walker Zimmerman headed away Iran's balls down the middle.

TRIVIA: The USA, in its 36th World Cup game dating back to 1930, for the first time fielded a starting lineup consisting only of European-based players.

• It was also the first time since MLS's 1996 launch that no MLS players were in the U.S. starting lineup at the World Cup (or any competitive game besides a match against Jamaica at the 2011 Gold Cup).