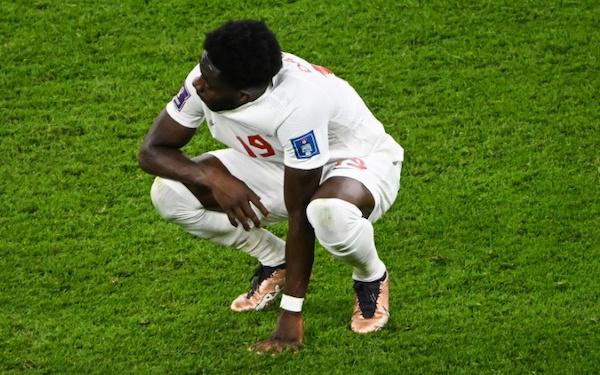 The conundrum of Concacaf, Canada and Costa Rica

Soccer is an absurd game, and cup tournaments can effect random and bizarre patterns of unexpected success and failure. That's why we love the game, right?

Maybe not so much if you're Canadian, and you watched your team outplay one of the favorites, Belgium, and start out with a positive, attacking approach to 2018's runner-up, Croatia. The Canadians (first place in Concacaf qualifying) created eight clear chances in those two games, and now they're out. Concacaf companions Costa Rica (fourth-place in qualifying) lost its first game 7-0, and has created precisely one goalscoring chance over two games.

Importantly, the Ticos took it, and are somehow still in this tournament. Now, all they have to do is beat or maybe even tie against ... four-time world champion Germany. The Germans failed to take their multiple chances against the Japanese, so Costa Rica, despite so far having played with zero verve, imagination or charm, could conceivably progress. Will Germany grab the second chance they've been gifted thanks to Keysher Fuller's 'lucky punch' (as the German press called it)? That could depend on their choice of striker ...

Can anyone here just stick the ball in the net?

For all the technical finesse of the Spanish, and for all the dossiers and data that the German backroom staff have compiled on their opponents and every possible candidate for their World Cup squad, both teams were missing one crucial component in the first half of Sunday's game — a lad who can stick the ball in the net. A proper finisher. A player who may not be blessed with all-around soccer capacities, as apparently all players must be nowadays. So on they came: the limited likes of Alvaro Morata for Spain and Niklas Füllkrug for Germany.

I can't count how often Füllkrug's equalizer was shown on German TV in the 24 hours following the 1-1 draw. That one strike has been hailed as the savior of Christmas. Or the savior's miraculous Second Coming on the First Advent. A goal, in open play. A bona fide forward banging it into the net, with accuracy and conviction! Like Gerd Müller, Karl-Heinz Rummenigge, Birgit Prinz or Miroslav Klose before him. Picked up at the last minute from mid-standings Werder Bremen like a Black Friday bargain no one else had spotted at the bottom of the bin, the modest forward made his debut less than two weeks ago and is now the new face of the Teutonic soccer nation. Down with 'false No. 9s' and 3-4-2-1 formations! Just pass it to the striker in space and see if he can belt it home.

The USA too is longing for such a figure. An Altidore. A McBride. A Donovan. Have youth academies spent so much time on perfecting technique that they've neglected how to train a decent finish? 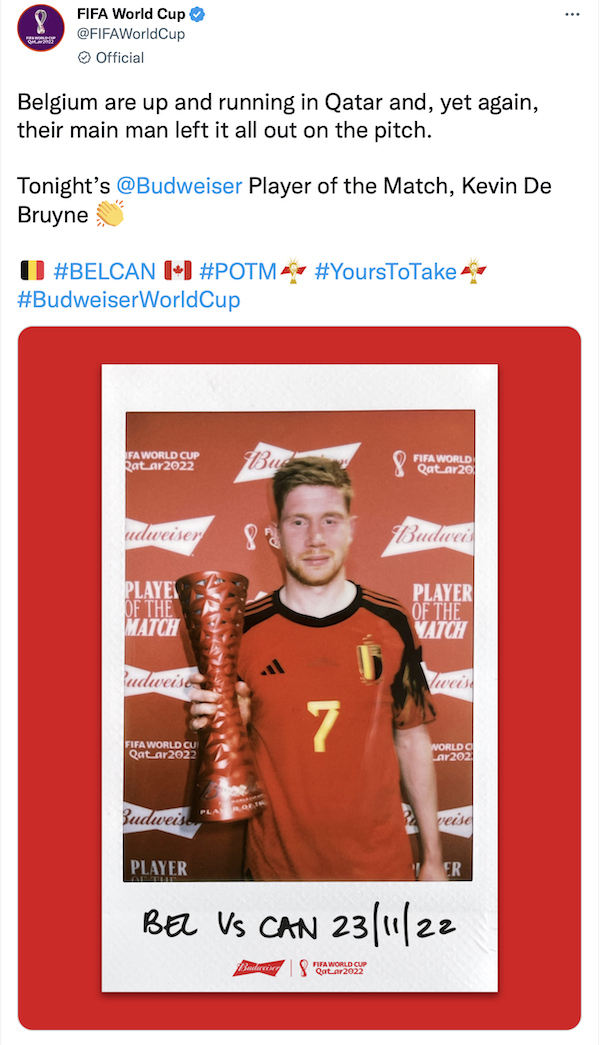 FIFA's official MVP for Spain vs. Germany was indeed Morata. It could just have easily been Füllkrug. The criteria are simple. Score a decisive goal or save a penalty and you'll be MVP, regardless of your contribution — or anyone else's — during the whole 90 (or 110) minutes. The other criteria: you're already famous. Belgium's Kevin de Bruyne was brutally honest after picking up the MVP award following his country's very lucky win over superior Canada. "I don't know why I've got the trophy. Maybe it's because of the name," he said. And he was right.

The same applied to Croatia's Luka Modric, given the award after the 0-0 draw with Morocco. German magazine kicker rated seven of Morocco's players as better than Modric during the game, and three others as equally good. Gareth Bale did nothing against the USA other than get fouled in the penalty area and then convert the resultant spot-kick. More deserved, but equally uninspired choices, were Cristiano Ronaldo (Portugal vs. Ghana) and Robert Lewandowski (Poland vs. Saudia Arabia). Only the mesmerizing Kylian Mbappé (MVP in both of France's games so far) has truly been living up to the hype. FIFA is way more focused on boosting big names than rewarding the fullback who wins every last one of his tackles and probably doesn't even have an Instagram account.

Is this down to an overemphasis on the Great Man Theory of the World Cup? The tournament's history lays a stress on the individuals who lead their teams to glory, as though soccer's not really a team game after all. Yet we can only really point, to some extent, to Pele in 1958 and Diego Maradona in 1986 as super-figures. Even then, they didn't win the trophy on their own. Yet it suits FIFA's simplified and marketing-led mythologizing to pretend this was the case.

Now that storied players like Lionel Messi, Ronaldo and Lewandowski are in their last tournaments, their narratives of destiny are being pumped full with the kind of BS only a small child could swallow. For the first two players in particular, the dullest, FIFA-compliant sections of the media are pushing the idea of their ultimate victory as some kind of highly desirable pinnacle we should all be cheering for. As though this wasn't a Cup for the World, but a Cup For The Greatest Players Only. Like most of the phony MVP awards.

It's the format, stupid

FIFA doesn't even need to push these banal story lines. This World Cup has proved yet again that it can write its own excitement. Look at the unexpected talents of Saudi Arabia. Marvel at the dramatic, late and very much deserved Iranian win over Wales. Meanwhile, the 32-team format with eight groups of four has again proved itself the best option, with all the final round of games having some sort of significance. This dead-rubber avoidance is helped by the use of goal difference as the deciding factor between two teams on the same number of points, as opposed to head-to-head results as used in UEFA competitions. So even teams with six points already are still not guaranteed group winners.

This raises the question of how 2026 will look, with its greed-motivated expansion to 48 teams. Not only will the quality be diluted, but we face either 12 groups of four teams each — and an absolute surplus of games — or 16 groups of three and a knockout round of 32. That would also mean some teams would travel to the World Cup just to play two games, and that some would likely be eliminated after only one.

The decision to expand to 48 teams should be reversed immediately. Or — not a great option, but better than the inconvenient number of 48 — just expand the World Cup to 64 teams and make the tournament pure knockout. A proper Cup, with even more scope for random and bizarre outcomes.