USA graduates from soccer to football before our eyes 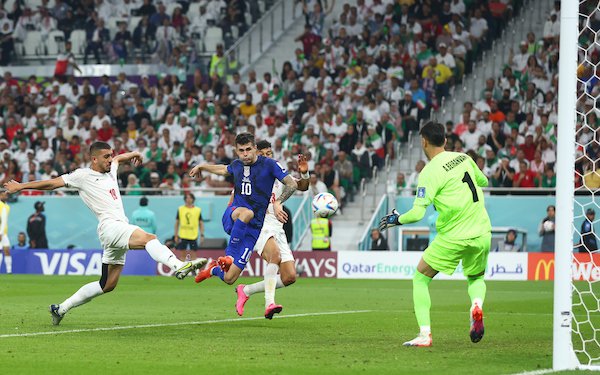 It isn't the first time the USA has survived group play. It did it in its last two appearances in the tournament -- in 2010 and 2014 -- and before that in 1994 when it hosted the World Cup and in 2002 when it reached the quarterfinals.

The 2002 World Cup — in which U.S. head coach Gregg Berhalter started the two knockout games — will be the reference for his team.

Berhalter's Americans achieved their goal of getting out of the knockout stage but will be disappointed if the round of 16 is the end of the line.

Most times the USA has played two good games in group play but then ran out of gas. The 2022 run is similar to what happened in 2010 when the USA opened with two ties and then needed to win its third game to advance.

In 2010, the 1-0 win came on Landon Donovan's memorable goal in stoppage time. On Tuesday night, Christian Pulisic's goal came a lot earlier — 38th minute —and at a great cost — he ended up in the hospital with what was diagnosed as a pelvic contusion. (He was back at the U.S. luxury hotel on the Pearl, though, to greet his teammates when they returned from their game.)

Both goals came on end-to-end plays:

2010: Howard pass to Donovan pass to Altidore pass to Dempsey shot saved and rebound to Donovan for the goal. Four players involved.

What is different, of course, about the 2022 team is its youth.

Its biggest test came on Tuesday night, a must-win game at the Al Thumama Stadium, and to its great credit it was oblivious to the heavily pro-Iranian crowd, bossing Iran in the first half.

On Monday, Iran coach Carlos Queiroz said he thought the USA was the most consistent and probably best team in Group B over the first two matchdays, so he said after Tuesday's match he wasn't surprised how the USA came out and deserved its lead.

The USA accomplished in 2022 what it could not do in 1998 in Lyon and that's beat Iran at the World Cup.

"I talked yesterday in the press conference about the 1998 game and the guys not having the appropriate intensity to compete against Iran — and today we had it," Berhalter said. "It was clear from the opening whistle."

That is what's been so impressive about the USA's growth through the three games. Berhalter's youngsters do seem to believe in themselves and they look like they are having fun at it.

They've grabbed control of each of their three games — for long stretches — with their linkup play, the variety of their starting positions, the different channels they attack, their willingness to look for each other, and their generosity to help each other out. Almost always with short passes and interchanges. 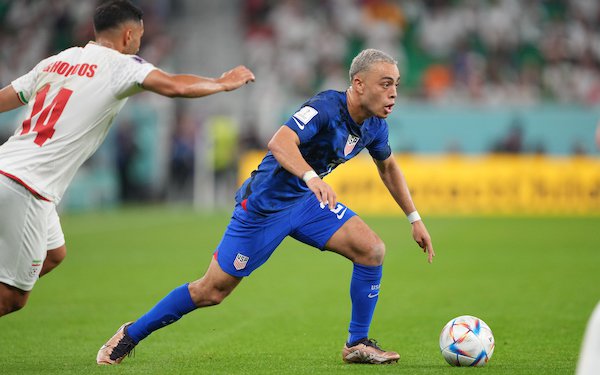 In the USMNT's hierarchy of young stars, Tyler Adams, the general, Weston McKennie and Pulisic are at the top. It will be the underdog on Saturday when it faces the Netherlands, but the Dutch will want nothing to do with Sergino Dest, Yunus Musah and Timothy Weah popping up all over the field.

The frustrations with how the USA has struggled to close out the three Group B games stem from just how well it has played before then. And it is all relative.

"It's the first time in 92 years that we've had two shutouts at a World Cup," Berhalter said, "so the boys are doing something right."

Queiroz has been in the game too long to spin. He was right when he said the USA has graduated from soccer to football.

men's national team
11 comments about "USA graduates from soccer to football before our eyes".
Read more comments >
Next story loading