The USA's victory over Iran garnered lavish coverage in all forms of American media, including newspaper front pages. Among the headlines: 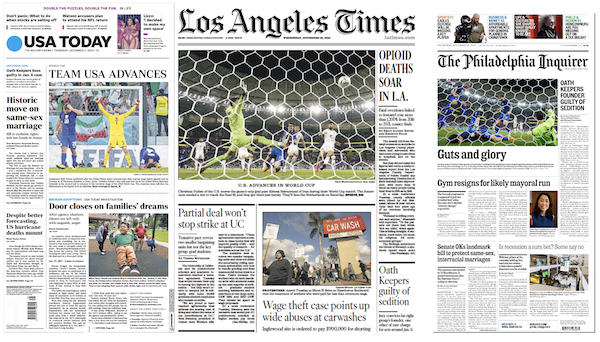 U.S. women's national team players past and present hailed the men's passage to the round of 16. 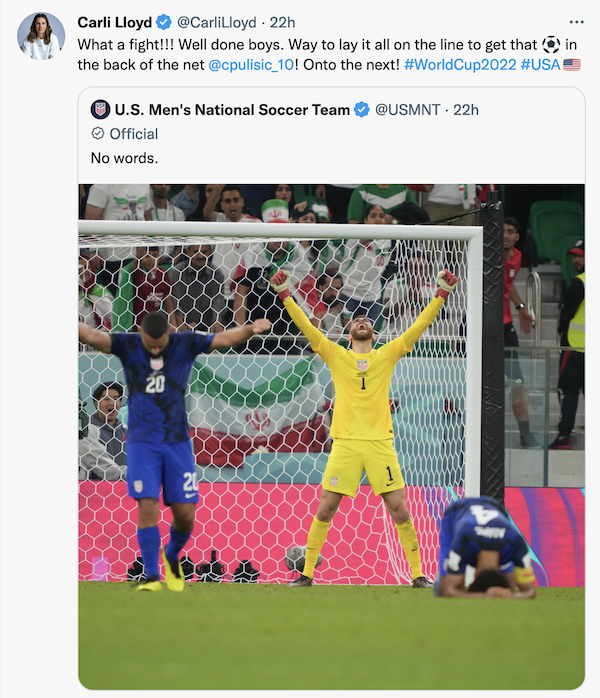 3. From Pulisic followers in England

English newspapers reacted to the Chelsea attacker's heroics: "Christian Pulisic puts body on the line as Americans seal knockout spot," headlined the Times of London. The Sun reported on his "Hospital Dash." Chelsea's official web site celebrated: "Four more Chelsea players are through to the last-16 of the World Cup after England and USA won their final games in Group B, Christian Pulisic the American hero with the only goal of the game against Iran." 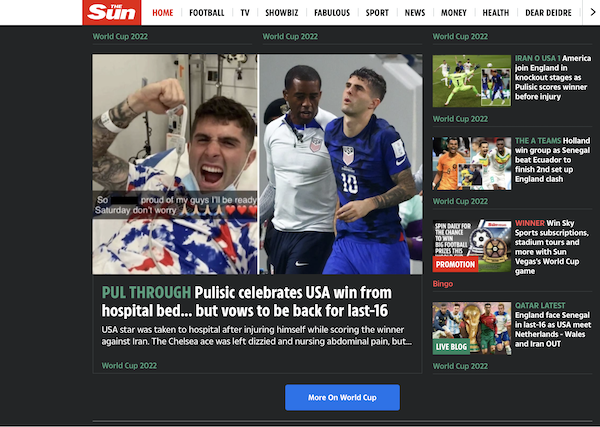 BBC News and other outlets reported that anti-government protesters celebrated Iran's elimination from the World Cup, and videos were posted on various platforms. The BBC also reported that, following Team Melli's loss, "State-affiliated media blamed hostile forces both inside and outside Iran for putting unfair pressure on the players." 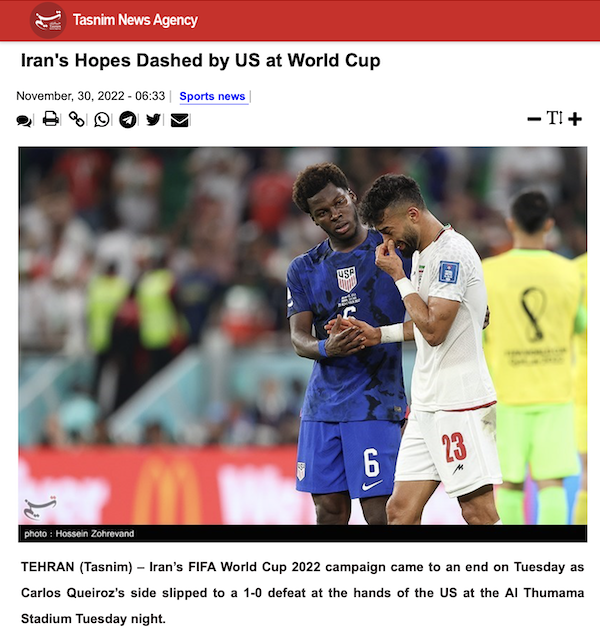 President Joe Biden's deputy chief of staff Bruce Reed, following Biden's speech at a Michigan event, got word of the USA's win. He relayed the result to POTUS, prompting Biden to return to the stage.

Biden was in Bay City, Michigan, to tour SK Siltron CSS, a computer chip factory, and deliver remarks on his economic plans.