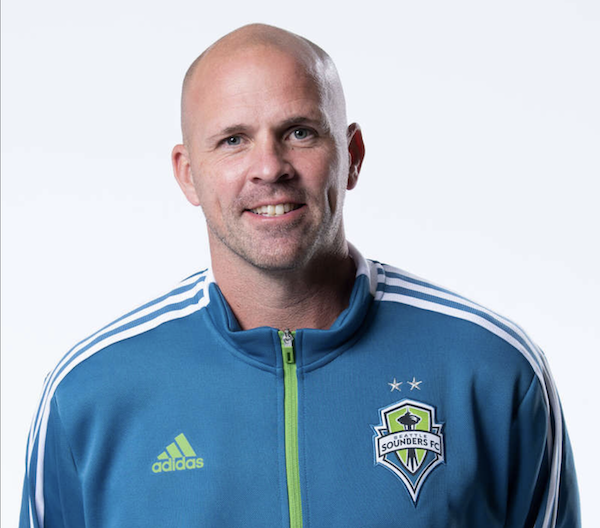 He got his professional playing start with the Sounders in the A-league in 1999 after four years of soccer at the University of Washington, and the defender had an 11-year run in MLS with the Colorado Rapids, LA Galaxy, San Jose Earthquakes and Houston Dynamo. He won MLS Cups with the Galaxy (2002), San Jose (2003) and Houston (2006, 2007).

The 47-year-old now oversees all areas of the Seattle Sounders’ soccer operations, including the MLS first team, Tacoma Defiance and Sounders Academy.

After his playing career, Waibel also had college assistant coaching stints (Michigan, Washington) before getting his first MLS job as an assistant coach at Real Salt Lake in 2014. He was promoted to general manager of RSL within a year of his initial hire.