Hall of Fame: Jill Ellis selected for Class of 2023 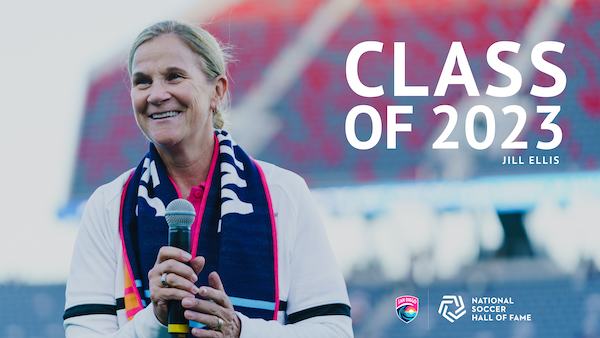 Jill Ellis, who coached the USA to back-to-back Women's World Cup titles in 2015 and 2019, has been elected to the U.S. National Soccer Hall of Fame in the Builder category in the class of 2023.

She also served as U.S. Soccer's Women’s Development Director and as an assistant coach to Pia Sundhage during the USA's Olympic gold medal wins of 2008 and 2012, and she was U.S. head coach at the U-20 World Cup in 2010.

Ellis came to the USA from England as a teenager in 1980 when her father, John Ellis, was recruited to create youth programs in Virginia modeled after the European club system.

"It wasn't until I came to the USA that I actually got to play on a team and officially got to suit up and be a part of something formal," said Jill Ellis, who in England played soccer with her brother Paul and his friends at recess in the schoolyard and in the backyard, often with a tennis ball.

In the USA, she played youth club ball, at the University of William & Mary under coach John Daly, and afterward had assistant coaching stints at North Carolina State and the University of Maryland, while also coaching youth soccer in Bethesda, Maryland.

Lily Stephenson-Ellis, Ellis’ daughter, surprised her with the news at an event hosted by the San Diego Wave, where Ellis serves as the club's president. 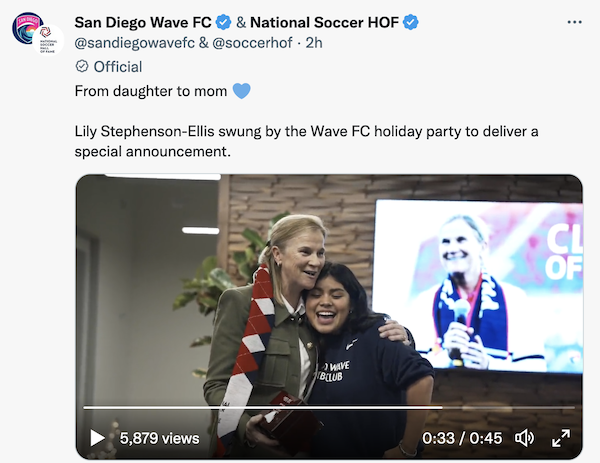 “We’ve got to always remember where the pipeline comes from. We get to see this snapshot of this incredibly talented group of players going out to win a World Cup. But we have to remember where those players come from.”

Ellis joins DaMarcus Beasley, Landon Donovan and Lauren Cheney Holiday in the Class of 2023. Additional members of the 2023 class will be announced at a later date.