A collection of behind-the-curtain scenes after the USA's win over Iran captures the performers' intimate reactions.
* * * * * * * * * * 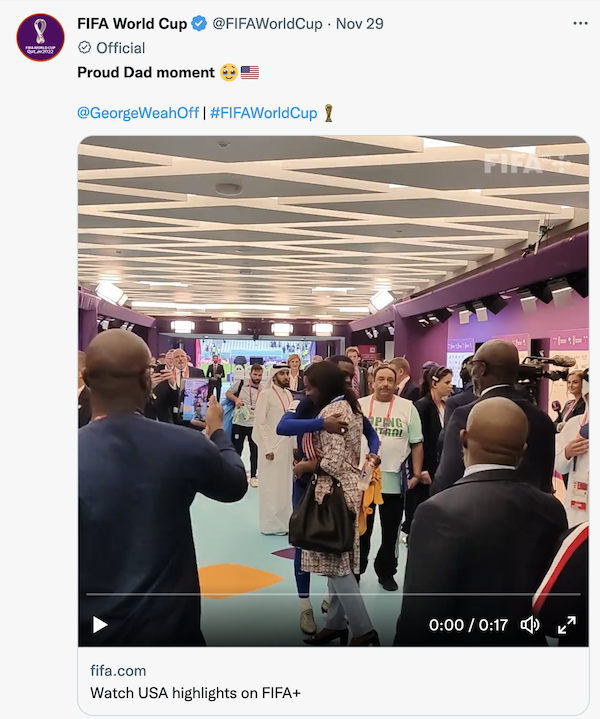 Pressure on the USA to reach the second round was immense. Outside back Antonee "Jedi" Robinson was overcome by emotions after the big win. 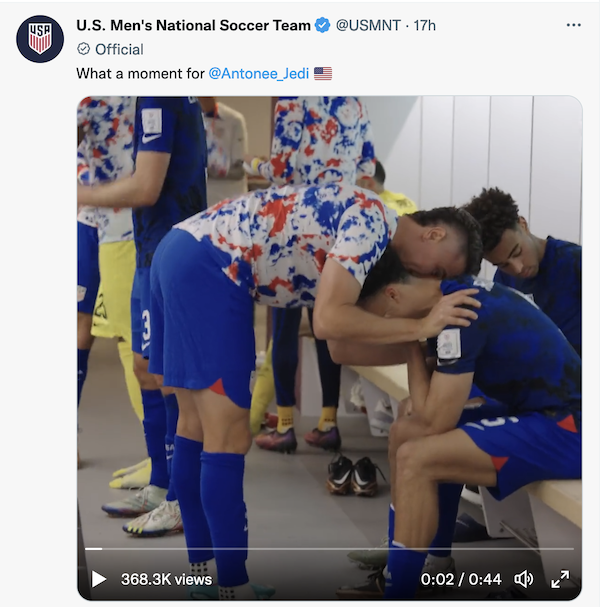 Gregg Berhalter's postgame talk and presentation of the game ball to his MVP, Tyler Adams: 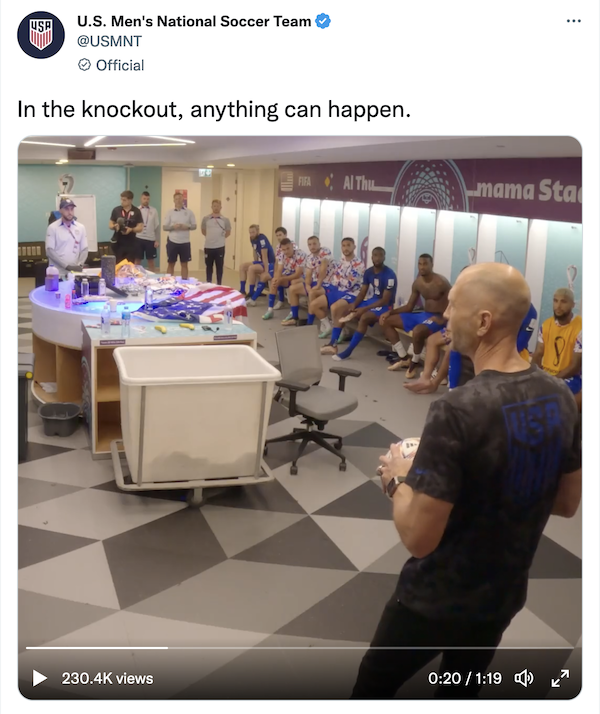 Christian Pulisic was rushed to the hospital at halftime after scoring the deciding goal against Iran. So it was a big relief to teammates when he awaited them at the team hotel. 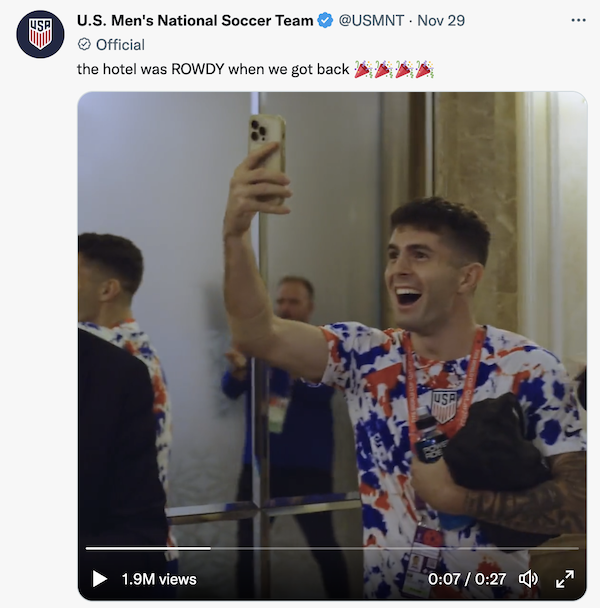 And here are some examples of when the players went to Twitter: 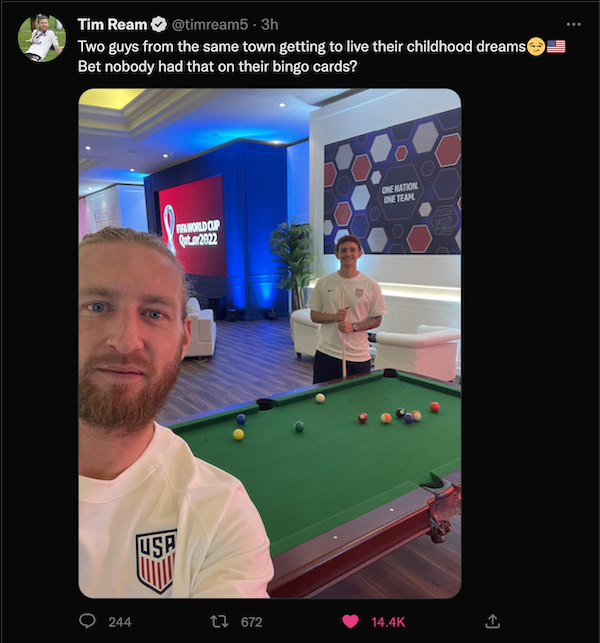 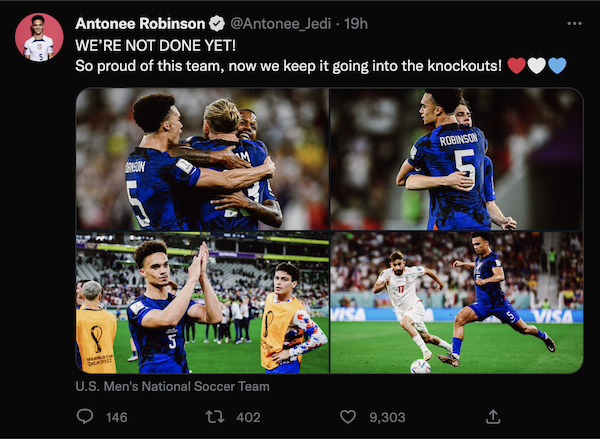