The pejorative nickname says it all. 'La Decepcion Mexicana'  — instead of 'La Seleccion Mexicana' — has been the tease of choice for Mexico fans frustrated with Tata Martinoand their national team. On Wednesday, Mexico with a 2-1 win over Saudi Arabia came a goal short of reaching the knockout stage — after a scoreless tie with Poland and a 2-0 loss to Argentina.

Mexico had reached the round of 16 in the previous seven World Cups, and arrived in Qatar aiming to break the curse 'El Quinto Partido' and finally reach the quarterfinals.

"Fifth game? Mexico couldn't even make it to the fourth one and now packs its bags after the first round."

"Mexico suffers its worst debacle in a modern World Cup performance; eliminated in the group stage; without youth nor control; our fanbase shines and our soccer sinks." 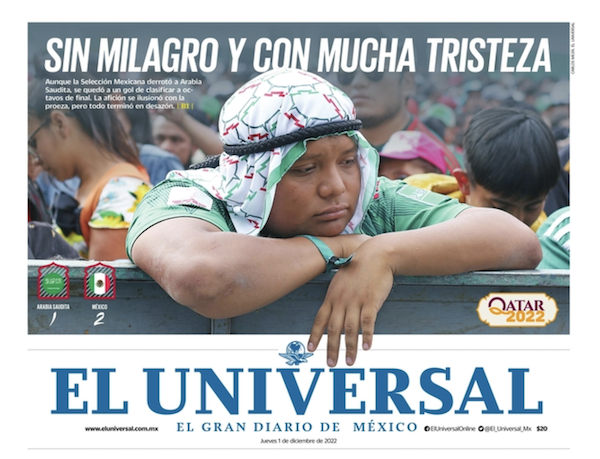 3. El Universal: 'With no Miracle and with Great Sadness' 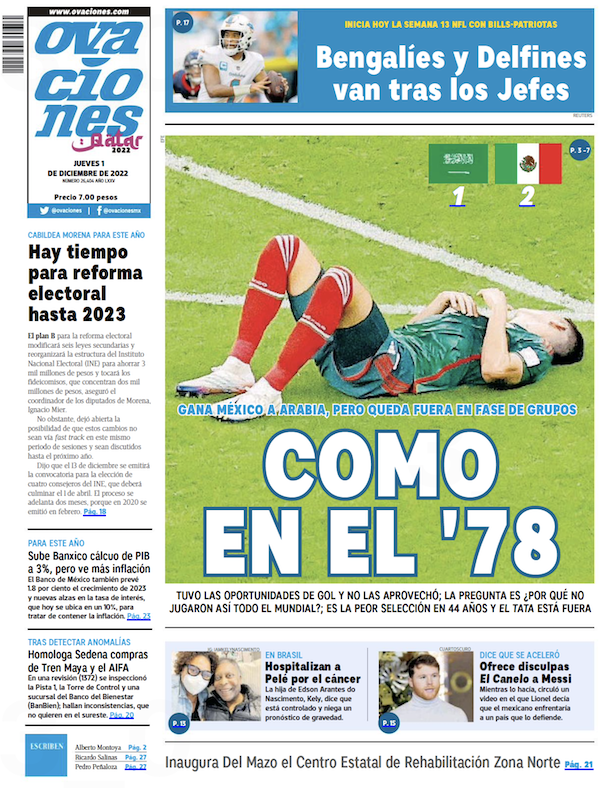 Mexico's performance was its worst since the 1978 World Cup, when it exited after with losses to Tunisia (3-1), West Germany (6-0) and Poland (3-1). It failed to qualify for the 1982 World Cup, was banned in 1990 for use of average players in a U-20 tournament, and began its run of seven knockout stage appearances at the USA-hosted 1994 World Cup. 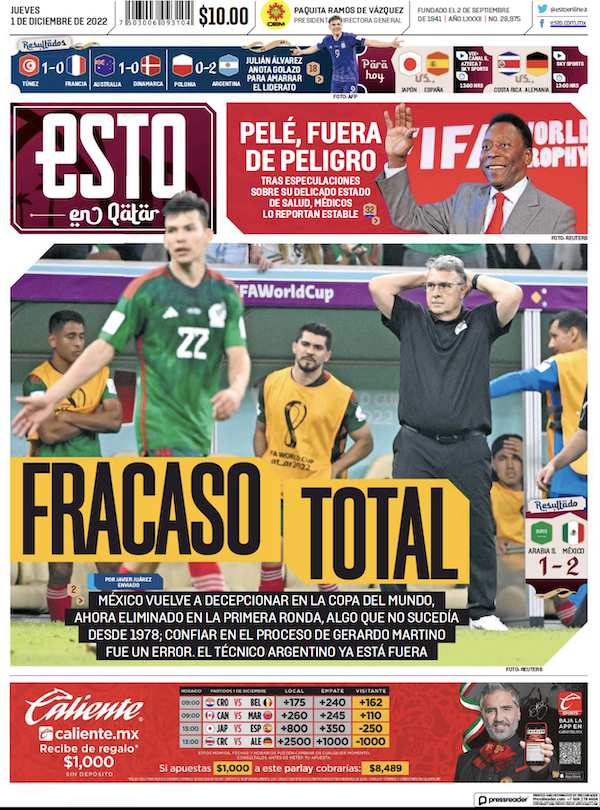 And from Reforma, a fan survey revealed that 43% blamed Coach Martino (the Argentine has already been let go); 27% blamed the Mexican federation [FMF] directors; 12% the players; 10% all of the above. And 8% responded to "It wasn't a debacle but what we expected."