Merritt Paulson puts Portland Thorns up for sale; will hold on to Timbers 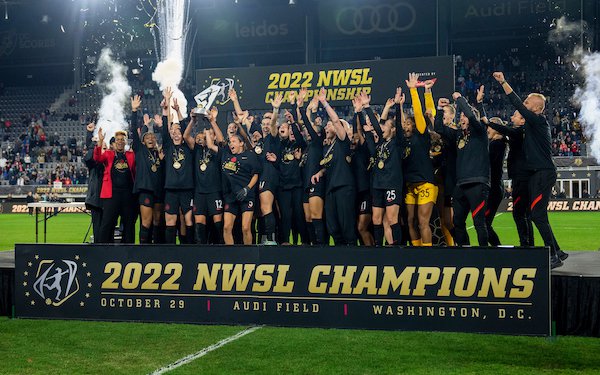 The Portland Thorns launched in 2013 as a founding member of the NWSL by Merritt Paulson, owner of MLS's Portland Timbers.

The Thorns became a major success on and off the field. They won NWSL titles in 2013, 2017 and 2022. The Thorns led the league in attendance in each of their first eight seasons and in 2019 set a world record for average attendance by a women's team with 20,098. In the NWSL's early years, most teams struggled to come close to average 4,000 fans.

The sale comes in the wake of the Yates Report, which detailed abuse by former Thorns coach Paul Riley, who after exiting the Thorns in 2015 was hired by the Western New York Flash for the following season and coached the North Carolina Courage in 2017–2021. The Yates Report cited that Paulson and Gavin Wilkinson, president of soccer and business, vouched for Riley, never fully disclosing what they knew of his behavior or how he was terminated for cause.

A week after the Yates Report came out, Paulson stepped down from his role as CEO of both teams. He also fired Wilkinson and Mike Golub, the Timbers' president of soccer and business.

A timeline has not been set for the sales process.

Paulson also pledged a $1 million contribution to the league to be used to launch a new NWSL Player Safety Department.

"The past year has been a challenging one for our club and our players. I regret the role our organization played in the failures identified by the investigations. Despite these challenges, the Portland Thorns have a bright future ahead and a lot left to accomplish.

"To fully realize that potential, I believe it is in best interest of the Thorns to have a new owner so that the club can operate at the league level with a fresh voice to be a driving force for the NWSL. This has been a difficult decision for me, but I believe this is the best way to position the Thorns for continued success during this next chapter of the NWSL and the sport." 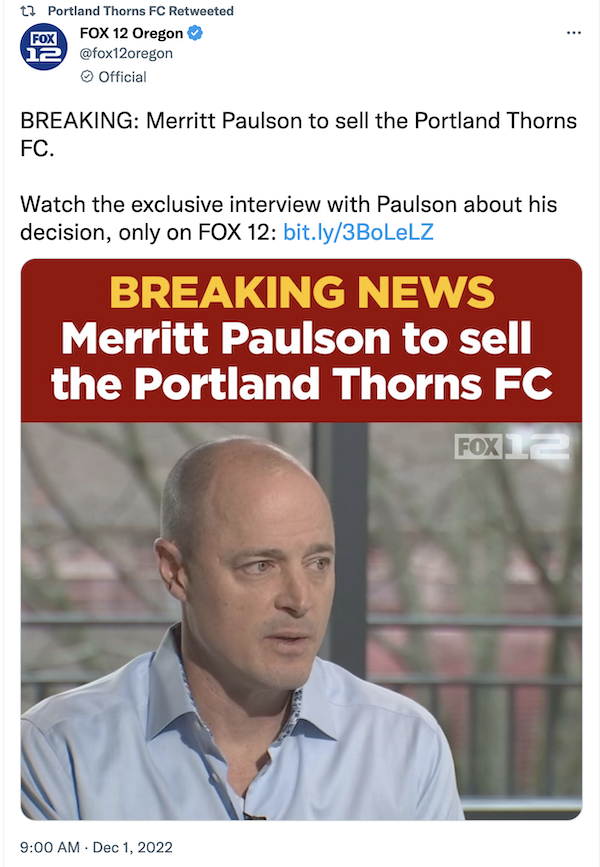 In addition to calls on Paulson to sell the Thorns was an Oct. 4 statement by the team's captain, U.S. national team defender captain Becky Sauerbrunn:

“It’s my opinion that every owner and executive and U.S. Soccer official who have repeatedly failed the players and failed to protect the players, who have hidden behind legalities and have not participated fully in these investigations, should be gone.”

Paulson said in his statement that he would provide favorable usage terms for Providence Park to the new owners. The stadium is owned by the city of Portland but operated by Peregrine Sports, the holding company that controls the majority ownership stake of the Timbers and Thorns. Peregrine Sports is owned by Merritt Paulson and his father, Hank Paulson, the former Goldman Sachs CEO and U.S. Treasury Secretary

nwsl
2 comments about "Merritt Paulson puts Portland Thorns up for sale; will hold on to Timbers".
Read more comments >
Next story loading