Why the USA has a serious chance to beat the Dutch 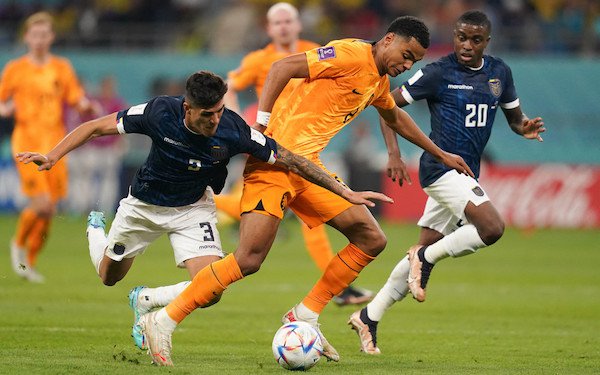 So there’s nothing wrong with the attitude of the Dutch national team coach, but is it realistic? The Dutch have the talent, but there's a lot skepticism about van Gaal:

• About changing the style of play from the traditional 4-3-3 system into a 5-3-2 formation.
• About forcing at least five players to play differently than at their clubs.

The basics of Dutch Total Football is dealing with space, and players have to follow their instincts, the result of performing many years in the same position. With several players forced to act in a different way, this creates risks against highly motivated opponents who force you to think and play fast.

The first three games in Qatar showed that this has indeed become an Achilles heel. Although unbeaten (2-0 against Senegal, 1-1 against Ecuador and 2-0 over Qatar), the Orange Machine never came close to the swinging attacking style that is cherished by so many lovers of the game.

Nevertheless, van Gaal is not intending to change his formula against the USA, what means Gregg Berhalter and his players have a serious chance to win. Especially if they can be compact and use the wings to hurt the Dutch, as they did successfully in going unbeaten in the group stage.

An example: Van Gaal's choice to play with three central defenders at the back -- Jurrien Timber, Virgil van Dijk and Nathan Ake -- opens the door when you position Christian Pulisic and Timothy Weah out wide. In that case, Timber and Ake have to play like wing-backs, leaving Van Dijk alone in the center and creating space for deep-lying midfielders and defenders to run through.

The reason for this weak point is Van Gaal wants Denzel Dumfries, on paper the right back, to play as an attacker, and Daley Blind, on paper the left back, to perform like a offensive midfielder.

Senegal recognized how to tear the Dutch defense apart, which created a snow-ball effect and the Dutch never came close to playing a smooth passing game. Fortunately, the new kid on the block, 23-year-old Cody Gakpo, scored the opening goal in all three matches, giving the Dutch every time just enough air to breathe. 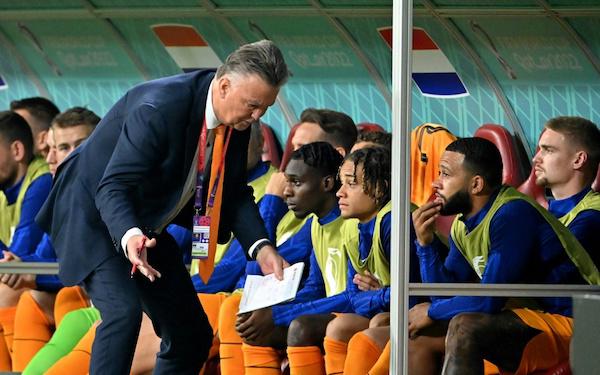 Meanwhile, van Gaal remains confident he can finish the job in his way. Criticism he deflects by saying that’s the way the media work and on the contrary Dutch fans are proud the team reached the last 16.

OK, let’s give him a break.

So if Louis van Gaal gets his team performing like an Orange Machine, he'll have delivered a coaching masterpiece. And the reward that comes with it: Holland as world champion.

(Jaap de Groot is a Dutch sportswriter. He worked for 43 years at the daily De Telegraaf, serving as sports editor.)

men's national team, world cup
15 comments about "Why the USA has a serious chance to beat the Dutch".
Read more comments >
Next story loading