John O'Brien on the spirited USA, the untraditional Dutch, and what Louis van Gaal may be thinking 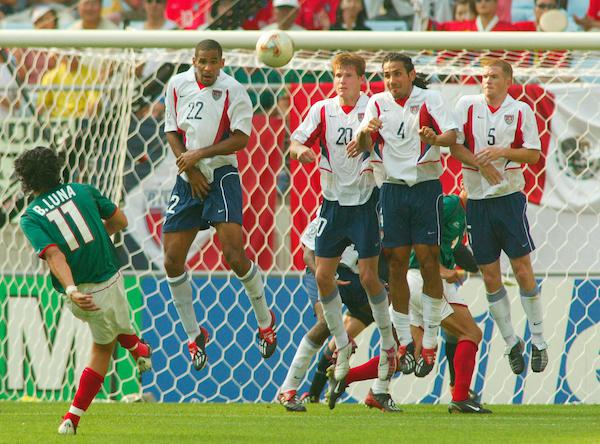 From the USA's 2-0 win over Mexico at the 2002 World Cup (L-to-R) — Tony Sanneh, Brian McBride, Pablo Mastroeni and John O'Brien — that led to USA's only quarterfinal appearance in modern World Cup history.

Californian John O'Brien, a starter on the USA's 2002 World Cup quarterfinal team who scored in its 3-2 opening win against Portugal, spent more than a decade in the Netherlands after joining Ajax as a 16-year-old in 1994. He won two Dutch Eredivisie titles with Ajax and played in the UEFA Champions League quarterfinals

Louis van Gaal, who will be coaching the Netherlands against the USA in Saturday's 2022 World Cup round-of-16 clash, was the Ajax first-team coach when O'Brien moved to Ajax.

SOCCER AMERICA: What have you thought about the U.S. team in this World Cup?

JOHN O'BRIEN: A lot of the U.S.'s good, talented players are playing really well. That hasn't always come together in qualifying or in friendlies with this team.

I'm really impressed with the midfield. Tyler Adams has been phenomenal defensively. Yunus Musah, who I have a soft spot for — maybe with American fans I think he's underrated a bit.

But people are appreciating him. Something I've really appreciated from him in this tournament is that he's been keeping the ball really well. He's always been able to dribble by guys, kind of amazingly. He's been linking up play well and keeping it.

That's helped the U.S. assert themselves more. It's great that so many of those talented players are playing so well.

SA: Do you see any similarities with the 2002 team?

JOHN O'BRIEN: In that team we had some younger guys — I was one of the younger ones (24) and we had Landon Donovan (20) and DaMarcus Beasley (20). There's a little bit of that in this team and it's like, "Whatever, we're just gonna try, see what we can do, prove ourselves." The team spirit and having fun part. 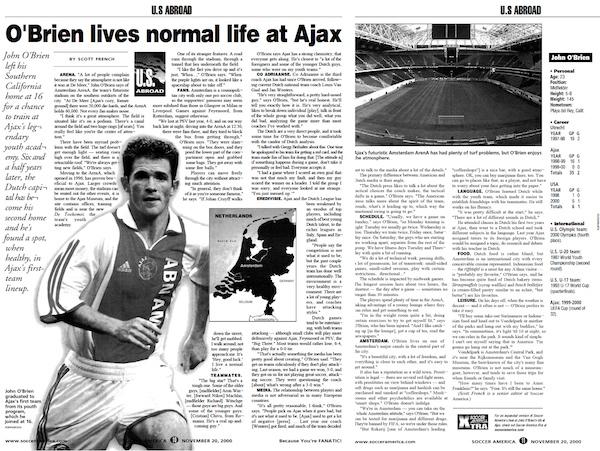 SA: Rumor has it the Dutch were hoping to avoid the USA in the knockout round. Have you heard anything like that? Why might that be?

JOHN O'BRIEN: I haven't heard anything. I can't imagine Louis van Gaal really thinking like that, knowing him personally because I worked under him. That's not the kind of thinking he does. He always believes in himself and what he can do.

SA: What kind of thinking does he do?

He's probably saying, "We have to match the intensity of the U.S. and kill them with our smarts: play the ball, be technical, move it, create the openings and work for each other.

SA: What are the Netherlands’ strengths and weaknesses?

JOHN O'BRIEN: It's so funny because this team is very different from traditional Dutch teams. They've shifted their formation a lot. Right now, you've gotta say they have a really good defense.

And I think Frenkie de Jong is a really special player who can impact games with his positional play. Those are their strengths now. I think on offense they haven't looked that dominant.

This team just feels really different than the past, where the team was so good positionally — spread you out and stuff. They'll be more conservative defensively by having their backs take advantage of the space. And then the midfielders creating in those little half spaces.

It’s a solid team, not exceptional so far, but they've been getting it done.

The strength is, and something that they can fall back on, is how well they've played over the past few years. They've been a really consistent performer.

Offensively they haven't been firing on all cylinders. Maybe that could happen, but it could never happen. 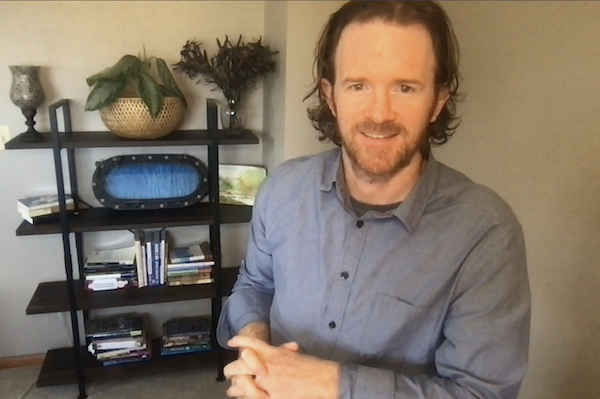 A key player on the USA's 2002 World Cup quarterfinal squad and the USA's fourth-place team at the 2000 Olympics — both historic U.S. finishes —  John O'Brien, PsyD., is now a psychologist based in Boulder, Colorado.

SA: What worries you about this U.S. team?

JOHN O'BRIEN: It's probably going behind. Chance creation for us has been hard. Against Iran, the first half was great. We were getting into the box and making a lot of good chances. But against Wales and England there weren't that many great chances.

My worry would be that if we go behind, it'll be hard for us to create something else without committing a bunch of people forward.

JOHN O'BRIEN: 1-1 and it goes to penalties. U.S. wins in penalties — Matt Turner comes up with some big stops.

world cup
2 comments about "John O'Brien on the spirited USA, the untraditional Dutch, and what Louis van Gaal may be thinking".
Read more comments >
Next story loading