Hall of Fame: Steve Zungul elected in Class of 2023 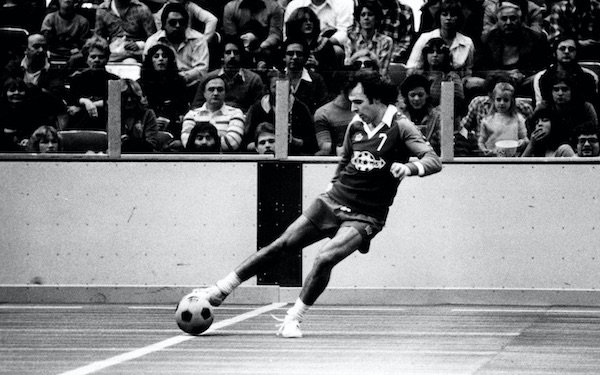 Indoor soccer superstar Slavisa “Steve” Zungul was elected to the U.S. National Soccer Hall of Fame in the Class of 2013.

The “Lord of All Indoors” — a title first given by Sports Illustrated’s JD Reed — scored 669 goals in 762 appearances across 11 indoor and 2 outdoor years in 1978-1990 after defecting from his native Yugoslavia.

After scoring two goals in Hadjuk Split’s last game before winter break in the 1977-78 season, Zungul told his coach that he’d be traveling to New York to support his singer girlfriend on a work trip. He also said he’d play in some indoor games for the New York Arrows to stay in shape.

His depature from his Yugoslav club yielded a FIFA ban that shut him out of the outdoor game until a Supreme Court ruling prompted the NASL's Golden Bay Earthquakes to sign him. He scored 36 goals and had 25 assists in the 1983 and 1984 seasons, was an NASL All-Star both years, and in 1984 he was the league’s scoring leader and MVP.

In his third season indoors, Zungul scored 108 goals in 40 games. The next closest player had 50.