Onward to 2026: Qatar performance provides blueprint for USMNT's next chapter 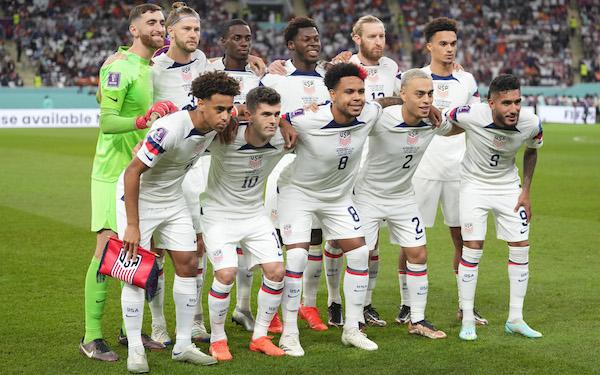 As the USA bowed out of the 2022 World Cup following a 3-1 loss to the Netherlands, it opened a new cycle. But in looking ahead to the next cycle, the 2022 World Cup offered clear lessons about where the team stands and revealed its strengths and weaknesses.

More so than any other previous World Cup for the U.S. team, Qatar 2022 offers the smoothest transition to the next cycle. The 1994 cycle ended, and U.S. Soccer struggled to handle a thin player pool. The 1998 World Cup ended and after replacing Steve Sampson, Bruce Arena made some needed changes — weeding out the older generation and gradually bringing in some younger players who also played very hard.

The 2002 World Cup was a success, but it tempted the U.S. team to remain static and cling to a group of players who were aging (Brian McBride, Claudio Reyna, Eddie Pope, or the oft-injured John O’Brien).

The 2006 World Cup was poor and had a brutal transition afterward as the team shut down for six months in a failed attempt to hire Jurgen Klinsmann. Bob Bradley ended up building the team and having a good cycle but after 2010, Klinsmann’s shadow still loomed large and he was brought on.

Then after 2014, things became a mess. The next cycle brought disastrous results and even a coaching change back to Arena, who couldn’t save the team from an embarrassing failure to qualify for the World Cup. After a long but decent job under caretaker Dave Sarachan, Gregg Berhalter had to pick up the pieces. He began building a new core of talented players. While it wasn’t always smooth, the results in 2022 point to a team that showed it is heading in the right direction and provides a solid foundation for the next cycle.

This World Cup was successful on the field for the U.S. team but, unlike 1994, 2002, 2010, or 2014 when the U.S. team also advanced to the knockouts, there is no trap to hang onto aging players, or there is no need to reinvent a completely different system.

The U.S. team wasn’t perfect in Qatar, but the areas where it needs to improve are rather obvious. A lot of what needs to get done is to simply let the players continue to do what they’re doing and mature.

Nothing happened in Qatar to suggest that the U.S. team is on the wrong track, but here are areas and concerns for the team moving forward.

The Dutch provided a masterclass in the value of experience in maturity in their win over the United States.

When looking at the midfielders and the forwards (the front six), none of the players who started for the U.S. team against the Netherlands in these positions had yet to turn 25.

The Dutch had an edge in talent but the bigger difference in this game was in the edge of maturity. The Netherlands made better decisions, they knew how to change the pace of the game, and they scouted the U.S. team well.

Most importantly, however, the Dutch knew how to respond to adversity better than the U.S. team. The Americans played well for stretches in each of their four World Cup games. But note the difference when faced with adversity. When Wales found a stretch where it was playing well, the U.S. team was on its heels and couldn’t get into a better groove until after Wales equalized.

Against Iran, the U.S. played very well for the first 60 minutes. Then when Iran started to play better, the U.S. team again was on its heels for the final 20 minutes – this time they were able to see the game out. 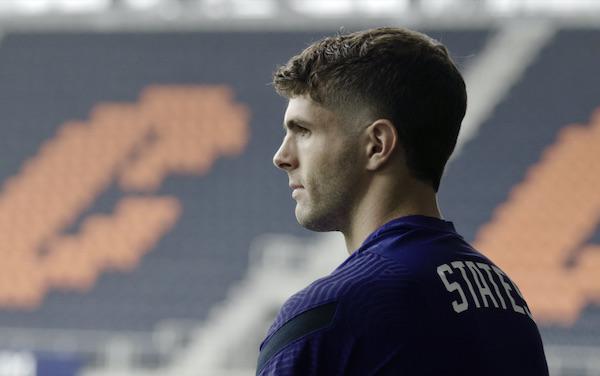 Christian Pulisic will be 27 years old when the 2026 World Cup takes place.

Compare this with how the Dutch responded to when the U.S. team played well. The Dutch scored all three of their goals at a time when the U.S. was creating more of the chances. Christian Pulisic had an early chance and the USA was better the first eight minutes, but the Dutch scored in the 10th minute. The U.S. team was pressing very well toward the end of the first half (Tim Weah had a long shot saved and Sergino Dest dribbled through the defense for a dangerous run), but it was the Dutch who scored just before half.

Then finally, the U.S. cut the deficit in half late in the second half but the Netherlands scored less than five minutes later to crush any hopes of a comeback.

This ability of the Netherlands to find another gear in the face of adversity is the hallmark of a very good and very experienced team. The U.S. was naive in the moments when it controlled the game to let its guard down defensively. The Dutch knew how to counterpunch.

There were also several other areas that showed the gap between the two teams in terms of experience.  The Netherlands knew that the U.S. team liked to play the game at a frantic pace full of energy.

Dutch coach Louis van Gaal and his players knew exactly how and when to slow the pace of the game down and turn it into a grind. When they had the chance on counterattacks and off turnovers to be dangerous, they would pick up the pace, but the mix of tempos frustrated the U.S. team.

Tactically, the Dutch also scouted the U.S. team very well and the U.S. came up short in figuring out a Plan B. The Dutch were cognizant of how the Weston McKennie-Tyler Adams-Yunus Musah midfield was the heart of the U.S. team. The Dutch man-marked the midfield with precision and forced the game out wide – knowing the U.S. team isn’t crossing well and doesn’t have great targets in the box either.

Moving forward, these are the areas where the U.S. team must improve. It must adjust to a game that changes in tempo, it must counterpunch, and it must never neglect its defense even when things are going well.

A lot of these things will happen as the team simply grows up.

A need for depth

This was a different World Cup than ever before. In normal situations, teams are together for a month before the tournament and teams can build up chemistry and endurance together. This World Cup was all about clubs dictating form – and this hurt the U.S. team. Key players like Weston McKennie, Tim Weah, Gio Reyna, and Sergino Dest all had limited minutes the first few months of the season. Luca de la Torre and MLS players have barely played. The lack of a month-long pre-World Cup camp really hurt the U.S. team. 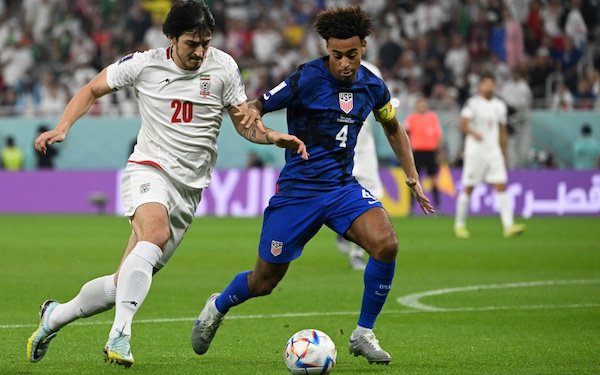 The U.S. team was making mistakes it didn’t make in the group stages, from key players. Adams lost the trialing runner on the opening Dutch goal. Dest lost Danny Blind on the second goal. Antonee Robinson wasn’t on his side for the final goal. Beyond that, Musah’s first touch let him down on a few occasions.

The U.S. needs to get into a position where it trusts its depth more. This was also a different World Cup where the games were in quicker success and there was not a lot of time to recover. It made the lack of roster turnover that much more of a problem.

As mentioned, the U.S. team is in a great position to start the next cycle. Whether or not Berhalter is the head coach, there has never been a better time to start a cycle. There is no need for a massive overhaul or a concern over hanging onto players too long. Most of the team can stay intact.
The areas in need of improvement do exist and they are pretty clear.

Starting center forward: Like most of the team, Berhalter brought three center forwards who were all fairly young and all showed that they have work to do – Haji Wright, Josh Sargent and Jesus Ferreira. All three will remain in the program but others like Ricardo Pepi and Brandon Vazquez will also compete. This is a position that usually involves some maturity, so as these players get older, it will be an open competition.

Starting central defense: Despite Walker Zimmerman’s penalty-kick foul against Wales, he played well in this tournament. Tim Ream was excellent, and Cameron Carter-Vickers acquitted himself well against Iran. Central defense wasn’t at fault for the Dutch goals either. But Ream is now 35 and Zimmerman will be turning 30 in May. Aaron Long is also past 30. Berhalter or the next coach will have to shift through the next core of central defenders (Erik Palmer-Brown, Mark McKenzie, Miles Robinson, Auston Trusty, Chris Richards, etc) to find a pair to build around.

Backup midfielders: After the Musah-Adams-McKennie midfield trio, there weren’t a lot of options. Brenden Aaronson had his moments, but he is a very different style and might be seen as a winger (the same with Gio Reyna). Kellyn Acosta has been a decent backup to Adams. But there needs to be depth because the U.S. team has all of its eggs in the current basket. Too many options this cycle didn’t pan out in the midfield either due to injury, youth that didn’t materialize, poor form, age, or just quality (Jackson Yueill, Gianluca Busio, Johnny Cardoso, Sebastian Lletget). Even Luca de la Torre was at the World Cup but injury and a total lack of minutes in Spain hurt him at the wrong time. Berhalter or the next coach needs to build up depth in the midfield.

If I was to grade this World Cup, I would give it a solid B+ for the U.S. team. Berhalter took a team with a remarkably young starting XI.

In each of the four games, the U.S. team had long stretches of playing well. This had never been the case before. In 2002, the team fell apart against Poland and was nearly eliminated. There is an argument that in 2010 the team played consistently well, but this tournament had a harder schedule.

Even in the lone loss of the tournament against the Netherlands, the U.S. played well for significant periods. This wasn’t a case where the U.S. team was pinned back and tried to bunker out a result. The chances were there for the U.S. team to score more goals. Compare the loss to the Netherlands and the loss to Belgium in 2014, it was completely different. The USA didn’t need Matt Turner to make save after save like Tim Howard. 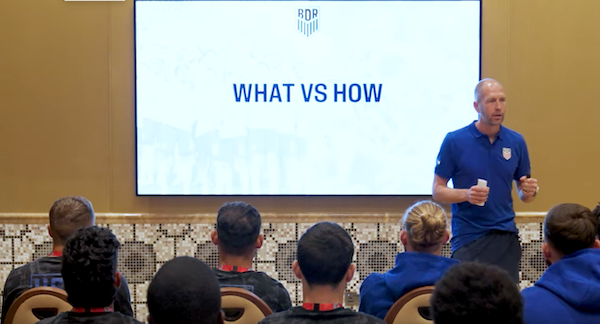 The foundation is there. This team has both technical ability as well as speed and athleticism in key areas. The entire front six will be 24-27 years old in 2026. On top of that, there will be others emerging to push these players to prevent complacency.

Putting it together for consistently complete performances still wasn’t there, and that will be the job of whoever coaches the next cycle. But for where the U.S. team was four years ago to where it is now, it is very encouraging.

Overall, it was a good cycle for Berhalter. He moved past the older generation. He built the “MMA” midfield which has a lot of chemistry. He also did well to establish the two outside backs. He also finishes the cycle with accomplishments – Nations League, Gold Cup, and advancing to the knockout stages of the World Cup all while trying to build a young team.

Whether or not Berhalter returns to the program as his contract is up, he got a lot done this cycle.