CF Montreal, which reached the 2022 Eastern Conference semifinals, has now bid adieu to three players who are headed to Europe.

Two of its seven Canadian World Cup players are on the move: defender Alistair Johnston to Scotland's Celtic and Ismael Kone to second-tier English club Watford. They follow to Europe midfielder Djordje Mihailovic who had signed with Dutch Eredivisie club AZ Alkmaar in August but finished the 2022 MLS season with Montreal.

Johnston's transfer fee from Celtic has been reported as nearly $5 million and Kone's from Watford in the $8 million to $10 million range. 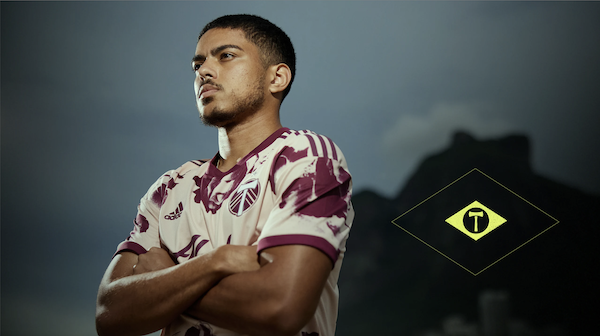 Moving the other direction is 24-year-old Brazilian attacking midfielder Evander, whom the Portland Timbers have signed from Danish Superliga's FC Midtjylland for a Timbers club record. The transfer fee for the current Europa League assist leader (five in six games) has been reported at $10 million.

Evander, who signed a Designated Player contract through 2026 with a club option for 2027, scored 50 goals and made 38 assists in 167 appearances in all competitions since joining Midtjylland in 2018.

• Evander becomes new face of Portland’s attack. The 24-year-old Brazilian and 2022 Europa League assists leader arrives from Danish Superliga side FC Midtjylland for what the Timbers announced was a franchise record. Various media outlets reported a $10 million transfer fee.
• Sebastien Ibeagha joins FC Dallas from LAFC for a two-year deal. The 30-year-old center back who made 13 starts (including its MLS Cup win) in 19 appearances for LAFC in 2022 became a free agent at the season's end.
• Alistair Johnston heads to Celtic on a five-year deal. The 24-year-old CF Montreal player represented Canada in Qatar, going the distance in all three group games. The right back will join American Cameron Carter-Vickers in Scotland.
• Ismael Kone moves to Watford FC. The 20-year-old Canadian, who spent one year with CF Montreal and appeared for Canada at the World Cup, seeing a total of 121 minutes in three substitute appearances, joins English Championship club Watford FC on a four and a half year contract.
• Bobby Wood picked up by New England from free agency. The former U.S. national team forward, who was selected by the New England Revolution in the re-entry draft two weeks ago after Real Salt Lake opted not to retain his services, signed a one-year contract with the Revs.