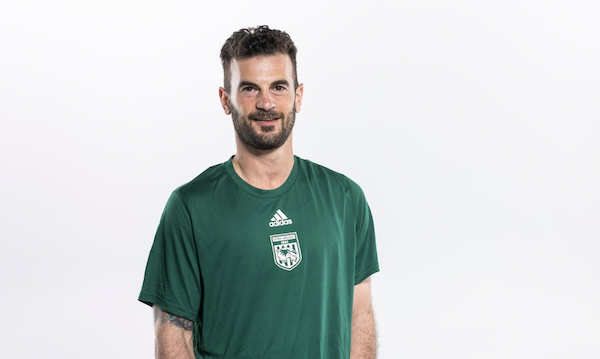 Kyle Beckerman moved directly from MLS to D-I. He moved from playing professionally to head coaching. He did not even have to move from Salt Lake City.

Not bad for a man who never took a coaching course, but was handed the reins in the middle of the spring season when Greg Maas – the only men’s soccer coach UVU ever had – resigned to pursue a business opportunity.

That lack of a license did not deter UVU from pursuing him, or Beckerman from applying.

The Maryland native played for many coaches during a career that included 14 years with Real Salt Lake. He retired in 2020 as Major League Soccer’s all-time leader in games played (498), games started (461) and minutes played (41,164) among field players. He was a nine-time MLS All-Star, a four-time team MVP, and selected as one of the league’s 25 Greatest Players of All Time.

Along the way, Beckerman played for many coaches. Some “with every license in the book” were good, he says. Some were not. Ditto for those without.

His plan after retirement was to decompress from soccer for a year, and figure out the rest of his life. Three months later, UVU called. Two weeks after that, he was hired.

He let Maas’ assistant coaches handle the final three matches of the 2021 spring season. They included Michael Chesler, a goalkeeper and Orem native (where UVU is located) who Beckerman knew from training a bit with RSL. 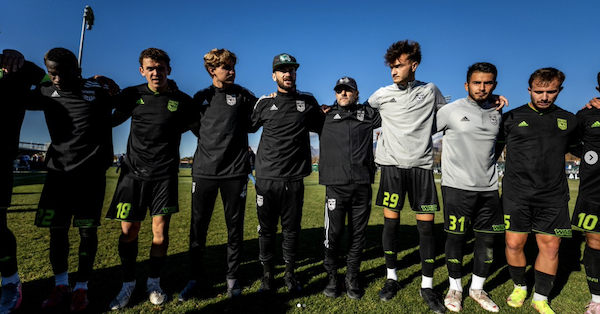 Beckerman held individual meetings with his players. Then he really got to work.

“We chipped away at what needed to be done,” he recalls. He read about coaching and leadership. He mapped out training exercises – many of them ones he felt were productive as a player. When the fall began, he led with confidence.

Yet coaching is different than playing. He jumps into practice games only when numbers are low – and usually only passing, shooting and Rondo, not intense small-sided games.

“When you’re in college, you take for granted how fit you are,” Beckerman laughs. “It’s so easy to lose fitness. Besides, I don’t have time to be injured.”

Like any experienced coach, he evaluates each session afterward, looking to improve. “It’s all about improvement,” Beckerman says. “We ask players to get better every day. That’s what I’m trying to do as a coach.”

Part of that improvement includes game management. It took a while, he admits, to get the hang of first-half substitutions. He’s learning the administrative side of coaching as well.

But some elements of coaching he’d never thought of before. He always took good nutrition for granted. Now it’s up to him and his staff to find the best place to eat on the road, or make sure the hotel provides appropriate meals.

“As a player you just perform in training or a game. Then you get your body and mind ready for the next one,” Beckerman says. “As a coach you’ve got a ton more things to deal with.”

Beckerman is also working with associate head coach Alex Yi, his teammate, along with the likes of Landon Donovan and DaMarcus Beasley, on the famous U.S. youth national team that finished fourth at the 1999 FIFA U-17 World Cup. Beckerman, like Donovan and Beasley, was part of a new generation of American teenage soccer stars who skipped the college game and went straight into the pro game. 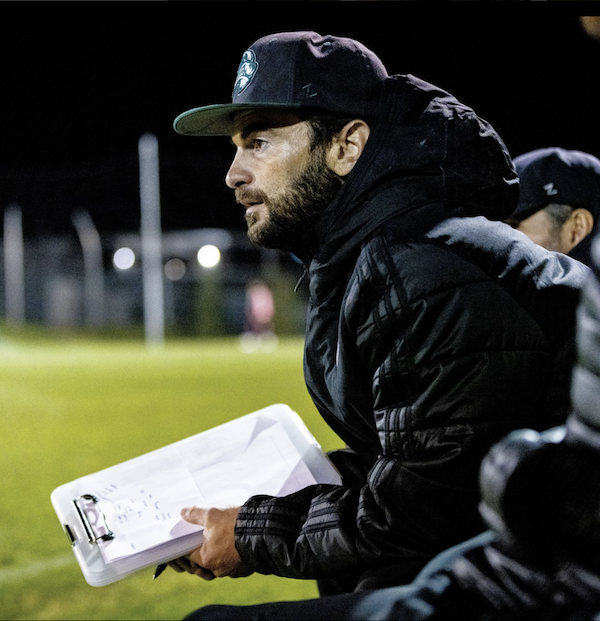 As Beckerman became the oldest player on RSL, he enjoyed watching younger ones join the team. So while he’s not unused to dealing with college-age athletes, his role is different. Part of his job is to make sure they enjoy the journey.

“A lot of them are already thinking about the next level,” the 40-year-old Beckerman says. “I want them to be present, to be here. They have to focus, work 100 percent, and be humble. And be good human beings.”

Utah Valley’s head coach has always modeled that. He’s a three-time winner of Real Salt Lake’s Jordan Guernsey Humanitarian of the Year Award. One of his projects, “Light the Rez,” brought solar energy to homes in the Navajo Nation.

Coaching takes time away from activities like those. But he will resume them soon – and include the Wolverine soccer program in his efforts.

Yet as much as he enjoys coaching, it does not completely rule his life. When he gets home, he says, “my coach hat comes off, and my dad hat goes on.”

He and his wife Kate are parents of a 4-year-old and a 18-month-old. In January, the Beckermans and their Utah Valley University soccer family will welcome a third.