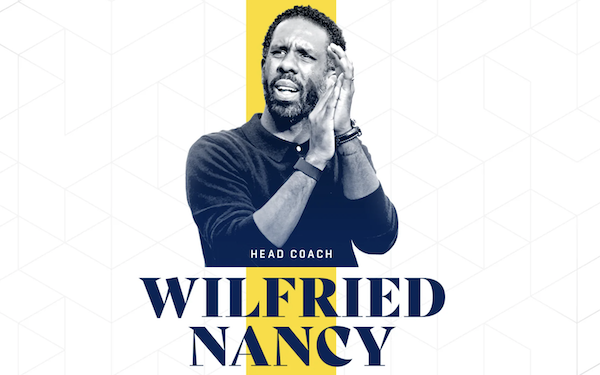 Wilfried Nancy, who in his second year as CF Montreal head coach guided it to the MLS Western Conference semifinal and was 2022 MLS Coach of the Year, is the Columbus Crew's new head coach.

CF Montreal stated that Nancy was contractually bound for the 2023 season, but it reached a financial agreement with the Columbus Crew that includes the departures of assistant coach Kwame Ampadu, fitness coach Jules Gueguen and video analyst Maxime Chalier.

Nancy joined CF Montreal as an academy coach in 2011 and coached  U-18s, U-21s and the U-16s before becoming first team assistant coach in January of 2016. He was promoted to first-team coach in 2021.

The 45-year-old hails from La Havre, France but spent his early childhood on Guadeloupe, Martinique, Djibouti and Reunion thanks to his father being in the French Navy. He joined Toulon’s academy at age 14 and played a short, uneventful professional career in France’s lower-leagues before moving into coaching.

As head coach he had Montreal playing a ball-dominant and up-tempo brand of soccer with both a three- and four-back system. He was also applauded for developing young talent from its academy programs.

Columbus’ 28th MLS campaign begins in two months on February 25. Nancy will seek to revitalize a Crew team that performed plenty of great moments but offered little consistency in its last two playoffless seasons after it went all the way in 2020. The Crew was, to a degree, suffering from an MLS Cup hangover, an ailment Nancy is not familiar with.

Nancy’s appointment follows Caleb Porter’s dismissal after the Crew’s 2022 season where it won two more games than it lost and scored five more than it conceded over 34 games — frustratingly average given the talents Porter had at his disposal, such as Lucas Zelarayan and Cucho Hernandez.

The Crew’s defense was also notorious for conceding late and choking points up in the dying minutes of matches. Columbus finished eighth in MLS’ Eastern Conference and 16th overall.

CF Montreal, on the other hand, is left with yet another void in their 2023 season project: so far this offseason, it has sold playmaker Djordje Mihailovic to AZ Alkmaar, ball-winning midfielder Ismael Kone to English Championship side Watford FC and Alistair Johnson to Celtic in Scotland.