2026 World Cup format: Thinking outside the box to create the best bracket 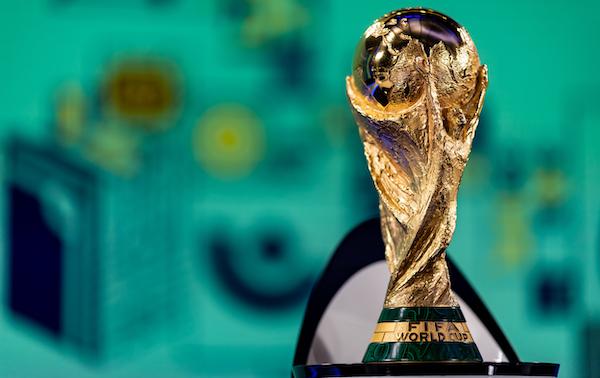 FIFA may be on the verge of a wise decision. It could, however, be better.

For context, rewind to June 25, 1982 — one of the darkest days in international soccer history.

Algeria had shocked West Germany 2-1 in the Group 2 opener. Austria went on to beat Algeria 2-0. All three teams beat Chile by varying margins.

The only game left was Austria vs. West Germany, played the day after Algeria beat Chile. The African nation had a goal difference of zero, while the two European nations were in positive territory.

West Germany needed to beat Austria to advance. Austria only needed to avoid a loss by more than two goals.

Austria gave up a goal 10 minutes into the game. And that was that. Players meandered around the field while fans taunted them, TV commentators vented their outrage, and journalists prepared their barbs.

From then on, group finales have always been played at the same time. Teams no longer line up for kickoff knowing the exact result that will send them through.

With its initial plan for the 2026 World Cup to feature three-team groups from which two teams advance, FIFA would open the door to go back to that dark time. One of many frightening scenarios: Team A beats Team B 2-0, Team B beats Team C 1-0, and then Teams A and C enter the finale knowing that a 1-0 Team C win sends both teams through.

Another unsatisfying outcome: Teams A and C both beat Team B, and the group finale is a dead rubber.

Credit to the powers that be for recognizing the problem and at least thinking about a new solution: 12 four-team groups, with the top two in each group and eight third-place teams advancing to the 32-team knockout round.

But is that format satisfying in its own right? A total of 72 games just to eliminate 16 teams?

Then there’s the issue of third-place teams advancing. Comparing teams’ records across groups is always awkward because some groups will be a Group of Death and some will be a Group of Sharks and Minnows. Why should a team that beats up on the 48th-best team in the World Cup advance to the round of 32 alongside teams that fought their way to first or second in a more difficult group?

Surely we can think of a better solution.

Have 12 groups of four. Top two in each group advance. Top eight group winners get byes.

The drawback is that we’re still comparing across groups. But in this case, we’re only deciding who gets a bye rather than deciding who survives.

And the best part is that teams that make it to the round of 16 will have earned it. Path A: Win a group convincingly. Path B: Finish second in your group and win a knockout game.

We have two more options to consider, both fulfilling the lust for knockout games while still guaranteeing each team at least two games and minimizing the chance that one shock result will send a team home too early …

First, let’s look at the continental quotas that have already been set: UEFA 16, Africa 9, Asia 8, Concacaf 6 , South America 6, Oceania 1. The “one-third” slots refer to places in an intercontinental playoff for the last two spots. (In 2026, three of CONCACAF’s places will go to the host nations — the USA, Canada and Mexico.)

We’ll need to tinker a bit with qualifying in some regions. Not South America, where they’ll play their usual 10-team group stage. The Oceania format doesn’t really matter; winner goes to the Cup, runner-up goes to the playoff.

Everywhere else in the world, let’s aim to have six-team groups from which two advance to the Cup.

Byes will be for group winners only in all regions but South America, whose runner-up is also eligible. The incentive to claim a bye puts an emphasis on winning a group, adding a bit of drama.

We’ll still have more teams than byes, though, so we’ll need to use FIFA rankings to pick the top 16 from this pool, with a maximum of eight from UEFA. Every region except Oceania (just merge with Asia already) gets at least one bye.

Here’s how the World Cup bracket would’ve looked this year, though it will be a little different because we’re using the actual 2022 World Cup qualifying system. FIFA rankings (as of March 31, the ranking used for this year’s draw) and qualifying criterion in parentheses. Number refers to seed; note teams are shifted to avoid regional matchups until round of 16.

I ran a simulation to see how a 48-team draw would’ve worked this year, adjusting for the actual 2022 qualifying system. Aside from the simulation site having an unreasonable tilt toward Mali  —  which defeated South Korea, Spain, the USA and France before losing to Belgium and getting knocked out in a rematch with France — the hypothetical tournament is a lot of fun.

• Canada gets the 16th seed and a bye as Concacaf champions but still can’t get a World Cup win, losing 1-0 to 17th seed Portugal and crashing out to No. 33 Tunisia.
• Portugal goes on to upset No. 1 Brazil in the third round but loses a rematch in the losers’ bracket.
• Jamaica beats Wales in the first round and upsets Iran on PKs in the second.
• Colombia also falls to a Concacaf team, Panama, but tears through the losers’ bracket with wins over Saudi Arabia, Egypt, Japan and the USA before falling to France.
• Argentina rolls past Algeria (2-0), Jamaica (1-0) and England (3-1) before losing to the Netherlands. Messi and company knock out Brazil on PKs and avenge their loss to the + Netherlands to reach the final.
• The winners, seeded second, get past Australia (2-0), Morocco (3-1) and Mexico (1-0) and then annihilate France 5-0 in the semifinals before beating Argentina in a 1-0 final. Congratulations to … Belgium.

Pros: Every game is meaningful, every team gets a second chance (until the semifinals, which are a straight “final four” format), and qualifying group winners get a meaningful advantage while still giving underdogs a good shot.

Cons: The tournament bracket is … complicated. It’s possible, though unlikely, that a team could end up playing 10 games.

Divide the 48 teams into eight groups of six. Within each group, hold a short double-elimination tournament.

The top 16 teams in the World Cup as a whole still get byes. That’s two per group.

Each group winner advances to the quarterfinals, from which we proceed with simple single elimination.

This format is a little simpler, and no team would play more than eight games — five in the group playdown, three from the quarterfinals onward.

Probably a little late for that.