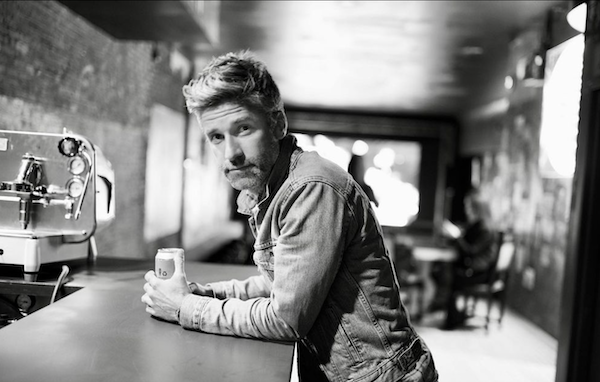 In 2018, Kyle Martino  lost his bid to become president of the United States Soccer Federation.

It was the best thing that ever happened to him.

He campaigned in part on a pledge to address the financial barriers that keep many boys and girls from advancing in the game, or even playing at all. Losing the race gave him time and space to create solutions.

Martino grew up in the upscale community of Westport, Connecticut. He was the 1998 Gatorade National Player of the Year at Staples High School, then went on to the University of Virginia. He was MLS Rookie of the Year in 2002 with the Columbus Crew. He played later for the Los Angeles Galaxy and earned four U.S. men’s national team caps, before retiring in 2008 due in part to hip injuries.

Martino’s next act included color commentary on MLS for ESPN, and as a studio analyst for NBC Sports’ coverage of the English Premier League.

But in the aftermath of his presidential defeat, he says, he could not stop thinking that “the greatest game on the planet” was not available to every American youngster. He created the Over Under Initiative: a non-profit aimed at using sports to address health and wellness in urban neighborhoods.

One day, he pitched the idea to a Brooklyn Parks and Recreation official. “He just wanted to get rid of me,” Martino recalls. “He said, ‘Kyle, the goal has to disappear.’”

That was his “aha!” moment. Martino had never thought of himself as an engineer, but he spent nights at his kitchen table, trying to design a retractable goal. He examined every door and hinge he saw, and learned all he could about hydraulic systems, pinch points and slip co-efficients, seeking a solution.

Keeper Goals – a family-owned Wisconsin supplier – was the only manufacturer that believed in his project. They helped Martino develop a series of prototypes.

But Martino got a meeting with National Basketball Association commissioner Adam Silver. They talked about health and wellness, childhood obesity, and the factors that kept youngsters out of all sports. Silver encouraged Martino to keep working.

The second “aha!” moment came in an airport, as he idly played with his luggage handle. He realized that telescoping a goal – so it disappeared underneath a basketball hoop, but could be raised up easily by anyone – would solve the “it’s just a basketball court” problem.

Martino’s “Goalpher” small goal debuted in Bridgeport, Connecticut – a city less than 10 miles from his hometown, but socioeconomically a world away. They’re now in nine cities, opening up the game to boys and girls who live nowhere near a grass or turf field.

A court in the Bronx has inspired youngsters from West Africa, who missed the game in their new home. They’ve met teenage basketball players on the court, learned to play hoops – and introduced their new friends to soccer.

Few U.S. internationals have come from urban areas. Martino points to France, where many players on that top national team side grew up playing on concrete in housing projects.

“My competitive side wants to see American men win the World Cup, and our women continue to win. Opening up the game can only improve the quality of our players, long-term.”

Martino’s connection with high-level soccer is long and deep. He left NBC Sports during his divorce from actress Eva Amurri. Seeing his three children every other weekend was incompatible with the grueling weekend schedule of EPL matches.

But now he’s back on TV. TNT and HBO Max recently signed Martino, Julie Foudy and DaMarcus Beasley – his former youth national team roommate and close friend – to work on men’s national team broadcasts. It’s a less demanding, but challenging and exciting, opportunity Martino could not pass up.

Yet bringing soccer to urban youth, and covering the national teams on television, is not all Martino’s been up to.

When his playing career was over, he missed the camaraderie of the clubhouse. It was a place to “put my feet up, watch games on TV, bond and eat.”

Believing that soccer brings disparate people together – and provides a way to learn about art, music and cultures – he scouted Chinatown, where he lives in New York, for a place to open a “drop-in clubhouse” during the World Cup. (He tried an earlier version when he lived in Brooklyn. Crowds grew so large in his townhouse, he shut it down to avoid legal issues.)

Despite no advertising, 5,000 people found their way to “Haus” to watch games during the month-long World Cup. They represented every nation with a team in the competition.

Martino is already planning the next step: a 2-story club. The first floor would host a “Football Café," with food, coffee, drinks, apparel, art, games and music. The second floor is for watching games.

He has a name for the concept – “No One Home” – and hopes to open this spring.

“This is what I was meant to do,” Martino says. He means his clubhouse, television gig, Goalpher project and Over Under Initiative non-profit.

“The luckiest thing in the world for me was losing that U.S. Soccer election. That allowed me to actually do everything I’d only thought of doing before.”