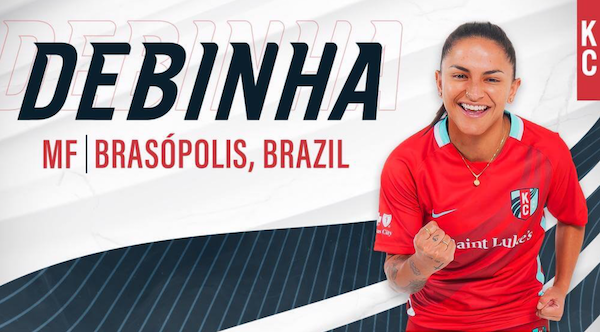 In 2022, the NWSL ratified the league’s first collective bargaining agreement. It included the start of free agency.

The free-agent market opened following the 2022 season’s conclusion, and the ensuing moves provide extra intrigue to the league whose 11th season kicks off in March 2023.

Players whose contract expired and have played at least six years in the NWSL were eligible to enter this year’s open market, while next year those with five years of service time will be eligible for regular free agency and those with three will be up for restricted free agency.

On Aug. 26, 2022, the window opened for 2023 free agents to begin negotiating a new contract agreement with their current team or a different team. The NWSL allowed teams to re-sign their own pending free agents at any time, but players looking for a change of scenery had to wait until Nov. 15 to sign a new contract with a new team.

While all 12 teams got involved in the free agent market by re-signing their own players or landing players from another team, the Chicago Red Stars and Kansas City Current were two of the most impacted. The Red Stars experienced a fair amount of player attrition as free agent midfielders Danielle Colaprico, Morgan Gautrat, and team captain Vanessa DiBernardo all signed with other teams. On the other hand, the Kansas City Current aggressively attracted multiple key players in the wake of its 2022 season during which it almost went from worst to first, coming up short in the final against the Portland Thorns.

The Kansas City Current made a huge splash by signing 31-year-old forward Debinha, a Brazilian international, to a two-year contract with a third-year option. One of the best available free agents spent the last six seasons playing for the North Carolina Courage. She scored the Courage’s first-ever goal in their home stadium and helped the team win NWSL Championships in 2018 and 2019. Debinha is one of 14 nominees for FIFA Best Women’s Player award after the stellar 2022 she had for both club and country. She was named one of the finalists for NWSL MVP after scoring a career-high 12 goals in 18 games with the Courage. Debinha added seven in 17 for Brazil, scoring the game-winning goal against Columbia that helped her country win its eighth Copa América Femenina title.

The Current also inked experienced midfielders Morgan (nee Brian) Gautrat and Vanessa DiBernardo to two-year deals. Gautrat played collegiately at the University of Virginia in 2011-2014, winning the MAC Hermann Trophy in 2013 and 2014. The 29-year-old Grautrat played for the Chicago Red Stars from 2017 to 2022 and was on U.S. squads at the 2015 and 2019 World Cups as well as the 2016 Summer Olympics.

DiBernardo is joining her teammate in Kansas City, leaving behind the only NWSL club she has ever known. After concluding her collegiate career at Illinois, the Red Stars drafted DiBernardo, the daughter of former U.S international Angelo DiBernardo who starred for them from 2014 to 2022. The 30-year-old holds Red Stars records for games played (155), minutes played (12,465) and assists (22).

The Current also brought in new talent from abroad. On Dec 22, they signed Swedish forward Mimmi Larsson (28) for two years. Previously, Larsson played with FC Rosengard in the Swedish league, winning titles in 2020 and 2021. She was part of Sweden’s 2019 World Cup roster.

Danielle Colaprico joined Gautrat and DiBernardo as free agent midfielders departing Chicago. The 29-year-old played with Gautrat in college, becoming the program’s appearance and assist leader at the end of her Virgina career. In 2015, the Red Stars drafted her ninth overall and she went on to win that season’s Rookie of the Year award. From 2016 to 2019, she spent time playing on loan for Australian clubs. On Dec. 5, she agreed to a two-year deal with the San Diego Wave. 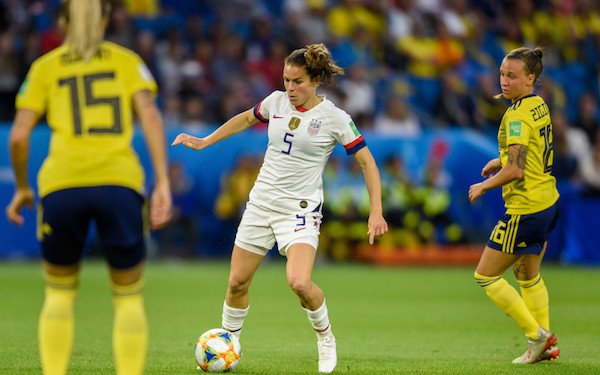 On Nov. 15, 34-year-old U.S. and NWSL defender Kelley O’Hara made history becoming the first NWSL free agent to sign with a new team when she announced her agreement with NJ/NY Gotham FC. This marks a return for O’Hara who played for Sky Blue FC (precursor to Gotham) from 2013 to 2017. She has spent the last two seasons as a member of the Washington Spirit, scoring the game-winning goal that secured the team’s first league title in 2021. The defender has played in three World Cups and won two (2015, 2019).

The Orlando Pride acquired 26-year-old Brazilian forward Adriana, signing her to a three-year deal following her transfer from Corinthians. The talented forward has scored 12 goals in 34 games for Brazil and will now be teaming up with compatriot Marta.

The North Carolina Courage signed Danish forward Mille Gejl Jensen (23) to a two-year contract following the departures of fellow forwards Debinha and Diana Ordonez. Gejl has scored seven goals in 23 matches for Denmark and 11 goals in the last two seasons with BK Häcken in Sweden's Damallsvenskan. She was a backup forward for Denmark at Euro 2022.

There were several significant trades among NWSL teams before and during the 2023 draft held Jan. 12 and a blockbuster deal on Monday.

North Carolina traded second-year forward Diana Ordonez to the Houston Dash pre-draft so that the Texas native could be closer to her family. The 21-year-old member of the Mexican women’s national team scored 11 goals last season, setting the record for the most goals ever scored in a season by an NWSL rookie.

The OL Reign traded for defender Emily Sonnett (29) from the Washington Spirit, giving up the 32nd pick in 2023 and its first round pick in 2024. Sonnett is a versatile and experienced defender who is going to further improve the Reign defense. She was on the U.S. team that won the 2019 World Cup.

Forward Lynn Williams (29) was traded from the Current to Gotham FC in exchange for the No. 2 pick, which the Current used to select 2022 MAC Hermann Trophy award winner Michelle Cooper out of Duke. Williams scored 39 goals in 78 collegiate games at Pepperdine. In 2015, she was drafted by the North Carolina Courage (formerly the Western New York Flash). She played with them until 2021, winning the 2016 NWSL MVP and three NWSL Championships (2016, 2018, 2019). In 2022, she was traded to the Current, but didn’t play after suffering a season-ending injury.

Williams was on the U.S. roster for the 2020 Summer Olympics (played in 2021) and is one of many forwards competing for spots on the 2023 World Cup roster.

Emily Fox became the third current USMNT player to be dealt in the last two weeks when the North Carolina Courage acquired her from Racing Louisville for Abby Erceg and Carson Pickett in a deal announced on Monday afternoon.

Fox, the No. 1 overall choice in the 2021 NWSL Draft out of North Carolina, quickly became one of the NWSL top outside backs and is contending for a starting role on the national team at the 2023 World Cup.

Erceg, the recently retired New Zealand captain, won three regular-season NWSL Shields and three NWSL Championships with the Western New York Flash and Courage, and Pickett was named the NWSL Best XI in both 2021 and 2022.