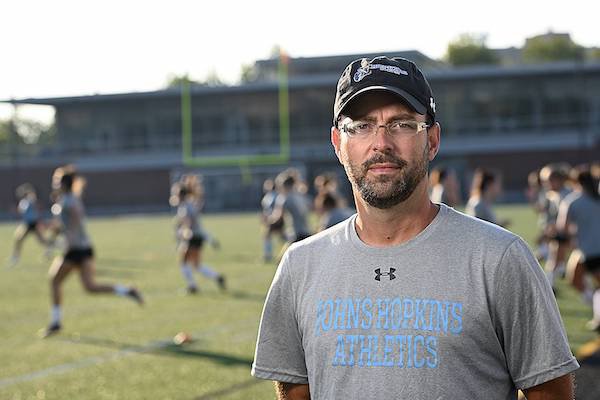 At Johns Hopkins, where the Fargo, North Dakota, native began in 2020 but hardly coached until the 2021 season because of the pandemic, Weiler guided the team to its first national title in 2022. The Blue Jays capped their undefeated season (23-0-2) with a 2-1 win over CWRU (Ohio) in the NCAA Division III championship game.

SOCCER AMERICA: You're the only active women's soccer coach in the nation with 100 or more wins at two different Division III schools (CNU and Concordia University). What is your recipe for success?

DAN WEILER: Kind of a big question. I mean, I think, I don't know — I've been in Division III for my whole career and started at Concordia [in 2000]. I learned as I went to a certain degree, but was only an assistant for a year or two, so I've kind of always been a head coach.

I've always been thinking about how I want my team to function and how I want that to translate to us winning games — but also, staying connected. Fortunately at Concordia, CNU and now at Hopkins we've been able to incorporate a lot of those things. It comes down to get the most out of your team, your players, and as much as I can, help them find value in whatever role they meet for that team in that year.

I try to do that. We work hard to make sure the student-athlete experience is a positive one, and at the same time we're certainly looking to win games. Fortunately I've been able to put together rosters that win in respect to their regions and on the national scale, and ideally to stay there is my hope for Hopkins. 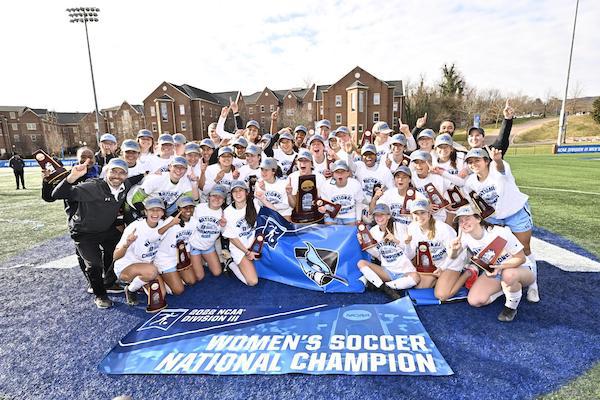 SA: John Hopkins University is one of the most competitive schools, academically speaking, in the country. What are the advantages and disadvantages of coaching at a school that has a high threshold for academic performance, both to get into the school and while they're at Hopkins?

DAN WEILER: It's certainly a challenge to identify young players who have the capacity from an academic standpoint, but it's also probably one of our biggest assets because our name is quite noticeable across recruiting circles or otherwise. When I sit down with families and I say I'm from Johns Hopkins people tend to know that name and that hasn't been the case at other places I've been with. I think you gain a lot of recognition just for the school itself, which means the interest level and the lists we have are very extensive.

We feel very fortunate — our biggest challenge of course is to find our way through that list and find which players academically are the right fit — from a team culture standpoint, are they the right fit? — and then do they play at the level that we feel is necessary to maintain what we're trying to do.

But in short, it's a challenge but it's also our best asset.

SA: You've been coaching college soccer since the early 2000s. How have you seen the evolution of the recruiting player profile through the years?

DAN WEILER: Yeah — you look back 10 or 20 years, these recruiting services weren't really out to help kids as they are now. They're certainly out to make money as well, but they do equip them with tools that are very useful — especially with a school like ours where we're recruiting across all 50 states.

We don't have the luxury of seeing all of the players in-person throughout the entire year, so the fact that they have highlight films, the network of coaches they're trying to point the kids to, it's become a lot more helpful for the student-athlete.

The recruit is becoming a lot more informed earlier, which for them is half of the battle. They need to know what they're getting into, and that it is a marathon, but also that the tools that they have equip them to be more in the driver's seat. The more knowledge they have early, the more that that empowers them.

I've seen that there's a little shift in what the recruits are able to do, and the time line is frankly quite mind-blowing. They're asked to make decisions early on in their high school careers and that can be very daunting for families and kids. Thankfully, that seems to have died down a little.

SA: How do you evaluate potential recruits? What attributes are you looking for?

DAN WEILER: I like to see a player at multiple times at multiple venues in multiple settings. For us, our camp setting is important. But it's not their natural setting — that's with their club team. We like to see their club team at multiple events, I mean really, so we can see how they react to a team that's better than them, maybe, or equal or lesser. That's the first thing — see them exposed to multiple stimuli.

From there, I'm looking for, are they technically and tactically sound? Do they psychologically handle adversity well? Some of the smaller things, later in the process, I start to look for how they are on the sideline, or with their teammates, or subbed out.

We have a girl coming next year who's a good player, but one thing that kind of sealed the deal was one time her team was not playing to their usual standard. She was the first one who was buzzing around her teammates who were sulking. For us, that's a really important piece.

We're at an institution with 98% graduation and retention rate. They stay there. All recruiters are looking to recruit graduates and not people who will leave, but I'm in a situation where I know they won't leave. So we all want to get it right, but knowing I'm recruiting players who will be here for four years, I gotta get it even more right. The character piece then, is really important. They've gotta be able to handle what's going to happen in college. Some freshmen hit the ground running and some take some time. 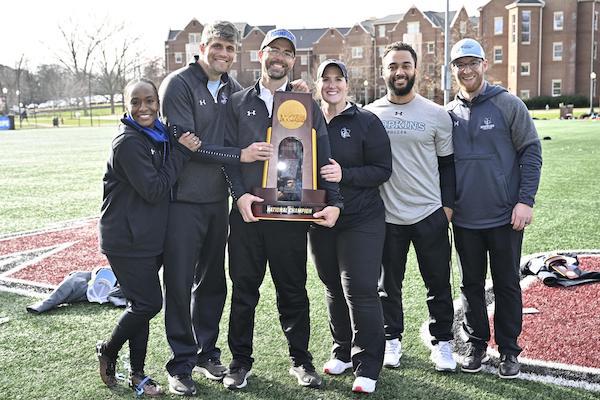 SA: Some of your favorite memories celebrating the 2022 national title?

DAN WEILER: The [championship] game ended 2-1 but we had a penalty kick with nine minutes to go that we missed. We're really finding out we win at the last second, which isn't always the case. Sometimes you're preparing for that moment. But the final whistle blew and a rush of everything good that your body does at that moment  — it sends all of this great vibe to you — and the other great part is that you're surrounded by everyone else who has the same feeling. And it didn't wear away, I mean, it stayed with us in the locker room, the bus ride home, eating at Chipotle.

Of the good things — the buzz of that lasted a long time. There's some players who played every minute and others who didn't play at all, and all of them felt so connected to that moment. That's what we were hoping for — that collective joy with the things that we do.

We got back to campus and everyone went into finals. It was like, 'here's the real world.' Right after finals is Christmas break, so we got together once to reminisce but that was it. Our next time to revisit this is when the players come back to campus and then we have our banquet coming up, and that'll be a big moment to relive it.

SA: You're arranging a dinner party and can invite three soccer people, dead or alive, who would they be?

DAN WEILER: Well, Pele would be one. His influence on the game — I just saw a little meme of him basically doing all of the signature Ronaldo moves — he's doing it in the 60s. I've gone to Brazil a few times and I asked the locals who the best Brazilian was. They'll say Ronaldo, or another name. And I'll ask them about Pele, and they'll say, 'Well, he's God.' He's not even on the list, he's above the list.

Zinedine Zidane. He was such a master. In the 2006 World Cup final on his penalty kick — I hadn't seen a player of that stature with that kind of composure. It just blew me away. And of course the managing part of it. He's above the list.

Probably Pep Guardiola, more as a manager, though he played at a really high level. What he's done for the game, for me, I'm just fascinated. I read everything I can on the guy. It's not scratching the surface when you read because it's too complex, but I'm a pretty big Pep guy. Even if I didn't say anything, sitting down and listening to those three guys chat, I'd be in heaven.

Photos: Courtesy of Johns Hopkins Univesity including top photo by Will Kirk