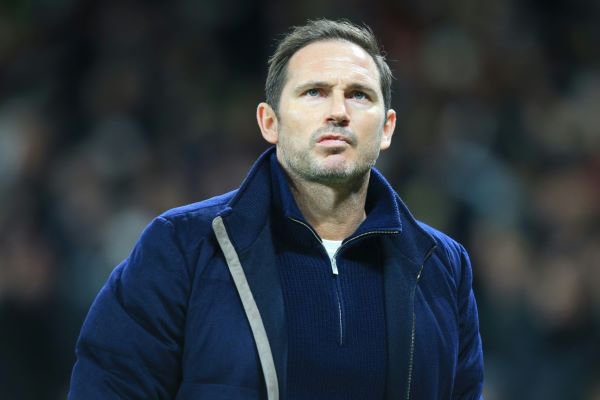 Relegation-threatened Everton sacked manager Frank Lampard after less than a year in charge at the Goodison Park club.

The former Chelsea boss was appointed to replace Rafael Benitez in January 2022, but leaves with the side languishing 19th in the standings, level on points with last-place club Southampton. In a sign of the turmoil enveloping Everton, club directors were earlier this month ordered to stay away from Goodison Park due to perceived security risks.

Everton fell to a damaging 2-0 defeat at fellow struggler West Ham on Saturday -- a ninth loss in its past 12 Premier League matches.

Everton owner Farhad Moshiri had previously offered public backing for Lampard, 44. But Moshiri, watching Everton for the first time in more than a year at the West Ham game, was far less supportive when asked after the match whether it was time for Lampard to be sacked.

"I can't comment. It's not my decision," he told Sky Sports.

Speaking about his own future, Lampard said: "Those things are not my choice. It is my job to work, focus and keep my head down. I know there's things going on at the club, but it's never been a consequence for me whether a chairman or board member is at the game."

Everton felt compelled to act over Lampard's future as it fights to avoid playing outside the top-flight for the first time since 1954. Lampard arrived at Everton 12 months ago with the team languishing in 16th place and the former Chelsea and England midfielder initially looked like a shrewd appointment, helping the Merseyside club avoid relegation.

Fan fury. Fueled by fervent backing from their fans at Goodison Park, the Toffees beat the drop by winning three of their last six league matches, including a dramatic 3-2 victory against Crystal Palace that preserved their Premier League status.

But Everton is now looking for its eighth permanent manager in less than seven years after Lampard failed to build on the momentum from that successful end to the last season. Lampard won only 12 of his 44 matches in charge of Everton in all competitions.

Hampered by the offseason sale of Brazilian forward Richarlison to Tottenham, Everton has managed only three wins in 20 league games this season against a backdrop of mounting fan fury.

There have been widespread protests against the board and Lampard at recent games. Supporters staged a sit-in demonstration after the recent loss to Southampton, with Everton defender Yerry Mina and team-mate Anthony Gordon confronted by fans when they left Goodison Park in their cars.

Lampard, Chelsea's all-time leading goal scorer as a player, started his managerial career at Derby. He led Derby to the Championship playoff final in his only season in charge at Pride Park, which ended in a loss against Aston Villa at Wembley Stadium.

Lampard took Chelsea into the Champions League during his one full season as manager at Stamford Bridge but was dismissed in January 2021 with the Blues in ninth place in the Premier League.