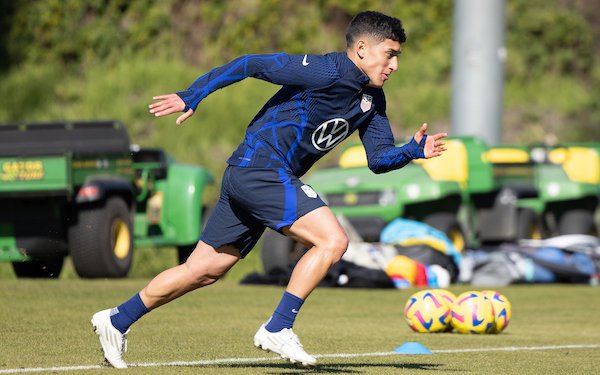 Speaking from Carson, California, where the USA is preparing for Wednesday's friendly against Serbia in Los Angeles. the 24-year-old Texan said, “I'm enjoying the moment, taking the opportunity that I have this week."

The opportunity is unique on several levels.

It isn't often a player is called in-season into the USA's January camp. Zendejas is coming off an eye-popping performance last Saturday for Mexico's Club America — one goal and one assist plus a shot off the post minutes after he scored his golazo — and has another game for America against Mazatlan FC this Saturday, but the Mexico City giant still agreed to release Zendejas for Wednesday's U.S. game.

"I gotta be honest," said Anthony Hudson, who is coaching the USA at the January camp, "the fact that Club America is letting him come into play against Serbia, and then go back to play for them on the 28th is amazing."

To fulfill its U.S. tour obligations, Mexico played friendlies outside the FIFA window in 2021 and 2022 with mostly Liga MX players. Zendejas, who was born to parents of Mexican descent and played in Mexico the last six years, made senior appearances against Ecuador and Guatemala.

There was one problem, no paperwork was ever filed with FIFA to make Zendejas eligible to play for Mexico. He played for the USA at the 2015 Under-17 World Cup, tying him to the USA until he filed a switch of association and FIFA approved the application.

FIFA recently ordered Mexico to forfeit the national team's two senior friendlies and three under-23 games in which Zendejas played and issued a fine of 10,000 Swiss francs ($10,900) for fielding the ineligible player.

Zendejas is currently eligible to only play for the USA, but he could still file a switch of association to play for Mexico's senior team in the future. 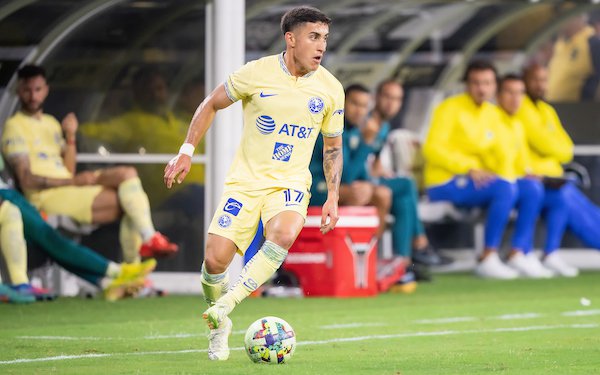 Just what happened when he was called up by Mexico and played for El Tri, why he never filed a switch of associations — then-Mexico coach Tata Martino said last September "it's almost an extortion" that Zendejas didn't finalize his one-time switch — or whether his decision to come into the U.S. camp means he's committed to the USA were all questions Zendejas was asked about on Tuesday.

But he made it clear during media questioning that he did not want to discuss his national team situation, past, present or future.

Is he an American player going forward?

"I'm enjoying the moment and the opportunity that I have this week. I have my mind focused on tomorrow's game."

What's it like to be recruited by two countries?

"It's an honor to be here, enjoying the moment and trying to take advantage of this opportunity not everyone can get."

Is he surprised by all the fuss about the circumstances of playing for Mexico when he was ineligible?

"I'm just enjoying the moment. I'm enjoying this week. It's fun to reconnect with a bunch of players that I used to play with. And like I said, it's an honor to be here."

Does he look forward to having a resolution to his international future and not having to answer questions about it?

"I'm enjoying the moment, enjoying the present. I'd rather live day by day. And then, once the moment comes to choose the future, I'll decide on that."

Zendejas grew up in the U.S youth system early in the last decade with players such as Christian Pulisic, Tyler Adams, Haji Wright and Luca de la Torre, who went with him to the 2015 U-17 World Cup in Chile and represented the USA at the 2022 World Cup. He was reunited in Carson with another former U-17 teammate and fellow Mexican-American Brandon Vazquez.

"Alex is an absolute baller,” said Vazquez, who is also looking for his first U.S. senior cap. “He's so shifty, his velocity and speed is great, and he's amazing on the ball. So playing with him is always really, really fun.” 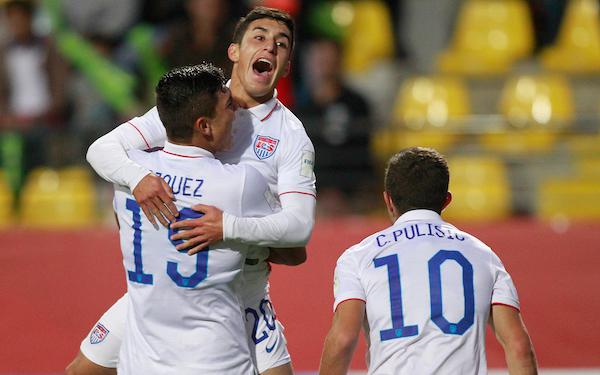 Zendejas started out at Chivas—where he had to renounce his U.S. international ties—but played just six Liga MX games in two seasons and lost touch with U.S. Soccer.

"I didn't really get much playing time," he said. "I was just focusing on trying to get my opportunity to play, play play."

His career took off after a move to Necaxa in 2020 and then America last season. He has 24 goals in 90 Liga MX games in the last three-plus seasons.

"I made my move to Necaxa and got more playing time," he said. "I guess you can say I got back on the radar. And now that I made this move to Club America, that helped me out a bit."

“Back a while ago, Gregg had started that process and had a conversation with Alejandro,” explained Hudson, who was an assistant under Berhalter and is in charge of the team in January. “I think it was really about timing, and I think this opportunity came up."

Hudson said the goal was to use the January camp to bring in players who he described as "young high potentials," players with Olympic eligibility (including five U-20s), dual nationals (some of whom he said could not be brought in due to club commitments) and veterans (including five from the 2022 World Cup team).

"When we put the list together, we put names on there and he was one of them where," Hudson said of Zendejas. "I have to be honest, I didn't think there was any chance we were going to get him, because he's obviously playing in season right now. So when we made the call to the club, the club were amazing, really positive. Very supportive of him coming in. Again, I was shocked. They've been great. And then we spoke to Alejandro and the same thing: He was so excited to come in. What a nice guy he is. We're lucky that we've got him in.”

Most of the players in January camp are younger than Zendejas, but he played with Kellyn Acosta and Walker Zimmerman at FC Dallas in 2015 and Paxton Pomykal and Jesus Ferreira were in its academy program. He said the best part of camp so far has been reconnecting with the players he knew from earlier in his career.

"It's been forever, probably like six years, ever since I made the move to Mexico,” he said. “I kind of lost connection for a bit, but it's good to see the guys again. We're all jokesters.“