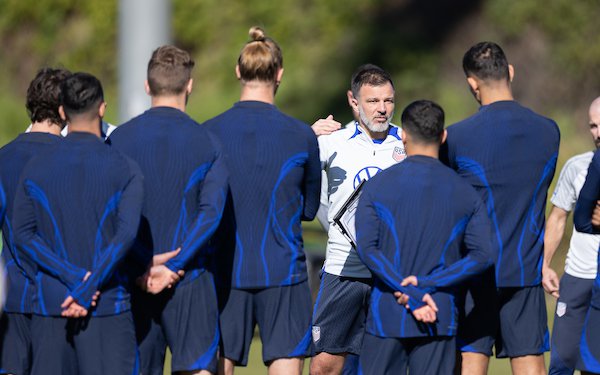 The national team is taking its initial steps toward the United States' second home-soil World Cup in somewhat “sad” and “difficult” times, acting head coach Anthony Hudson readily acknowledges, but if the controversies surrounding U.S. Soccer and its signature men's program have created a quandary of sorts, at least for him, there's still a job to be done.

The U.S. has three and a half years to prepare for the 2026 championship, when, it is greatly assumed, the young talent that largely impressed in the round-of-16 run in Qatar has an opportunity to climb heights unseen since the Yanks reached the semifinals in the first World Cup, 96 years earlier in a vastly different world.

None of the Europe-based standouts responsible for this belief are in Southern California for this first camp of the new cycle, of course — the annual January camps have always been about new and/or rising faces amid home-based veterans, with a Qatar quintet leading the latter effort here — but there might be a few of their future teammates on hand, and that's what matters most. The future begins now.

The greater context — how Gio Reyna's troublesome attitude, Gregg Berhalter's good-faith/bad-manners discussion of the resulting challenges, and Danielle and Claudio Reyna's helicopter-parents-on-steroids response roiled the Federation, sparked an investigation into the head coach, and likely destroyed a decades-long friendship between two of the country's most prominent soccer families — casts a shadow, for sure, but it's one easily sidestepped.

“I think there's a sense of, like, sadness, because everyone puts so much into it, including [World Cup veterans Kellyn Acosta, Jesus Ferreira, Sean Johnson, Aaron Long and Walker Zimmerman],” Hudson said on the eve of the Americans' 2023 debut Wednesday night against Serbia at Los Angeles FC's BMO Stadium. “It's been a dream for so many of them, so many of us. ... They set out with big, lofty ambition, not just to go [to Qatar], but to go there and represent themselves in a way that people would sit up and take notice of the team.

“So when all this happened, I think it was one of, like, it's a shame, it's sadness, because all the attention has gone away from that, all the good work has been shifted in another direction. As they've come into camp, the conversations we've had [have been about] this is part of professional sports. Adversity is part of this. ... You just have to keep responding.”

Hudson, 41, has done so, not without some trepidation. The Seattle-born, London-raised son of former NASL veteran Alan Hudson, was Berhalter's top assistant in Qatar after coaching the U.S. under-20 team (briefly) following stints in the USL Premier Development League, the English fourth tier, with Bahrain's and New Zealand's full and U-23 national teams, and during a particularly rough stretch with the Colorado Rapids.

Hudson was chosen earlier this month to run this camp — and guide the U.S. against Serbia and in Saturday afternoon's friendly with Colombia at Dignity Health Sports Park — after Danielle Reyna informed Earnie Stewart, U.S. Soccer's sporting director, about a violent 1991 incident involving Berhalter and his girlfriend Rosalind, to whom he's been married 25 years. Stewart, a former World Cup teammate of Berhalter's and Claudio Reyna's, commissioned an outside investigation of the incident, and Berhalter in a statement called his actions that evening “shameful” while noting how “the lessons learned” formed the "foundation for a loving, devoted and supportive relationship.”

Berhalter's contract expired at the end of last year, and he has said he'd like to continue as U.S. coach.

“I've been asked to do this job, [and] it comes in very strange circumstances, very difficult circumstances,” Hudson said after Tuesday's training session at DHSP, the LA Galaxy's home base in suburban Carson. “It's a shame for everyone who's involved: players, staff, Gregg. Everyone is affected by it. It's not a nice situation.

“But then the camp starts approaching, and, first of all, I've said yes to doing it. So then my next huge responsibility is to the players. And we know, historically, this camp opens up a space for new players to come in, and we've seen over 30-plus players that have earned their first or second cap in this window in the past and gone on to represent the States in a World Cup.

“This is a camp for opportunity for players. So I just keep defaulting back to that, that my responsibility is making sure that I help prepare the players, help the staff prepare for the players, get them ready for the game and put them in a position to succeed. That's what I'm thinking.”

What's going on behind the scenes is immaterial.

“You're still coming in and you're representing the United States of America,” said German-born fullback/midfielder Julian Gressel, a seventh-year MLS veteran who gained U.S. citizenship in November. “You're playing for your country, so no matter what happens in the future, you can show you want to be part of the group moving forward, no matter what that will look like. It's a big opportunity.

“There's a lot of new faces, including myself, and we're excited to build on what has happened in the World Cup and what's happened over the past four years.” 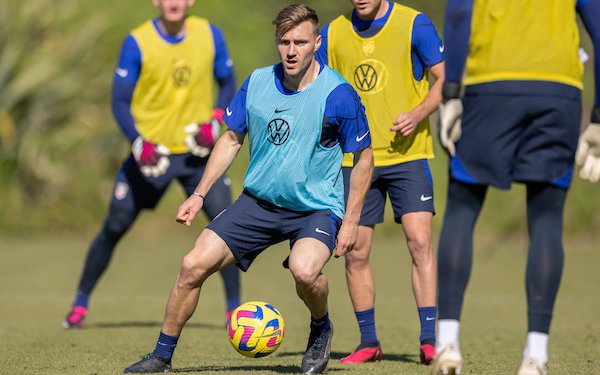 Everyone is aware of Berhalter's circumstances, but that isn't an issue on the training field or in the locker room.

“The principles, of course, always stay the same,” said 19-year-old midfielder Paxten Aaronson, who left the Philadelphia Union in November for Eintracht Frankfurt. “The style stays the same. And I think the vibes and the atmosphere, the energy of the group, has been amazing. It's not even a thing.”

FC Cincinnati forward Brandon Vazquez, in his first U.S. camp, says preparations have been “spot on.”

“Having only a few days in camp before the [Serbia] game, we got straight into the tactical stuff, the job of each position, exactly how they want us to play,” he said. "Training sessions have been great, the intensity's great, and the energy of the group is high.”

Said Aaronson: “It's a difficult task bringing all these guys in and only having three days to prepare us for the first game. I think [Hudson has] done a tremendous job so far, getting everybody on the same page, drilling in the style of playing, drilling in the tactics. He's been superb.”

Varas' team joined the national team in its Dallas camp before departure for Qatar.

“[The U-20s played] against us in the same shape as the teams we were going to play in the World Cup, mainly [opening opponent] Wales,” Hudson said. “We learned so much from that camp. There were things that we found out in that camp that if we hadn't have done it, we would have found out in the first half against Wales.”

The 24-man roster includes 13 uncapped players, 11 of them in their first full national team camp, and was constructed through a “filter” of young players with potential (especially those who could figure at the 2024 Paris Olympics), “dual nationals” (such as Gomez, midfielder Alan Soñora and forwards Alejandro Zendejas and Vazquez) — “There were a few others that we tried to get in, but they're playing for their clubs,” Hudson said — “and guys that had World Cup experience.”

The latter group was vital, more so given the circumstances, and Hudson addressed the camp and the issues surrounding it in phone calls with the five players from the World Cup team before the team gathered, then met with the “leadership group,” including veteran attacker Paul Arriola, a late cut from the Qatar squad, when camp opened last weekend.

“One thing the players have done, they've come in [and] they've been incredible in this camp ...,” Hudson said. “I shared a little bit for my own personal view about the situation. We talked about where the camp would look like. And then I said, 'I'm going to lean on you even more in this camp. I want you to even take more leadership responsibility on and off the field to help the younger guys, help the new guys.' We spoke about what that looks like, and the guys have been great.

“They've been great, responded really, really well, as I'd expect [from] them. I mean, that's why we chose them to come in, because we know the character of these guys. ... They've trained really well. The focus is firmly on the game [with Serbia], for sure.” 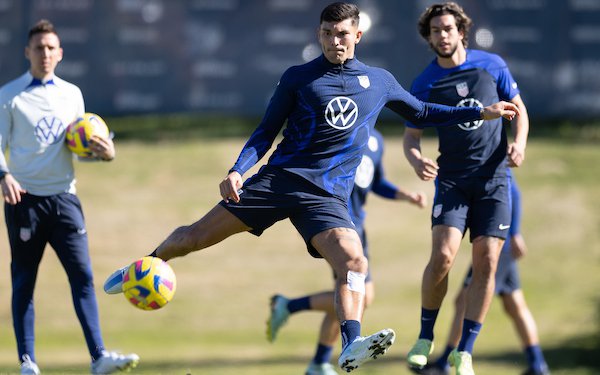 And then Colombia. And then what?

“I have no idea,” Hudson said. “I think we we play these two games, and I'm going to go home and see my dogs and see what comes after that.”

He noted last weekend that “it's really important for me to understand that it's not about me. It's about this group of players that have an opportunity to come in in this window and represent the national team, and potentially there's some players in there that will do well and stay with us and have a chance to compete at the next World Cup.”

That makes the task all the more worthwhile. It doesn't make it any easier.

“On one hand, this is a very prideful moment, and it's an honor to be in this position,” said Hudson, who remains in regular contact with Berhalter. “On the other side, the circumstances in which it comes about ... I'm a very loyal person, and it's difficult for me. It's difficult for the staff. I'm close with Gregg. There's no coaching course or anything, really, to guide you in moments like this. ...

“This is a really difficult situation, and I just fall back on being honest. I have a lot of respect for Gregg, and he gave me this opportunity, so I don't know why my relationship would change. He's still a good man.”