Midfielder Russell Canouse, who captained the USA during qualifying play, suffered an ankle injury in practice and has been replaced on the USA's U-20 World Cup roster by Conor Donovan.

“Today was a very tough decision to make,” said U.S. coach Tab Ramos. “Obviously Russell led our team to qualification in the last four matches in Jamaica, so I think that we lose a player that’s very important on the field, but also off the field. So it’s a big loss for us. 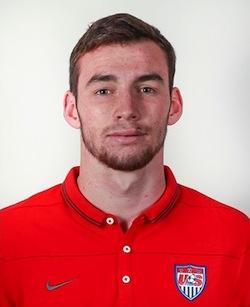 The USA opens its U-20 World Cup campaign May 30 against Myanmar.