The first of the 105 goals Michelle Akers scored for the USA was the first in the history of the U.S. women’s national team program, in a 2-2 tie with Denmark in Italy on Aug. 21, 1985. Akers was the leading scorer at the inaugural Women’s World Cup in 1991, her 10 goals including both U.S. strikes in the 2-1 final win over Norway. By the time she retired in 2000, Akers also helped the USA win the gold medal at the first women’s Olympic tournament, in 1996, and lift the 1999 World Cup title.

The first women’s player to gain worldwide fame -- and a shoe-endorsement contract -- Akers was named FIFA Female Player of the Century in 2000. We caught up with Akers, who fosters abused and unwanted horses and other animals at her farm (Michelle Akers Horse Rescue & Outreach) in Powder Springs, Georgia, to get her views on the current state of American soccer -- and her advice for youth coaches, parents and young players. 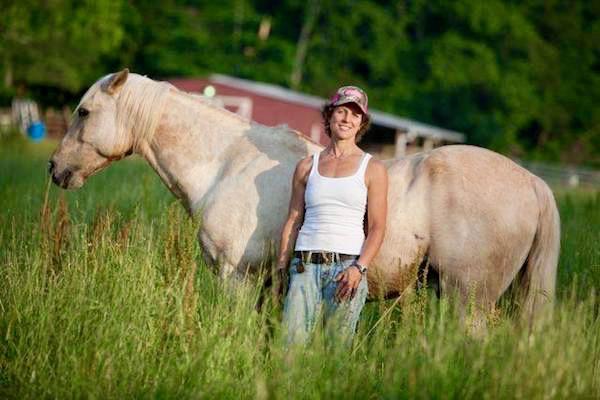 SOCCER AMERICA: What are you up to?

MICHELLE AKERS: I am a full-time single mom – 12-year-old son, Cody -- so that is my primary and most enjoyable daily focus. I am also taking care of my horses and animals, completing the final rebuilding stages of construction for my barn and property (post-flooding in 2009), and working toward expanding the impact for animal welfare organizations through the soccer community.

How involved are you in soccer?

I do a few soccer camps and limited individual/group training at The Farm here, and also am in the initial stages of a special soccer project that will be public in the next year or so.

How do you rate the current U.S. women’s national team? How do you think the talent, for example the 2015 world champs, compares to your 1991 and 1999 World Cup-winning teams or 1996 Olympic champs?

That’s a loaded question, as I’ve been fairly critical of the team (not the players necessarily, but the coaching choices) during the past years.

But to answer your question of how would I rate them … Currently FIFA ranks the U.S. No. 1 in the world and in the last year, the U.S. beat Germany 1-0 (ranked by 2nd FIFA), lost to England (No. 3), France (No. 4), and Australia (No. 6), tied and beat Canada (No. 5), and defeated a bunch of other teams ranked seventh and below according to FIFA rankings.

So, to me, obviously, they are struggling to beat and consistently dominate the top five six teams in the world, which I am sure they are working hard to sort that out prior to the World Cup [in 2019]. 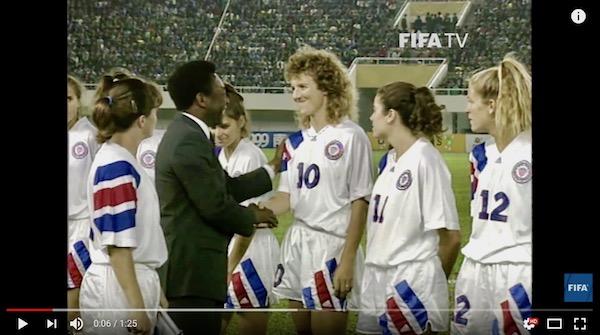 Any rising talent in the women’s game that you find especially promising?

We definitely have the best player pool in the world here in the United States, so it’s exciting to see who rises to the top and how they compete at the highest level.

One obviously is Mallory Pugh, and then there’s Rose Lavelle, and Sam Mewis, who are doing well too. If these players and others can be integrated into the U.S. core effectively and develop the confidence to kick ass against the rest of the world, it will be an exciting World Cup.

What progress in women’s soccer particularly pleases you?

It’s exciting to see the market for the women’s game still on the rise, i.e., league success, endorsements, game attendance, fans, etc. -- as well as the continued progress in salaries, equality issues, etc. It’s come extremely far in a short amount of years – from 1991, for instance, when only two media people showed up to meet us at the airport when we returned a world champs.

It’s also rewarding to see the rest of the world changing and growing in the women’s game as well. Years ago, most of the world did not have women’s national teams and now, most do!

What lack of progress might you be disappointed with?

I continue to be extremely disappointed in U.S. Soccer and the continued smoke and mirrors of their support for the U.S. women’s side. Yes, they say they invest more than anyone in the world, but that is a red herring defense for the truth of their commitment and desire to develop the women’s game equally to the men’s side.

Their priorities haven’t changed since I played for the U.S. and that is a shame and waste of the beautiful game and opportunity to develop soccer in the United States.

The other line of defense U.S. Soccer uses is that the men’s game brings in more profit, so the men get more money. Which is true, however, the women’s game has not received the same resources as the men and yet, they are No. 1 in the world and have developed a large fan base, power in the marketplace, the respect of the media, and continue to evolve and grow.

If U.S. Soccer was smart, it seems they’d invest more to develop the jewel they already possess, while at the same time, continue to bring the men into becoming an internationally competitive force.

The other part is the need for people to stand up for and demand the changes that are needed to bring us to a balanced, competitive soccer nation. I am hoping folks will begin to get sick of the status quo and force big change for the women’s side internally (U.S. Soccer) and from FIFA. 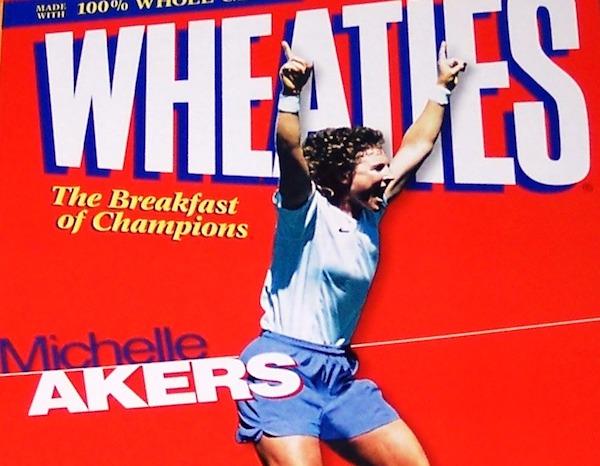 How do you think girls youth soccer in the USA may have improved since you were a girl? What do you think may been better in those days?

Things have improved dramatically in the number of quality coaches, facilities, matches, clubs, and opportunities to play at any given level.

However, the downside is it’s also become big business and that focus can sidetrack the development of players.

Clubs can be exclusive and demand players participate only in their events, their trainings, as well as not allow kids to play high school ball or other sports.

It’s also a year-round schedule and very regimented during practices, etc. I think when I was growing up, the ability to go out and play pick-up games with boys, men’s indoor teams, adult women’s teams (or whoever) was a huge benefit to my development.

The individual free-play time has gotten lost in the current game and it seems to reflect in our lack of creativity, innovativeness, confidence … as players move into more competitive soccer.

Your opinion on girls, particularly in the U.S. Soccer Development Academy, being discouraged from playing high school soccer?

I understand it, but it’s not right to demand across the board that the kid can’t play high school soccer. I did both and my coaches always worked with my goals and schedule. I’d rather see the coaches more interested in developing people vs. players.

What did you think about the U.S. men failing to qualify for the 2018 World Cup?

Horrible. Heartbreaking. I am sad to miss out on the opportunity to cheer on my team in the World Cup. But it was also predictable given the chaos and lack of cohesiveness in the men’s program.

To win and compete at the highest levels, the little things count big, and we lacked some of the big and little things throughout World Cup qualifiers. Losing, though, always provides opportunity to grow and change in positive and powerful ways, so I am hoping that is the case for U.S. Soccer and our men’s program.

Would you like to comment on the upcoming U.S. Soccer presidential election? On Sunil Gulati, for example, and how you might rate his impact on the women’s game?

How much soccer do you watch?

I don’t watch a lot of soccer and never have. I do watch the games that count. Those are the most fun as I like to see who crumbles and who excels under that extreme pressure where either you do it or you don’t. That mentality to me is what the past U.S. women’s national teams had so much of and it is what our U.S. men’s national team needs to call up as they move forward with their game. So World Cups and playoffs are my favorites to watch.

What advice do you have for coaches and parents of young soccer players?

Use your common sense. Demand equality, respect and professionalism from your club and coaches.

Let them play! Structure is good to a point, but kids need to play without restrictions every practice. Free play is fun! And it develops confidence, skill, game understanding, and allows kids to discover themselves. ... It’s gotta be fun or they won’t be able to do the difficult stuff or overcome the challenges along the way.

Let your kids guide you for what they need.

Play against players who are better than you at every chance you get! Even if they crush you, they will make you better.