FOX Sports' Rob Stone on the Russia World Cup, working MLS in the 1990s, his fear of saying no, and drinking a hot dog smoothie

Stone went on to earn all-conference honors at Colgate University as a midfielder before launching his television career 25 years ago. He joined FOX Sports in 2012 as the lead studio host for all of FOX Sports’ soccer, college football and college basketball programming.

We checked in with Stone to get his insights on what to expect from a Russia-hosted World Cup, his views on MLS growth, and how he came to be one of TV's most versatile sportscasters. 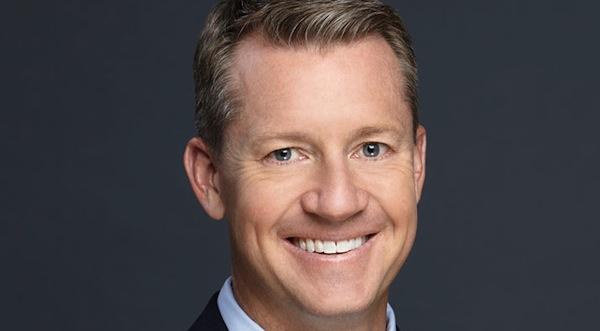 SOCCER AMERICA: You got a taste of Russia during Fox's coverage of last summer's Confederations Cup, which is known as a dress rehearsal for the World Cup. What were your impressions of Russia and do you have any insight into what a Russia-hosted World Cup might be like?

ROB STONE: There are always worries going into major international sporting events that run for extended stretches, but historically, the concerns typically evaporate once the games begin. I expect that trend to continue. It’s unimaginable to me that the powers in Russia will leave anything to chance as far as transportation, security, communication, etc.

Personally, I wish the tournament started tomorrow, and if it did FOX is ready for it. We have been mapping out our strategy and resources for years now, and it’s time to enact our plan. We are fortunate to live in an era where so many legendary-type players are playing in their prime, which makes our job easier.

I think there is a general curiosity about what Russia really is today. We dealt with it in South Africa and to an extent Brazil in 2014, now we get to learn and appreciate the many positives of a country and culture that most only relate to via outdated stereotypes.  Our relationship with National Geographic will help in that respect throughout our coverage.

The time difference is always and understandably a concern. I remember doing studio work from Charlotte, North Carolina for the 2002 South Korea/Japan World Cup. My sense was many of our bosses didn’t fully believe the power this sport held in our country at that point, and that because of the early kickoff times our ratings would suffer … then the videos started pouring in of people getting up early for the games, and the watch parties at bizarre hours, in non-traditional soccer locations in our country.

For me, it was that moment that soccer had arrived here. And this summer we have another chance to prove it and top it. Plus, unlike then, we now have the power of platforms like FOX Sports GO to deliver the product when and where our fans want it.

Anything about Fox's coverage that you think might be particularly impressive for U.S. viewers?

We will over-deliver. I firmly believe that, even with the U.S. out. Our commitment to the sport and the event will be clear, and not just because more games will be presented on broadcast television than the last four World Cups combined. Virtual Reality will be a component, our partnership with National Geographic will be a tremendous resource, our set in Red Square will impress, and we’ve collected a well-rounded and diverse crew to speak to the game.

Once the draw took place, I sensed that the U.S. soccer community was getting ready to love again. Breakups and failures are hard, emotional acts. But the World Cup was never our God-given right to participate in, and in the end the tournament’s allure is too great to resist. Lionel Messi, Cristiano Ronaldo, Neymar are all extraordinary talents that are must-see TV. And you know new stars are ready to take to the stage. They always are. 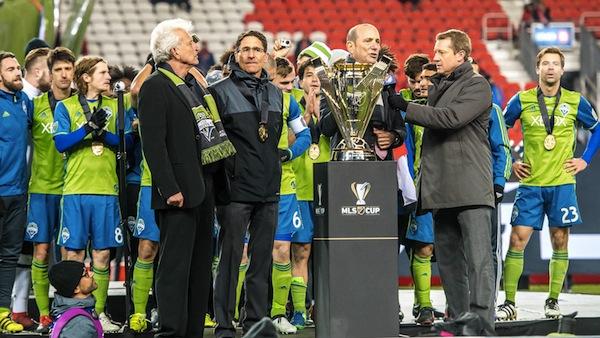 How did you break into to a career in TV? Was it something you aspired to as a kid?

My dad got in my brain early that when it was time to get into the real world, you might as well do something you enjoy. He was also high on goal-setting, so as a teenager I mapped out that I wanted to be “the next Bob Costas.”

That led to seeking out all opportunities that somehow grazed that job/life goal. At Colgate University I did DJ work on the campus radio with one of my best friends. That led to some play-by-play work for basketball and hockey. That led to a college job in Utica, New York, as an engineer (punching in commercials) and Sports Update Announcer for the Utica Devils radio network.

After graduation, I proudly moved back into my bedroom back home, and worked community access television and coached soccer. At a funeral service, a family friend told me he could get me a Production Assistant job interview at ESPN. They hired me on a 6-month temporary basis, and eventually it became full time. That was essentially grad school for sports television. I learned everything there to survive on my own.

Did you have (or still have) role models in the TV broadcasting?

I was an over-the-top fan of David Letterman. He was pretty much my humor and creative compass. I was fortunate enough to learn all the behind the scenes nuances from an incredible cast of people, some who I now work with at FOX. And I was a young buck at ESPN when they were loaded with generous and incredibly talented anchors. Chris Myers, Mike Tirico, Chris Fowler, Chris Berman, Dan Patrick and Bob Ley were all guys I bugged about the business, and they in return gave me rare access to the workings of their world.

You were an all-conference soccer player at Colgate. How would you describe the kind of player you were?

Not a finisher. I was a grinder primarily in the center of the midfield who took great pleasure and pride in setting up my teammates. A skill that helps me out in my current job.

How and why did you take up soccer? What was it about the sport that attracted you?

I was guided to the sport by my folks as a 6-year-old in Chapel Hill, North Carolina, playing at Rainbow Soccer, which the legendary Anson Dorrance helped start. I just took immediately to the constant movement, the feeling of belonging to a team, and I loved orange slices.

You have worked pretty much every sport and activity imaginable, including basketball, football, soccer, darts, track & field and even hot-dog eating and spelling bee. To what do you attribute your versatility?

To my fear of saying no. I will never turn down an opportunity to learn something new, and challenge myself in this business. Plus, I get bored easily, and the constant changing of sports on my work calendar makes me a better person. I have stories from every one of those sports listed (you forgot bowling!) that will never leave me.

What's most enjoyable, and most challenging about hosting pregame, halftime and postgame studio coverage?

The stiffest challenge is to constantly be up on all the relevant personalities, facts, and discussion points. It’s my job to set the table, and make sure the analysts I work with are properly utilized and come away looking smart and professional. The better they do, the stronger I did. But the biggest thing is the people. I absolutely love everyday coming to work at FOX Sports and interacting with the people that I’m fortunate to deal with. And that’s not meant to be some cheesy line, it’s the truth.

Have you ever had an embarrassing moment or blooper on during TV work -- that you don't mind recounting?

My pepper-eating clip in New Mexico is oddly one of those moments that is brought up several times a month to me. It makes me laugh, and I know many out there have taken pleasure in my pain. 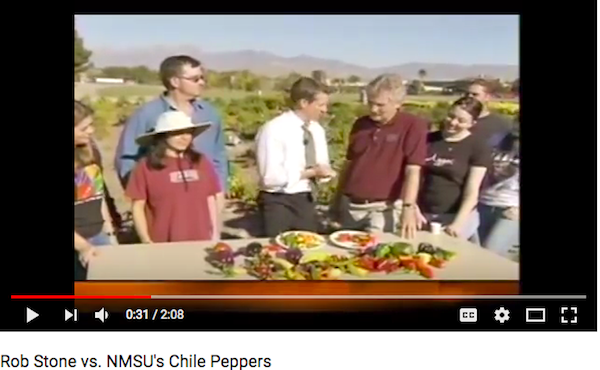 I believe you started working MLS games in 1997, in addition to being part of the crew for 12 MLS Cups. What are the most significant differences between MLS in the early years compared to now?

It’s really challenging to properly put into terms just how much MLS has grown up. To have been with the league when it was flat out considered a niche/oddity entity, and to see where it is now is remarkable.

We dealt with producers and camera operators who had no clue about the game. We were covering matches in July, at the Cotton Bowl, when the temperatures were not conducive to human activity. TV consumption was low. Team gear you would actually wear was nowhere to be found.

I still remember mowing my lawn in Tampa one day in the early 2000s and seeing a guy jog by me in a Kansas City jersey. I just froze, then chased after him. I had never seen anyone wear something MLS-related when not around a game.

Now, the TV numbers are steadily growing, serious financial investment is being put in, and we are irritated when games aren’t in soccer-specific stadiums. And MLS is still an infant compared to where the other leagues around the world are. The league continues to grow at a massive rate, and the future is incredibly promising. 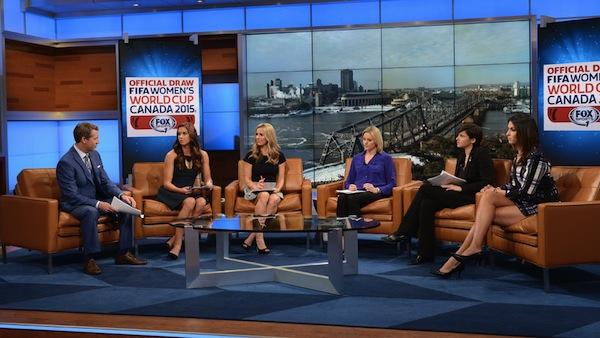 Your Top 5 most memorable events covered …

In no particular order …

• Every World Cup that I have been a part of. From running around France in ’98 and annoying Marseille waiters with questions about their menu, to the high of hosting the Women’s World Cup from our iconic set in Vancouver. Every tournament provides me with a scrapbook of moments and friendships forged over hundreds of hours of work and travel.

• Nathan’s Hot Dog eating contest. I made a hot dog smoothie and drank it on air. It was not good. But the event is off the charts.

• PBA. Hell yeah, I was the voice of the Professional Bowler’s Association. Hambones for everyone!

• The World Series of Darts. I worked with an industry legend in Sid Waddell, and voiced hours of shows while sitting in an off-camera dressing room, as some Englishman in the TV truck screamed winning number combinations into my headset after each dart.

• Anywhere working college football on the road, and the Big East tournament from the floor of Madison Square Garden … and I know I am short-changing this list.