Following just one season of play in the U.S. Soccer Girls Development Academy, which kicked off in September of 2017, three major clubs, New Jersey-based Sky Blue-PDA, the Michigan Hawks and FC Stars of Massachusetts, announced they will not be returning to the DA for the 2018-19 season. All three clubs have been longtime members of the ECNL, the league in which their top teams will play in the 2018-19 season. We asked Jason Dewhurst, the FC Stars’ Director of Coaching, why his club is leaving the DA. Dewhurst is also a member of the ECNL Board of the Directors and since the early 2010s has served as a U.S. Soccer girls youth national team assistant coach and scout. 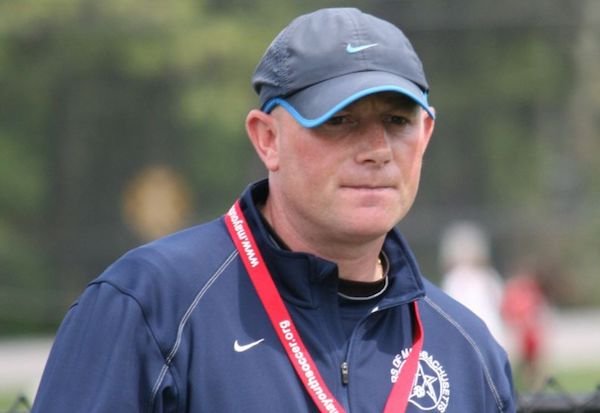 JASON DEWHURST: There are many different reasons. At the end of the day, we felt we had to do what was right for our membership.

I have a great amount of respect for the U.S. Soccer Federation and the people involved with the Development Academy. This decision was more based about us than anything in the Federation. But there are certain restrictions that we thought were not best in line with our philosophy. … It could change, one day, with the Federation … I don’t know.

SA: What was the main reason?

JASON DEWHURST: The first one, for sure, was the substitution rule, specifically at U-14, U-15.

But if you’re playing in a one-game weekend, which a lot of the time it is, some kids see 15-20 minutes of action, and that’s the only game time that they get in a week. For me that’s just not player development. Kids need to play.

For us, that was a huge point of contention for our families and the players, too.

[Editor's note: The 2017-18 DA sub rules at U-15 is a maximum of five subs, no reentry. And at U-14, maximum seven subs and no reentry. The ECNL allows seven substitutions in each half; no reentry in the same half but players subbed out in the first half may return in the second half.]

SA: So players get less game time, and the DA’s prohibition on competition outside of the DA means kids can’t catch real-game playing time otherwise …

JASON DEWHURST: For us, with the no-entry it became tough, especially with the one-game weekends. Kids just weren’t seeing as much playing time. On the other side of that, the no outside competition. That really kind of went away from our philosophy.

If a kid was only seeing 15 to 20 minutes on a Saturday in a DA game, then we would like to say to that kid, “Guess what, you're going to play a full game tomorrow with our NPL team.”

But because of the rule of the no outside competition, we weren’t able to do that.

So that was one of the big things for us and we didn’t see that changing. That was something we constantly heard about from our members, parents.

SA: What was another important issue?

JASON DEWHURST: The second one I would say is the double age group, specifically next year at the 2002, 2003 age group. For example, we have a current U-15 team, 2003s, and these players have given up high school soccer, they’ve committed to the DA, they’ve committed to our program. And then within a year, more than likely, more than half those kids will probably be cut from the program, because it goes to a double age group -- to 02/03 [in 2018-19, U-16/17].

For us, we thought that was unacceptable for those players. To come in and give up high school soccer is a huge deal in our area. That caused a lot of anxiety from the parents as the season is coming to an end. What are we going to do next year?

That was something we brought up whenever we spoke to the Federation. We said we would like to see the single age group, and obviously that hasn’t happened.

SA: Kids having to sacrifice playing high school soccer to commit to the DA ... was that one of the main issues?

[Editor’s note: According to the DA regulations: “Players who receive consideration or financial aid to attend a private high school based on their participation with the soccer team are eligible” for waivers to allow them “to remain on their clubs Academy roster during the high school soccer season.”]

For us, we made that decision from Day 1. We stood by it. But the reality is that prohibited a lot of our top players from playing in the DA. And that would have continued. Other clubs have done waivers.

SA: These issues -- the sub rules, ban on outside competition and high school play -- are ones the Federation doesn’t plan on altering?

SA: When U.S. Soccer launched the DA, there were some who predicted that top clubs and players would eventually migrate to the DA. How do you things will look five years from now?

JASON DEWHURST: I really don’t know. At the end of the day, we looked at it from our club’s standpoint. We did it because throughout the year the feedback we got from our families and that’s how we made the decision, because we thought it was the best for our club [to leave the DA].

Other clubs, the DA works for them, in different markets. I’m not going to say one’s better than the other.

SA: When I interviewed Anson Dorrance in February, he suggested U.S. Soccer “marry together” the Girls DA and the ECNL. Can you imagine a future in which the DA and the ECNL work together?

JASON DEWHURST: I don’t think I can even comment on that because I don’t know. People have said it would be great if they could work together. Right now, they’re two separate entities.