Grant Wahl on what makes soccer special, his new book, and social media's pros and cons

Longtime Sports Illustrated soccer reporter Grant Wahl, who penned "The Beckham Experiment" in 2010, features stars including Christian Pulisic, Javier “Chicharito” Hernandez and Manuel Neuer  in his new book, "Masters of Modern Soccer: How the World's Best Play the Twenty-First-Century Game." Wahl, who became enchanted with soccer while growing up in Kansas City, joined Sports Illustrated in 1996, was promoted to senior writer in 2000, and in 2009 became SI's full-time soccer writer. He does a twice weekly Planet Fútbol podcast and segments for Fox Sports TV, for which he will provide studio commentary during the World Cup 2018. 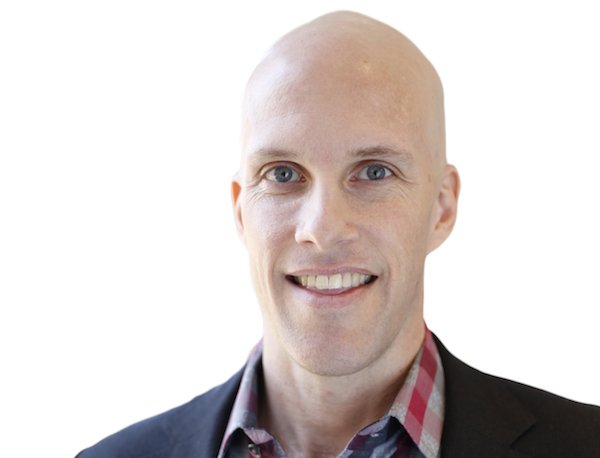 SOCCER AMERICA: What inspired you to write "Masters of Modern Soccer"?

GRANT WAHL: The inspiration for the book came from reading George Will’s classic baseball book “Men At Work: The Craft of Baseball.” Will divided baseball into four component parts and picked one person to represent each who was both extremely accomplished and intelligent at explaining what they did in their job: A manager (Tony LaRussa), a hitter (Tony Gwynn), a pitcher (Orel Hershiser) and a fielder (Cal Ripken Jr.).

The idea is to give readers a holistic view of the sport, and you could do it for any sport, so I did for soccer. Even though I have covered soccer for 22 years at Sports Illustrated, I never played the game at a high level. I wanted to write a book that was less about storytelling and more about the finer points of how the best practitioners of the sport approach the modern game.

SA: What audience did you have in mind as you wrote it?

GRANT WAHL: As I do with my magazine stories at Sports Illustrated, my goal was to write a book that would appeal to hardcore soccer fans and general sports fans who may just watch soccer during the World Cup, as well as coaches and kids who are playing the game and want to learn more about it.

I think it’s possible to find the right balance that appeals to all those groups. I didn’t want to write a dry textbook, but I did want to spend significant amounts of time with each interviewee doing things they don’t always do with journalists. For example, I watched extensive video with each figure and asked them questions about what they were thinking in each moment on the field. Each person in the book is extremely smart about the game, and they said things that fascinated me. I just wanted to make sure I got all those things on the written page. 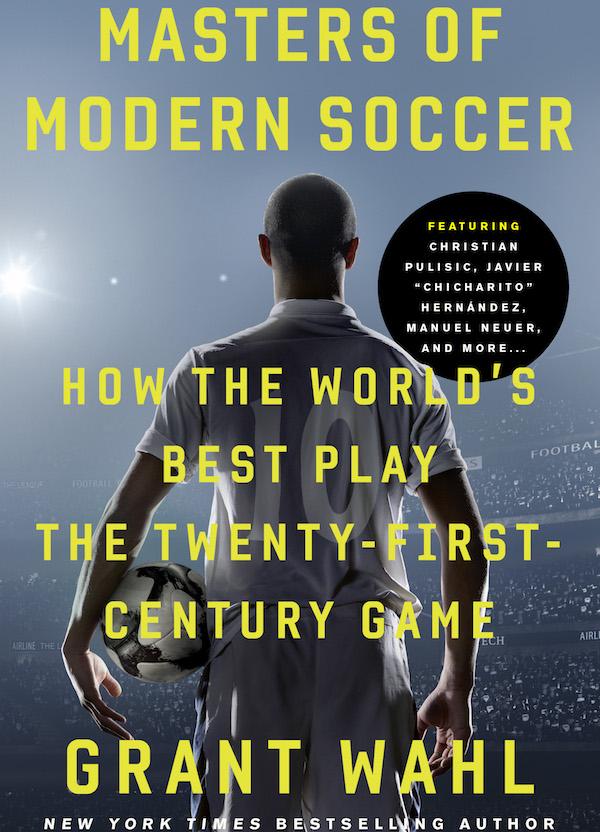 SA: What was your introduction to soccer? Was it a part of your childhood?

GRANT WAHL: I grew up playing youth soccer on the suburban Kansas side of Kansas City -- and reading Soccer America regularly at my local library. It opened up a whole new world to me. It was the mid-1980s, and I was a big fan of the Kansas City Comets MISL team. I watched all of World Cup 1990 as a high school student, which really drew me to consuming the outdoor game on television for the first time. It was really hard to see much pro outdoor soccer on TV at the time, so I craved any opportunity I could get.

SA: Anything special about the game of soccer that drew you to it as a journalist?

GRANT WAHL: When I started college at Princeton in the fall of 1992, I joined the school newspaper and covered the men’s soccer team, which was coached by a guy named Bob Bradley. His team made the NCAA final four in 1993, and it was an inspiring underdog run that I covered start to finish.

Bradley treated me with respect, even though I wasn’t a professional journalist. He also helped me make connections in Argentina for a summer scholarship project in 1994 in which I spent three weeks in Buenos Aires and three weeks in Boston (during the USA World Cup) doing magazine-style reporting comparing the cultures of soccer and baseball in those cities.

I loved the sport of soccer, but I was also drawn by the global cultural aspects. I spoke Spanish well and ended up returning to Buenos Aires for three months in 1995 to do my university thesis on politics and soccer in Argentina. I covered the 1996 Olympic soccer tournament as an intern at the Miami Herald, and by the time I got to Sports Illustrated later that year I was viewed as “a soccer guy.”

If Grant Wahl could make a soccer rule change ...

For offside calls, I would require that there be daylight between the attacking player and the defender. Scoring goals is the hardest thing in the sport. We should give more advantages to the attackers than we do currently. 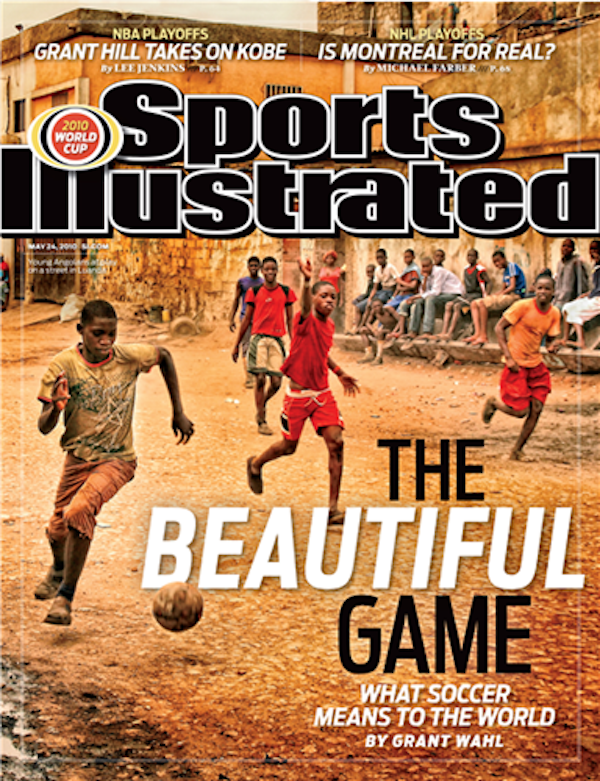 SA: Can you make any generalizations about how soccer players may differ from athletes of other sports you've covered?

GRANT WAHL: I covered college basketball for 13 years at Sports Illustrated and did soccer on the side before I finally went full-time soccer in 2009 -- so I had a basis for comparing soccer players to basketball players, as well as American soccer players (men and women) to soccer players from other countries.

Writing about foreign soccer stars has also been illuminating. The best Sports Illustrated stories involve the impact of culture and society, and soccer is so global and huge that it produces some remarkable human stories. As one example, I remember traveling to Angola for the Africa Cup of Nations in 2010 to write a feature story on Didier Drogba and the impact of his Ivory Coast team on the divisions inside his country. I don’t recall writing too many basketball stories like that.

SA: How different is being a soccer journalist now than in your early years?

GRANT WAHL: I’m lucky to have loved my job for my entire career, but the media landscape has changed a lot over two decades. When I covered my first World Cup for SI in 1998, it was all about the weekly magazine and I didn’t write a single story during the tournament for our website (which barely existed at the time).

The job is different today due to the sheer number of platforms and greater demands. I write stories for Sports Illustrated’s magazine and website. I do magazine-style video stories for SI Video (including spending a week recently traveling around Iceland). I co-host the weekly 30-minute Planet Fútbol video show for SI TV, our streaming channel, and do two episodes each week for the Planet Fútbol podcast. I do regular insider segments for Fox Sports TV (the written versions appear on SI.com), and I do studio coverage for Fox during major summer tournaments like World Cup 2018.

I also find time to write books. Being a soccer journalist in the U.S. is different now because the sport has grown so much compared to 20 years ago. That’s great news, of course. The domestic game is bigger, and the top figures of European soccer -- players, coaches, clubs -- want to be bigger in the U.S., so they’re often willing to provide access to top U.S. outlets that they don’t always give to their own media. That makes it possible to do really cool journalism. My biggest challenge these days is to manage my time well and make sure that I’m still able to produce ambitious stories that people will remember while maintaining high quality on the news-oriented week-to-week work I’m doing. 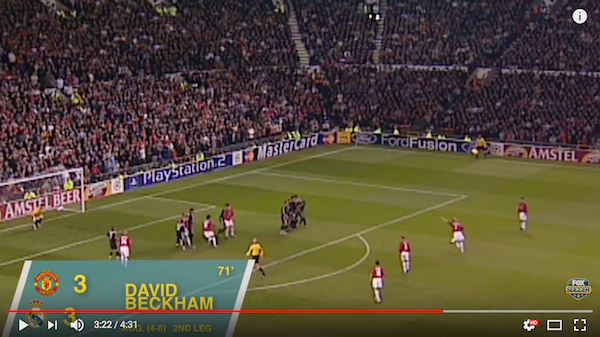 SA: What's your view on the effect of social media on soccer journalism? Pros and cons?

GRANT WAHL: On the whole, social media has been a huge positive for soccer journalism. I start each day checking Twitter, which makes the huge world of soccer seem more manageable when you’re trying to get a sense of the big stories in different countries in real time.

Social media has also allowed me to be much more connected to top soccer journalists outside the United States -- and to learn information efficiently while getting my own work out there.

Athletes and coaches are also on social media, and that does mean they have a direct way to release information and show their personality that doesn’t require going through someone in the media. It’s important for people in the media to accept that.

The negativity and abuse on Twitter is a real drawback, and I can’t imagine what that would be like if you were an athlete or a coach. But in the big picture, social media has been a good thing. 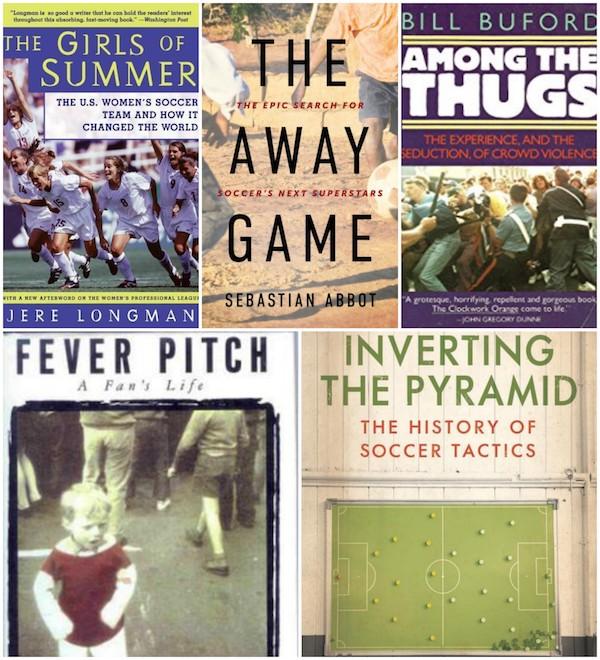 1. The Damned United
2. Victory
3. Zidane: A 21st Century Portrait
4. Bend It Like Beckham
5. The Game of Their Lives

SA: Ever interview a soccer star and be surprised at what they were like in person?

GRANT WAHL: It’s funny. I do so much preparation for interviews that it’s pretty rare for me to be surprised by an interviewee in person. The good thing about doing this job for 22 years is that you build relationships with people, and if you treat them with respect and fairness those relationships grow over the years.

My sense is that working for Sports Illustrated and Fox Sports may help get you in the door, but relationships are inevitably determined by how you do your job and how you treat people. The wildcards can be interviews for the first time with stars from outside the United States.

I always get my adrenalin going when I’m sitting down for the first time with Lionel Messi, Mohamed Salah, José Mourinho or Mario Balotelli. You’ve never met them before, and you have just 30 or 40 minutes to do a real interview, sometimes in a language that isn’t English (as I did with Messi).

The surprises are almost always good ones. We had a brief microphone malfunction during the Messi interview, and so he started asking me about soccer in my hometown (Kansas City). Salah got to talking about his relationship with his father, which I had never read about before. Balotelli was revealing while talking about issues of race in Italy. You never know where interviews are going to go, and I love being in that moment.