USL Division III,  United Soccer League's new league, has applied for Division III sanctioning with the U.S. Soccer with 10 teams in its application.

Just six of the 10 teams have been announced to date:

Steven Short, USL's senior vice president of USL Division III, said the other four teams would be announced over the next month with at least one independent team in the Southeast and other MLS second teams like Toronto FC II. 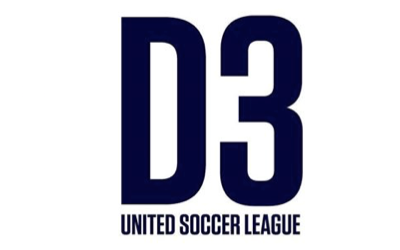 -- The lead owner for each team must have a net worth (excluding the value of the team itself and his or her home) of at least $10 million;
-- Each team's stadium must have a capacity of at least 1,000 -- USL Division III is requiring a 3,500 minimum -- and meet federation requirements related to field size, locker rooms for teams and referees and lighting; and
-- A minimum of eight teams.

There is no requirement for a minimum population -- the USL is looking at markets without pro soccer and a population of 150,000 to 1 million -- or geographic distribution to the clubs (no time-zone minimums)

While the goal is to regionalize the schedule to keep down travel costs, the distribution of the six initial teams -- teams in Arizona, Wisconsin and Ontario, in addition to the Southeast -- makes that a challenge.

'Three pillars.' Following the announcement of the league in April 2017, Short and other USL executives crisscrossed the country, spending a lot of time in the Southeast and Midwest in particular, to meet with amateur teams eyeing a move to the professional level, supporters' groups and civic leaders in dozens of markets.

"We focus on three pillars when we go into an expansion market," said Short. "Obviously, strong ownership is at the top. We will also evaluate the market based on its corporate support, fan support, the soccer community to ensure there's the support for the game. The other element we look at is facilities, whether it is in existence or something that needs to be built to meet U.S. Soccer standards and USL standards." 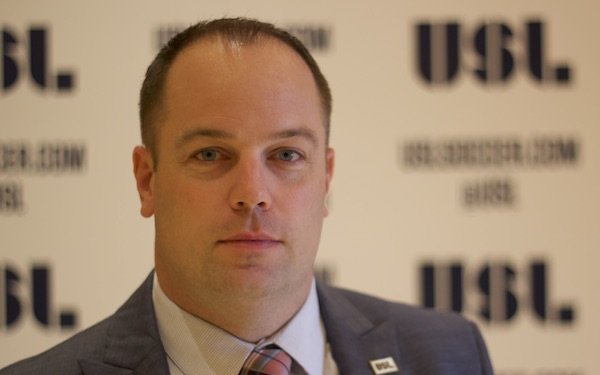 Chattanooga showdown. The USL Division III's launch comes as other leagues look to get off the ground in 2019 and other teams seek to go pro with leagues other than the USL.

The USL's move into Chattanooga -- home of the NPSL's Chattanooga FC, which has averaged more than 3,000 fans and had a long history of involvement in the community -- attracted national attention as it received push-back for Chattanooga FC supporters and supporters of rival NPSL clubs who view the move as an attempt to kill off one of the strongest non-aligned clubs. Chattanooga FC's chairman, Tim Kelly, tweeted that the USL's move into his market is the "Waterloo of American soccer."

U.S. Soccer sanctioning will require that USL Division III submit the terms of a lease agreement for the Chattanooga team, the specifics of which Short would not comment on. (Who will control the lease at Finley Stadium has been a matter of great conjecture.)

Division III competition. An independent league -- NISA -- is also expected to submit an application for Division III sanctioning by U.S. Soccer's Wednesday deadline, though Short said he was not concerned about another Division III league. (There is nothing that prevents more than one league from receiving sanctioning in any division.)

"Our focus is," Short said, "making sure our owners and our teams are prepared in their markets to launch professional soccer in 2019."

He did not believe NISA would siphon off ownership groups or markets USL Division III was targeting.

"I cannot even fathom that it has happened," he said. "We have a strong group that is dedicated to the USL."

'Methodical way for the league see growth.' The 10 teams in the initial Division III application are certainly less than were expected, given the publicity for USL Division III's market search. In that regard, it is a victim of heightened expectations following the success the USL has had attracting teams for its Division II league. Seven new teams alone will join the 33-team USL in 2019.

But it underscores the challenges teams face in deciding to make the jump from amateur to professional status -- and taking on salaries for players and coaching staff and expanded front office -- and the critical mass that is required for teams to go pro with other like-minded teams, preferably regional rivals.

Short said the goal is to develop regional pockets of teams as USL Division III pursues a national footprint and grows into a league with 30-40 teams, on a par with the USL.

"This has been a process that's been three years in the making," he said. "It wasn't a rash decision. It's a methodical way for the league to see growth in professional soccer for fans and provide continued growth for professional soccer."