Coach Raphael Wicky  has named a 20-player roster for the 2019 Concacaf U-17 Championship (May 1-16 in Bradenton, Florida) that serves as qualifying for the 2019 U-17 World Cup (Sept 17-Oct 8) in Brazil. With six players who have signed MLS Homegrown contracts, including three who have already made MLS debuts, and several players who have already seen USL action, the roster is most experienced in U.S. U-17 history. Half the squad seen action at the pro level in 2019. 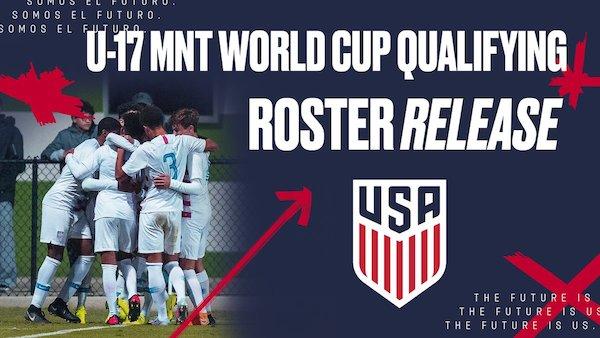 • Giovanni Reyna, a longtime U.S. youth national team star, whose father, U.S. Hall of Famer Claudio Reyna, played at 1989 U-17 World Cup, trains at Borussia Dortmund but is not registered with the club.

• Atlanta United's George Bello, who made his MLS debut last season, is unavailable because of injury.

"I'm very excited about the team we've put together for this World Cup qualifying tournament," said Wicky, who was named U-17 head coach in March. "There's a lot of very good quality in this group. We brought together a strong roster for the mini-camp earlier this month, and now we've added a few more pieces with a lot of good characteristics. The players have brought a great mentality and we're excited and ready for a number of interesting games ahead."

Concacaf qualifying ...
The USA will face Canada (May 2), Barbados (May 4) and Guatemala (May 6) in Group F at IMG Academy in Bradenton, Florida. The top three teams will move into the round of 16. A team will need to win two knockout games to qualify for the 2019 Under-17 World Cup, which has been moved from Peru to Brazil. The Group F winner will face Guadeloupe, one of four teams that advanced from qualifying groups. The USA's group stage games will be broadcast on Univision Deportes Network and the Concacaf GO app.