A soccer team is aiming to make a splash in Oakland, California, whose Golden State Warriors will leave next season for San Francisco and Raiders are scheduled to depart for Las Vegas in 2020. The Oakland Roots will debut in August in the NPSL Founders Cup. They’ll be coached by Paul Bravo – who’s not exaggerating when he says he's eager to give back to the Bay Area soccer community upon his homecoming after two decades away. 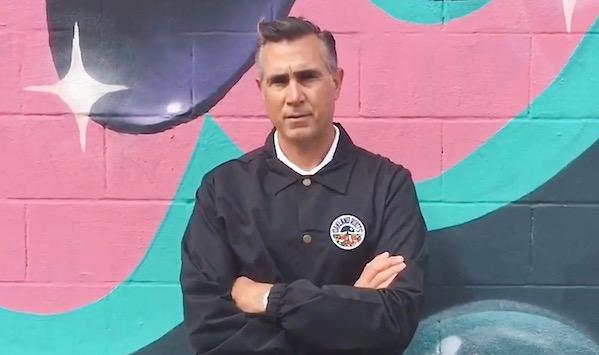 Bravo is also the Academy Director of the girls California Thorns and boys De Anza Force on the peninsula side of the Bay Area.

The 50-year-old Bravo spent the first 29 years of his life in the Bay Area. In the same South Bay city where he started playing youth soccer – coached by his dad – he started for San Jose against D.C. United in the inaugural MLS game in 1996.

Eric Wynalda famously scored the league’s first goal in San Jose’s 1-0 win. Bravo would be the team’s leading scorer that season. But for the 1997 season, he was traded to Colorado, where he’s spent most of his time – aside from LA Galaxy and UCLA assistant coaching stints – before his Bay Area return.

As a player, he started in the Glenn Myernick-coached Colorado Rapids’ 1997 MLS Cup runner-up finish. While he was Colorado’s Technical Director, the Rapids won MLS Cup 2010. Near the end of his tenure in Colorado, Bravo took U.S. Soccer’s Academy Director course and coached the Rapids’ U-12 team.

“I put myself in Academy Directors’ course because that was ultimately where I wanted to move off into,” says Bravo. "The game is much more pure at the youth level."

At De Anza and the Thorns, Bravo reunited with club directors Jeff Baicher and Eric Yamamoto, his teammates on the Steve Sampson-coached Santa Clara Broncos who shared the 1989 NCAA Division I title with the Bruce Arena-coached Virginia Cavaliers. Yamamoto is also the Oakland Roots Technical Consultant.

“After sitting down with Steven Aldrich [club chair], President Benno Nagel and Eric, I knew this was the perfect opportunity for me to do something special,” says Bravo. “I really enjoyed the vision for the club. I liked the idea that they were building something from the ground up. Being part of that is really appealing to me.”

“We’re starting from scratch, setting a philosophy and a style of play that people can get energized about,” says Bravo. “We’re going to play in downtown Oakland. Oakland is a huge sports town. Always has been. A lot of my favorite sports teams come from that area. The idea for us is to put out a product that is enjoyable for people to come out and watch."

After the Blackhawks folded, he helped the San Francisco Greek-Americans win the 1994 U.S. Open Cup under Coach Lothar Osiander, who also served as U.S. national team and Olympic coach. 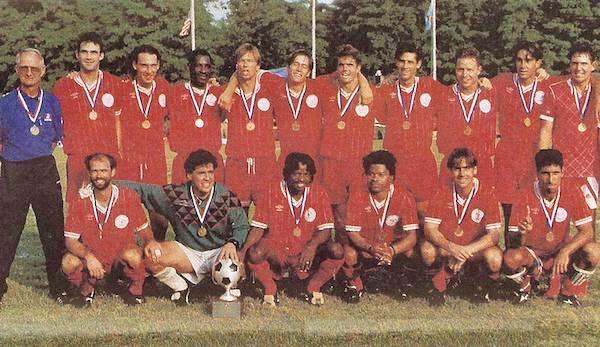 “There were a lot of talented players and teams here in this Bay Area corridor in those years before MLS,” Bravo says. “The Bay Area had three straight U.S. Open Cup championship teams.”

Bravo believes in this day and age, they’ll be more talented Bay Area players than ever available to the Oakland Roots. It has already signed 25-year-old Benji Joya, who played youth ball at De Anza before playing for the USA at the 2013 U-20 World Cup and stints with the Chicago Fire and in Liga MX.

“When we’re discussing who’s out there and the types of players who we might be able to attract -- it’s a pretty impressive given where we are in the professional soccer landscape,” Bravo says. “There are a lot of great players in the Bay Area.”

Bravo isn’t daunted by the busy schedule that awaits – and may have the timing right to avoid the worst of the bridge traffic.

“In the morning into early afternoon I’ll be with the Roots,” he says, “and our training sessions with De Anza and the Thorns are in the evening. Between the two, it’s a full day.”

In his Force/Thorns role, he oversees 10 boys and girls Development Academy teams. He started prepping for that when he left Colorado in 2017:

“I spent some time following Albert Puig around, their previous Technical Director, who’s now assistant coach at New York City FC. Albert put this fantastic program in place and my job was to come in and learn from him prior to him leaving last summer.”

“He established a culture within the academy," Bravo says. “A philosophy for us on everything from the soccer to coaching to player development. In particular,  the style, and how we went about taking training methodology that he had set up to come up with the style.

“All of our teams play in the same way. I think that's not that common across the country when you look at DA clubs, with maybe the exception of the pro clubs, where every team plays in the same ways. Where you can talk about your style and you can actually go out and you see it on the field.”

“It’s a Barcelona style but it’s more of an evolution. I wouldn’t say it’s all Barcelona. When you look around the world there’s a difference between Barcelona and Liverpool. Both are attractive. We’re trying to take a few elements from other styles and trying to implement that.

“The kids love it. The style of soccer is very important to our kids and our parents. It draws a lot of interest, makes players to want join our club, even though we’re in the Earthquakes' backyard. Even between us and them, stylistically there’s a difference and I think players and parents alike enjoy it.”

In addition to overseeing the academy teams, Bravo also coaches De Anza’s U-17 boys squad, which is this season’s only undefeated team 24 games into the Development Academy season.

“It’s been fun,” he says. “I really enjoy working with the kids.”

Bravo is also confident that Oakland will enjoy what the Roots will offer.

“I think people are going to be surprised about the level.”