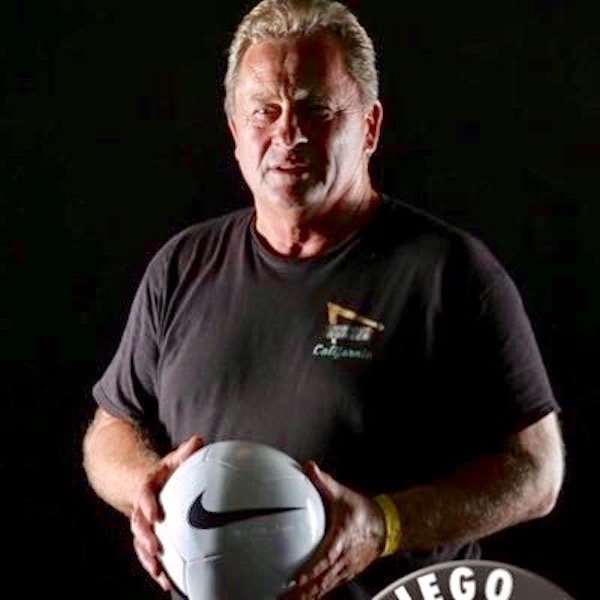 The change came swiftly. U.S. Soccer managed to lure enough of the nation’s top youth clubs by July of 2007 for inaugural Development Academy season that would kick off August of that year. Some major clubs -- including traditional Texas powerhouses -- balked on becoming part of the new national league. They would join later.

The first 11 clubs that signed on in June of 2007 were amateur clubs. In the second wave, the field grew to 31, including three MLS clubs -- New York Red Bulls, D.C. United and Chicago Fire. When the season kicked off with 62 clubs, seven of MLS’s 13 clubs fielded DA teams -- the Columbus Crew, Chivas USA, L.A. Galaxy and Colorado Rapids having come aboard.

The key to launching a national youth league was convincing amateur clubs to buy in. One of those was Crossfire Premier of the Seattle area. Its director, Bernie James, had gotten a call from John Hackworth, the U.S. boys U-17 national team coach charged with recruiting clubs for the new venture. James answered Hackworth’s invitation with, “Absolutely.” Even though DA participation would be severely inconvenient geographically for his Northwest club.

This was before Portland, Vancouver and Seattle had MLS clubs and joined the DA. Washington Premier (no longer a part of the DA) was the only other club Crossfire could play without getting on an airplane.

Two weeks ago, U.S. Soccer restructured the DA’s oldest age group league, U-18/19s, and Crossfire was demoted to the lower Blue Division. None of the MLS clubs were placed into the lower tier. Amid all the controversy surrounding the new format, Crossfire drew the most attention. Crossfire in the last two seasons finished first in a division that included MLS clubs Seattle Sounders, Portland Timbers, Vancouver Whitecaps and San Jose Earthquakes -- and two other teams that were placed in the Red Division: De Anza Force and Sacramento Republic. Crossfire also reached the quarterfinals in the last three seasons in the competition among nearly 80 clubs.

SOCCER AMERICA: Has anyone from U.S. Soccer explained to you why Crossfire Premier was placed in the lower, Blue Division?

BERNIE JAMES: No one from the Federation called or talked to us before it happened. Then I called Jared Micklos [Development Academy Director] myself, and he did answer the phone. And the bottom line was: They understand that we don't understand why. That kind of thing. It is what it is. We have our reasons and they won't always make sense to you.

That's what you expect, right? They're not going to tell you their reasons if they don't make sense to anyone.

Jared was nice on the phone to me. I think he understands our situation. … I don't know whose hands are tied. You just never know who you're dealing with or if they're allowed to tell you the truth. Jared was nice. He's always been a good guy. He seems to be honest and care about the right things. But he didn't have any solid answers.

SA: The day after you spoke to Micklos – and within a week after the split divisions were announced, it became known that Micklos is leaving U.S. Soccer. Who do you think at U.S. Soccer makes the decisions on how the DA is run?

BERNIE JAMES: I can just tell you, in my opinion, shit runs downhill. Anything that happens at Crossfire is my fault and my decision. I either hired the people who made a bad decision, or I told them to make that decision. Either way, it comes down to me. So, whoever is the highest-ranking person had to have OKed this or hired the people who did it.

SA: If U.S. Soccer included, while introducing the split division format, a guarantee that after each season a minimum number of Blue (lower) division clubs would be promoted to the Red (higher) division, would that have changed your reaction about Crossfire Premier getting demoted?

No one from the Federation had the foresight to say, from now on we will have promotion and relegation. If MLS clubs will not be relegated even if they're terrible – that’s anti-competition.

SA: What if U.S. Soccer said MLS clubs were relegation-proof but non-MLS clubs could be promoted?

BERNIE JAMES: If they told me MLS is running it: “We're doing whatever they want, you're out.” Then I'd go, OK. I’d disagree with it, but don't hide behind “meaningful competition” -- because if that was the case, we’d be in the top tier.

Now I'm being a bit of a smart ass, but with 19 wins, 5 losses, 7 ties against MLS teams in the last two years [at U-18/19], maybe we should move up a division. They moved us down a division when we should be moving up to a division that doesn't exist. 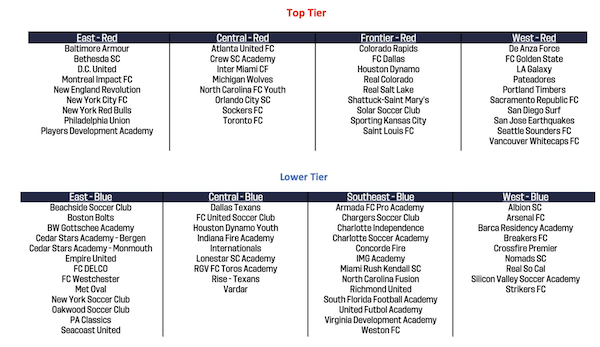 SA: U.S. Soccer’s vague description of criteria for evaluating clubs for tiering – besides offering no clear pathway to promotion – has been the main complaint I’ve heard from club directors. How could U.S. Soccer have been more specific?

BERNIE JAMES: If they said you had to have a certain winning percentage in last three years, that's no problem. If they told me you have to make it free to be in the top division, no problem. But when there's nothing clear-cut about it, it leaves you wondering.

SA: The speculation from other club directors I spoke to included that U.S. Soccer was punishing Crossfire because your club has been seeking solidarity payments, per FIFA regulations, for DeAndre Yedlin.

It can’t be based on geography, because we had four teams in the Northwest -- and you play two games on a weekend and you need travel partners, so four is the ideal number. Now they have three, and we have one in another league.

It leaves you with only a few other options. It's personal or it's payback for something you've done.

To be clear, our pursuit of solidarity payments was based on FIFA regulations, and U.S. Soccer and we are FIFA members. At Crossfire we've always done what we think is right. We put all the profits from everything we do, from tournaments to advertising, back into the kids. We don't gouge people. And we're trying to do it the right way, which U.S. Soccer keeps preaching about. Get rid of pay to play and all that. And we're actually doing that, even though we're not owned by billionaires.

SA: Other speculation from directors I spoke to about the tiering alleged favoritism toward MLS clubs. That Crossfire’s demotion would help the Seattle Sounders attract top players from the Seattle area and the Concorde Fire's demotion would benefit Atlanta United.

BERNIE JAMES: As for Concorde Fire, how can you be in the final of the U-17s with all the MLS clubs involved, lose on penalty kicks, and be denied of playing at U-19s at the highest level? That’s not "tiering." They deserve to be in 19s.

SA: The discontent conveyed to me from non-MLS club directors about the U-18/19 split division format wasn’t just about their teams getting demoted. They complained that they felt they had no influence on decision-making nor a manner to convey feedback that they believed would be respected. I was also told it hadn’t always been that way.

BERNIE JAMES: I think it was way better in the past. I think we felt like part of community and part of the league. They were actually quite nice to us. When John Hackworth was involved, and Tony Lepore was more involved, we used to go to meetings and feel like part of it. They'd tell us, "You're part of the national teams. You're our scouts. Let us know if you see players. Go to the Technical Advisors, you can call them up."

SA: One of the recent changes in the DA was eliminating the 12 regional Technical Advisors -- who scouted players but also served as U.S. Soccer’s liaisons to the clubs -- and instead having three Talent ID Managers who each cover a third of the nation. Did that change affect the clubs’ relationship to U.S. Soccer’s leadership?

BERNIE JAMES: We used to have Hugo Perez in our area [as a Technical Advisor]. He'd come up and visit two or three times a year, and we had a direction. Whether or not I agreed with everything he did or what U.S. Soccer did back then, it was great communication. We had scouts at every game, and we felt like it was really a top league, and now, even last year, for U-19s, I thought we had scouts at a third of the games.

SA: A common view of U.S. Soccer’s impetus for the division split is to appease MLS clubs who threatened to leave the DA – without considering the concerns of the amateur clubs. I’m assuming you agree?

BERNIE JAMES: It looks like we've all become slaves to MLS, and we get threatened if we don't send our players to MLS. And the scouts in the DA, they're supposed to be working for the DA and all our clubs, they tell the kids to go to MLS teams to have a better chance to make the national team.

I'm not anti-MLS at all. I'm for opportunities for the kids, whether it's college, MLS, Europe -- it doesn't matter to me. I'm trying to help kids reach their goals. But it seems now that clearly MLS has the power, so why wouldn't MLS run the league? Even if I didn’t agree with that, at least U.S. Soccer could be honest about it.

Crossfire has put in millions of dollars into the boys and girls DA and that's the kind of reward we get? To not even get a solid answer, but a bunch of jargon that means nothing. “We can't really tell you why, but you're not in.” Who thinks treating your membership like that at any level is a good idea?