Tom Byer: 'This is an opportunity to focus on individual technical skill development'

As children across the USA have been restricted from playing soccer with their teams because of the coronavirus pandemic, we checked in again with Tom Byer, a longtime advocate of children playing with the ball on their own to develop and sharpen skills. 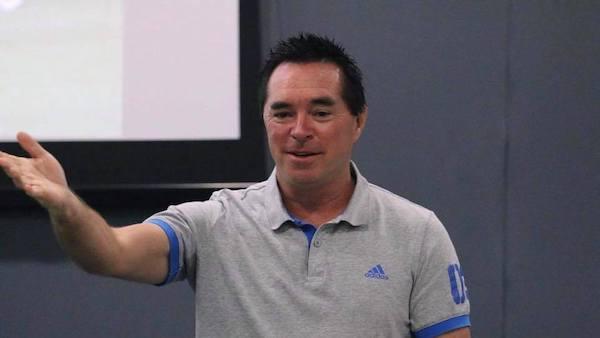 The New Yorker, who has spent 25 years running youth soccer programs in Japan, has advised federations, leagues and clubs, including the Houston Dynamo and Dash, around the world on encouraging a “Soccer Starts at Home" approach.


SOCCER AMERICA: How are things in Japan? Have they canceled youth soccer events?

TOM BYER: Here in Japan the school calendar is different that it is in the USA. Kids go to school from April to March divided into three semesters. Japan was just finishing up the third and last semester when the government recommended closing the schools for two weeks until March 14. They’ve recently extended the break until the beginning of April so all kids are home from school. The professional J-League has been suspended after the first week of competition but they are still training with the idea the league will resume the first week of April. The youth camps have suspended operations. All other youth activities have been canceled as well.

SA: In the USA there are a lot of children who won't be having soccer games nor even practices. Do you have any general advice for how kids can still enjoy soccer, and work on skills?

TOM BYER: First of all, I have two sons, 11 and 14 years old, who are in the same situation. Their training has been suspended so we have put a plan in place.

This is a great opportunity to focus on individual technical skill development, so we should be encouraging what’s called isolated training. One player, one ball. There are lots of exercises that can be done on your own. If you have access to a wall there are many things that can be done other than just kicking the ball endlessly against the wall. Try to work on your first touch and turning after the ball rebounds off the wall.

SA: Do you have any favorite skill work kids in their teens can do on their own?

TOM BYER: There are many things a player can work on depending on how much space is available. If it’s inside the house, then kicking should be discouraged and ball mastery encouraged. Also, all players can benefit from the same ball mastery exercises. The difference is the more experienced players should do things much quicker and with their head up, not always looking down at the ball.

If you’re playing outside with space, then all of what I consider the core skills should be practiced. These would be, stopping and starting, changing direction with the ball, inside, outside of the foot, soles of the feet. Cutting and turning with the ball.

Vary your speed accordingly, going into the movement slow and accelerate a short distance soon after doing the action which will distance you from an opposing defender.

SA: How about kids in the early stages of organized soccer -- 6 to 10 or so? Would they be different than for the older kids?

TOM BYER: I believe everyone at all ages will benefit from these movements. We’re talking about mastery at all levels of the game. When you look at a great player like Lionel Messi, he does all of the above movements to perfection along with his acceleration being key. So you might want to practice the same things!

SA: Any advice for parents to encourage their soccer kids to stay active in the sport?

TOM BYER: Yes, parents need to encourage their kids to practice on their own as we often discuss with our program, Soccer Starts at Home. Parents are key in helping their child to improve by working outside the structured practice a few times a week. Parents should use video as a way to engage with their kids to show them they are improving week by week, month by month.

SOCCER AMERICA: You're well known for advising parents on sparking a soccer interest in very young children, before they've joined teams. For those not as familiar with your methods, what's your advice to parents to getting young children enjoying playing with ball -- to the point where they do it so much they acquire the skills like those we see in some your videos?

TOM BYER: The real key is getting a child first interested in the ball and then the game. Parents can do this by introducing a small ball inside the home for a child to play with. And when I say play with, I mean trying to get them early to do some specific things with the ball like pulling it back instead of always kicking it.

What this does is it starts conditioning the child to be more calm around the ball instead of constantly kicking the ball aimlessly with no intention. This is a natural reflex but it can be reversed if a parent both encourages doing so along with modeling the movement. Also, this has tremendous cognitive, emotional and physical benefits as well. Those benefits are recognized by one of the leading neuropsychiatrists in the world, Harvard Medical School's Dr. John Ratey, MD. 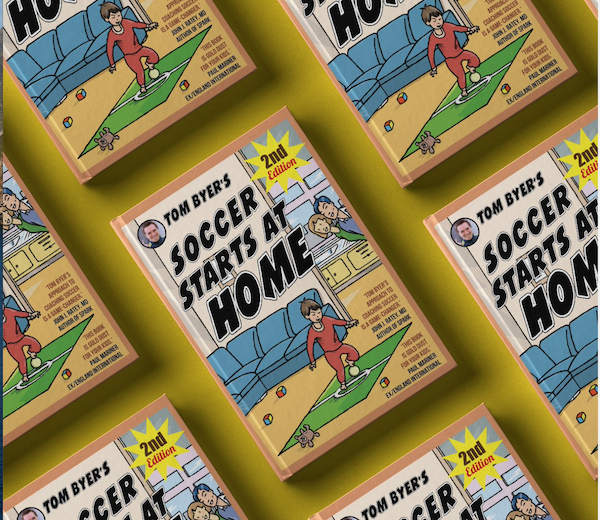 The second edition Tom Byers' book "Soccer Starts at Home" is available HERE. For $3 off the $18 cover price, use the discount code: socceramerica. His Youtube channel is HERE. In addition to his work with Japanese youth players during an era of the rise women's and men's soccer, Byer has served as Head Technical Advisor of the Chinese Football Association and been featured in an edition of “Real Sports with Bryant Gumbel” titled "Soccer Sensei." In 2017, he partnered with Washington State Association and the Seattle Sounders to develop a “Soccer Starts at Home” model. His collaboration with the Houston Dynamo included free events for parents, youth and grassroots coaches in the greater Houston area.

youth
4 comments about "Tom Byer: 'This is an opportunity to focus on individual technical skill development'".
Read more comments >
Next story loading