Lisa Cole on coaching in the USA and abroad, the state of women's soccer, and mentoring Brandi Chastain

Soccer is the world’s game. But Lisa Cole’s resume may be the only one in the world that includes all these names: Mississippi. Boston, Connecticut and Rhode Island. Houston. Papua New Guinea. Antigua & Barbuda. 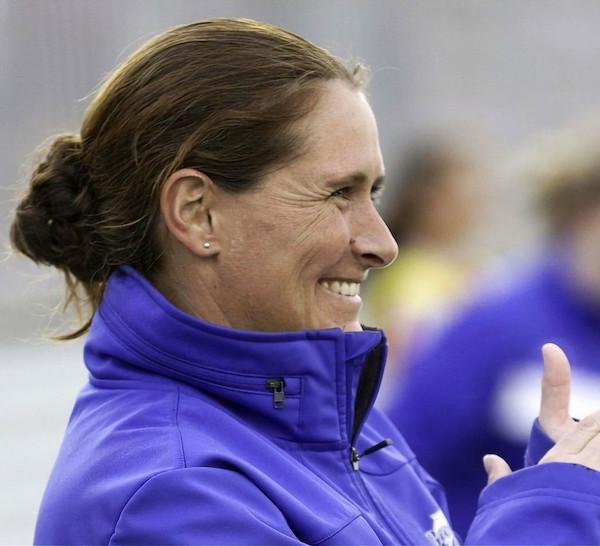 The Washington state native and 4-year Pacific Lutheran University player’s career has taken her around the globe. After coaching stints at the Universities of Mississippi, Connecticut and Rhode Island, and the head job with the professional Boston Breakers, she headed 9,000 miles west to Papua New Guinea, as the first coach of that Pacific nation’s U-20 women’s World Cup team.

Few folks in the soccer world today have a broader world view than Lisa Cole. In her range of positions, she’s witnessed (and assisted) the growth of the women’s game. She also sees how far it has to go.

Antigua & Barbuda offers a striking example of soccer’s potential. Residents of the two Caribbean islands were not always served well by history. Slaves were brutally treated, and for many years the country was an English colony.

“They’re a strong people. They believe in themselves. But you have to earn their trust,” Cole says. She spent much of the COVID pandemic there, developing good relationships with players and coaches. That helped in her drive to bring a professional environment to women’s soccer – despite the lack of a pro league women’s (or men’s) league.

For example, Cole says, some players did not want to give up their Saturday to train. “I’m big on commitment. They haven’t yet seen what it looks like to make that commitment. My task is to raise the standard. But the (Antigua & Barbuda soccer federation) has to provide opportunities too. Without pro leagues, there are no reference points.”

Yet no matter where she coaches, and at whatever level, Cole says that all athletes want the same thing: to play well and succeed. Her job is to create an environment in which that’s possible.

She did it with the Boston Breakers, as the squad transitioned from the Women’s Professional Soccer league to the Women’s Premier Soccer League Elite (where the team finished first), and on to the National Women’s Soccer League. One of her Breakers players was Kristine Lilly. Even the most capped player in the history of soccer -- men’s or women’s -- “still wanted to improve,” says Cole.

She brings that same mentality to her duties with Centre Soccer Association, near Pennsylvania State University. “The key is to have a plan, a vision, and know your ‘why,’” Cole explains. The culture she has tried to develop includes both a strong technical foundation, and the opportunity for coaches to work on needs they see for their own particular teams.

That balance -- between demanding accountability and adherence to standards, and understanding that each coach and player is an individual -- is a hallmark of Cole’s approach. She utilizes it in another program close to her heart: mentorship.

As part of U.S. Soccer’s SheChampions Coaching Mentorship Program, Cole -- who herself was mentored by the legendary Tony DiCicco -- is mentoring a younger coach. Most fans remember her as a player: Brandi Chastain.

“She’s one of the best to ever play the game,” Colel says. “Former players can be great coaches. Or they may not be, if the game came too easily to them.”

Cole helps Chastain learn tools like breaking down and analyzing a match, and how to create a long-range plan. Chastain is head coach of a De Anza Force ECNL girls team. She is an assistant with the Bellarmine College Preparatory School boys varsity, and a volunteer assistant with the women’s team at her alma mater, national champion Santa Clara University. “She’s Brandi Chastain. But even for her, making coaching a full-time job is a struggle,” Cole says.

Cole also mentors younger women through United Soccer Coaches’ 30 Under 30 program. And she’s part of a loose network of female coaches -- including highly regarded coaches Lesle Gallimore and Heather Dyche – who talk often about the game and their profession. Looking at the state of women’s soccer, Cole assesses it as “pretty good.” Worldwide, more and more people play and watch. The growth of professional leagues in other countries has been heartening. Here in the USA, Cole says, “there are a lot of good things. The Americans are World Cup champions.”

However, “there are far too few women head coaches in the NWSL and college. And youth pathways need work. We tend to over-complicate things. We won’t know for another 10 years whether the Girls Academy and ECNL are making the impact they’re supposed to. The U.S. is ahead of the world in a lot of areas, but we still lack a soccer culture. That could hurt, as other countries catch up.”

Cole did not name names. But perhaps she is thinking not only of big soccer nations like Germany and England, but other, smaller ones. Like Papua New Guinea. And Antigua & Barbuda.