Matt Eliason: The man in 'Messi & Me' on going pro, scoring, struggling, and being grateful 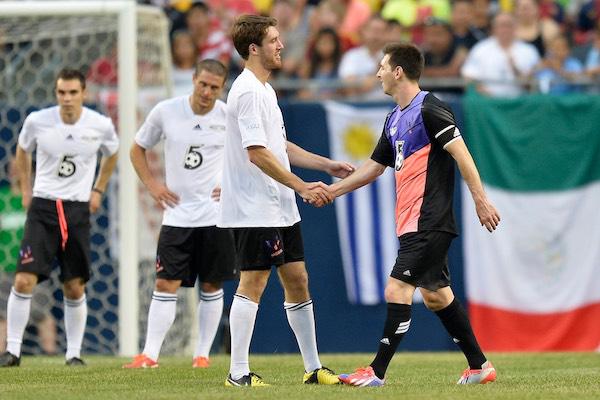 How’s this for the plot of a movie?

Walk-on lands a spot on Northwestern University’s Division I men’s soccer team. He has a solid career; goes to the MLS Combine. Isn’t selected.

A couple of years later, working a “real” job, his former coach calls. Does he want to play against Lionel Messi in an exhibition match at Soldier Field?

Sure! He plays – and steals the spotlight from the world’s greatest player with a stunning bicycle kick.

Soon he’s the leading scorer in Iceland. But he gets injured. His career is over. Now he’s back at a desk job. He wonders: Did it all really happen?

Sounds implausible? Too “scripted”? Wrong! It all happened to Matt Eliason. It’s a true story of perseverance, following a dream – and luck.

It’s all captured on film, too. “Messi & Me” is available now for download. Though much of the action took place six years ago, this movie – like “Rudy” or “Field of Dreams” – stands the test of time.

On one hand, it’s about the power of sport. Like many others teams, Eliason’s Wildcats were a diverse but tight squad. After graduation, they went their separate ways. But when Coach Tim Lenahan called a couple of years later, recruiting players to face Messi in a exhibition tour, Eliason and his former teammates overcame their initial skepticism. They were all in.

Eliason -- whose day job was in finance for GE Capital -- expected to ride the bench. But there he soon was, going against Messi in front of 20,000 spectators. When the ball came to him, with his back to the goal, instinct took over. He chested it down, launched a bicycle kick, and – though he didn’t see it, because he was trying not to break his neck while landing – scored.

The spectacular shot relegated Messi to an afterthought. The clip went viral. It found its way to No. 1 on ESPN’s Sports Center Top 10.

It caught the eye of filmmakers Renny Maslow and Jake Abraham, fellow Northwestern alums. Along with producer Greg Latterman – who teaches entrepreneurship at the school – they figured the bicycle kick story could make a good documentary.

They called Eliason. He’d just been contacted by a professional team in Iceland; they’d seen the video, and wanted to sign him. That piqued the filmmakers’ interest even more. Could they follow him overseas? Eliason – who had never been out of the USA – said, “why not?” 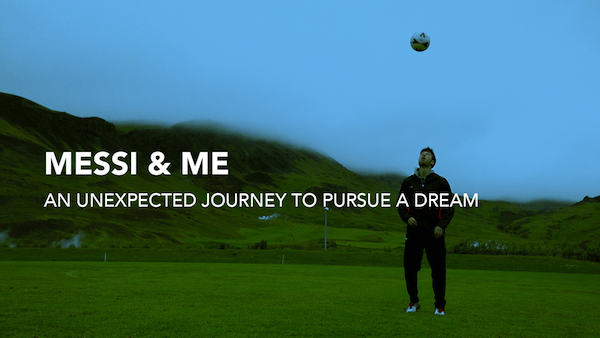 Iceland is beautiful, as footage shot there shows: mountains, rivers, geysers. But they also filmed Eliason as he attempted to fit in to a new culture, a different team, and a physically very tough league.

The documentarians were there as Eliason won the hearts of his teammates, coaches and fans with his play (and his goals). They were there too as he was injured by a rough tackle, then attempted to play through the pain. The leading scorer did not score again. Soon he was cut.

Back in Chicago, the film crew was on hand as Dr. Adam Bennett – another Northwestern alumnus, and a physician with the U.S. men’s national team – delivered the news. Eliason had played with a torn meniscus. He’d need surgery. His soccer career was over.

Today, Eliason is a management consultant. He travels all over the world (and brings his cleats, in case a game breaks out nearby). “Messi & Me” is bringing renewed attention to his remarkable story. Just like that earlier adventure, it seems surreal.

“When filming began, they didn’t know how things would end,” Eliason says of the filmmakers. “I didn’t either.”

It took several years for the movie to come together, including a COVID-induced delay. The first showing was in New York City, at a filled Scandinavia House. Eliason was nervous – it had been awhile, and he had no idea how the narrative would fit together – but he found the story to be both accurate and relatable.

“It’s easy to look back on my time on Iceland as very cool. But I realized how hard it was, day to day,” he recalls. “It was a great experience, but it was tough too – especially after my injury.”

The audience, he says, is anyone who loves competition. “You hear about the best players. But that’s only the top one percent of the top one percent. I had to struggle: to walk on at Northwestern, to get a shot to play professionally. It was so crazy to get a chance like I had, with Messi. Then I kept struggling. It didn’t turn out like I planned. But I’m so grateful I could do what I love.”

“Messi & Me” is not just a soccer film. “It’s about life lessons – putting your best foot forward,” Eliason says.

Or, in his case, putting your best foot high over your head, with your back to the goal. And then moving forward. 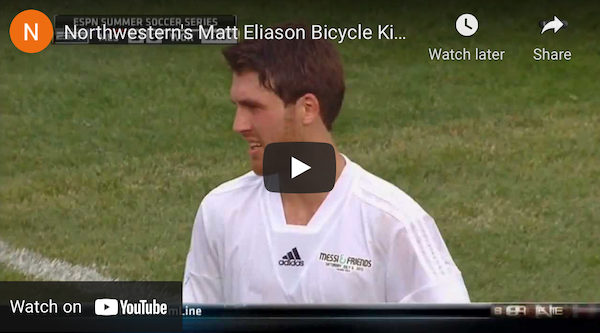 • "Messi & Me" (documentary short film, 27 minutes) debuted at the Kicking + Screening Festival and has been released on Apple TV, Prime Video, Google Play, Xbox, and KickingandScreening.com. Watch the trailer HERE.
lionel messi, reviews
3 comments about "Matt Eliason: The man in 'Messi & Me' on going pro, scoring, struggling, and being grateful".
Read more comments >
Next story loading