Sarah Fuller is back on the soccer field -- at North Texas 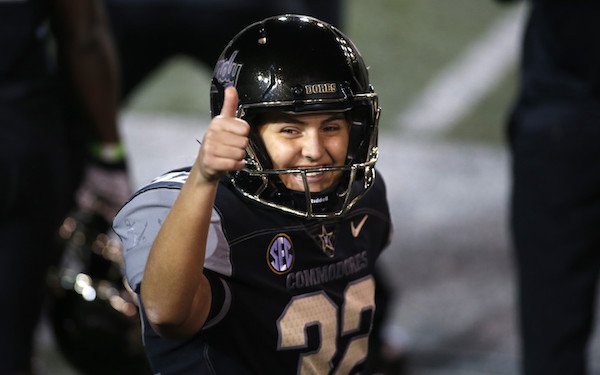 Sarah Fuller, the first female athlete to play Power 5 conference football, is back playing college soccer -- but at a new school.

Fuller has returned to her home state of Texas to play for North Texas after a memorable 2020 fall campaign in soccer and football.

In November, she won the starting goalkeeper job for Vanderbilt and helped the Commodores win the SEC soccer tournament title for the first time since 1994. After the season ended, she was drafted into place-kicking for the winless Vandy football team after COVID-19 contact tracing thinned the corps of kickers.

Wearing "Play Like A Girl" on her helmet, Fuller got to kick off in a game against Missouri and then went 2-for-2 on extra points in the SEC game against Tennessee two weeks later.

Fuller was even chosen to introduce Vice President Kamala Harris during a presidential inauguration event in January and attended the ESPY Awards. She even has an official store, where she sells her own apparel under the terms of the new NIL rules.

Fuller, who has a degree in medicine, health, and society for Vanderbilt, will be a graduate transfer with two years of eligibility at North Texas, which has won a Conference-USA record eight women's soccer trophies in just eight seasons.

"A big part of our championship success at UNT has always been having a great keeper in goal for us throughout my time here. Sarah brings that presence with her experience as the starter for Vanderbilt this season and playing in the SEC. At 6-foot-1 she has the size, athletic ability and obviously the experience to dominate in goal and add to our eight championships in C-USA."